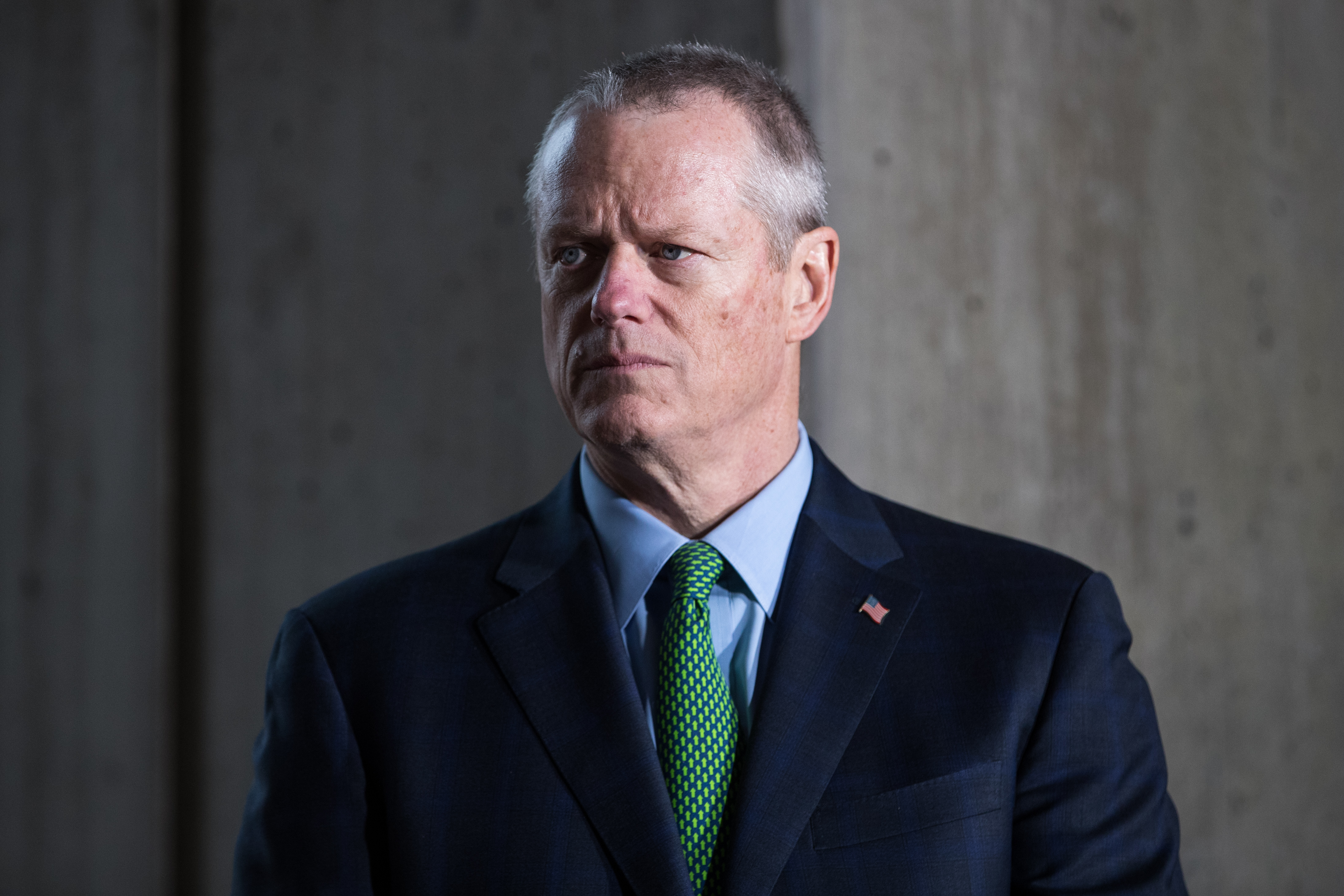 Charlie Baker Couldn’t Survive in the Party of Trump

Charlie Baker Couldn’t Survive in the Party of Trump

634
SHARES
1.4k
VIEWS
Share on TwitterShare on Facebook
All of the competing institutions and distributed powers within our government make it impossible to say who America’s most popular politician might be at any given time. But if you had to hazard a guess right now, a pretty good case could be made for Charlie Baker.

You may never have heard of the two-term Republican governor of Massachusetts, who announced last week that he wouldn’t run for reelection in 2022, but for the past seven years, he has enjoyed approval ratings that most congressmen would ritually bludgeon a press secretary to obtain. Indeed, in 11 consecutive surveys conducted by the polling group Morning Consult between September 2016 and January 2020, Baker ranked as the best-liked governor in any state. And given the fact that most of his peers at the top of the list hail from much smaller states with more welcoming political environments, the sheer numbers probably underrate Baker’s accomplishment. In a surreal inversion, local Democrats actually like the governor better than Republicans do, who have chafed over the last half-decade at his criticism of Donald Trump.

There is a caveat to all of that, however. From Bill Weld to Paul Cellucci to Mitt Romney, Massachusetts voters have always been suckers for a socially liberal, fiscally who-knows Republican. It’s a recognizable political phylum, like the endangered Main Street conservatism represented by the late Bob Dole or the mostly extinct Southern Democrat stylings of Jimmy Carter and Bill Clinton. (Hang in there, Roy Cooper!)

But this strain of popularity can also deceive. Whatever the hopeful whispers around the Greater Boston Chamber of Commerce, Baker is fool’s gold as a future Senate candidate—certainly, he’s got no more chance of knocking off Elizabeth Warren in 2024 than the then-beloved Bill Weld had of defeating John Kerry in 1996. Instead, think of him like one of those incredibly successful Division II basketball coaches whose team racks up hundreds of wins in relative anonymity. He’s put together a laudable program—89 percent approval among Democrats during the pandemic, anyone?—but the formula won’t hold up against Duke and Kentucky.

Baker’s decision to cede the field means that Massachusetts will become the Democrats’ best state-level pickup opportunity next year. While his absence should draw A-list contenders, it seems dubious that the opportunity might tempt Labor Secretary Marty Walsh away from the Cabinet, just a year after he left his previous job as mayor of Boston. A much likelier front-runner is Attorney General Maura Healey, who won nearly 70 percent of the vote in her last campaign and sits atop a mountainous campaign war chest that could carry her through a competitive primary.

The problem is that her job, almost as a rule, has been a historical dead end. In one of the weirdest political losing streaks anywhere in the country, every Massachusetts attorney general over the last 50 years has either been defeated for reelection or launched an unsuccessful run for higher office. Healey’s immediate predecessor, Martha Coakley, famously managed the feat twice by fumbling a special election for Ted Kennedy’s Senate seat in 2010 and losing a tough race to Baker four years later. By contrast, nearly all of the commonwealth’s most recent governors have come from outside of state politics—Baker and Romney from business and finance, Weld and Deval Patrick from high-flying legal careers in both private practice and the Justice Department.

It’s an electorate that gives its heart to arrivistes from heady institutions rather than party lifers, and we should therefore expect Democratic primary voters to take a long look at Harvard professor Danielle Allen, who announced her candidacy in June. The former MacArthur grantee is about as famous as any political scientist has a right to be, and her towering C.V. will draw natural comparisons with that of Elizabeth Warren; if she wins an outsider bid to become America’s first female, African American governor, you can expect the countdown for her White House bid to begin immediately.

And yet these are both candidacies that Baker could have outmaneuvered, especially in a midterm cycle that threatens to become a chamber of horrors for Democrats. Voters in a deep-blue enclave repeatedly pulled the lever for him even while simultaneously empowering an extremely liberal state legislature. He may have lost a useful foil in President Trump, whose wildly unpopular eruptions gave the governor frequent opportunities to distance himself from the national GOP, but recent polls suggested that his brand was holding up fairly well.

What daunted him might have been the task of reconciling with local Republicans, most of whom prefer the former president’s brand of politics over Baker’s. There’s no substance to the idea that the governor might have been ousted by his underpowered primary challenger, a former state representative endorsed by Trump. Independents, who make up more than half of Massachusetts voters, can participate in the state’s party primaries, and many would have flocked to the incumbent’s side. If nothing else, Baker’s strength as a fundraiser—he outspent his Democratic opponent more than five to one in his last race—assured his place on the November ballot.

But bringing his base onside would have further entangled Baker in the national tsuris over the identity of the Republican Party. Always outnumbered, the state GOP has been shadowed by scandal and mismanagement in recent years, with multiple high-dollar donors threatening to withhold support unless its leadership resigns. The ongoing rift between Baker and the head of his own local organization made for a bizarre spectacle, and one that reflects how deeply Trump’s influence has penetrated the party’s organs and structures at all levels. In the days before his announcement, it was even speculated that the governor could win a third term as an independent, a notion that some imaginative observers have floated for several years now.

Rather than try to rehabilitate the party he’s belonged to for decades, Baker chose to step aside. His move dovetails with the recent decisions of Chris Sununu of New Hampshire and Phil Scott of Vermont—two other Republicans who routinely poll among the most popular governors in the country—to spurn what could be competitive Senate races next year. Sure, being king of the hill in Montpelier is way more fun than catching twice-weekly flights in and out of Washington. But venturing into the Thunderdome of national Republican media and campaign controversies is also probably an exercise in futility, particularly for a blue state politician.

In the end, it shows the limits of where great favorables and fat reelection margins can take you. As my mother had occasion to tell me after numerous unsuccessful play dates, popularity isn’t everything.