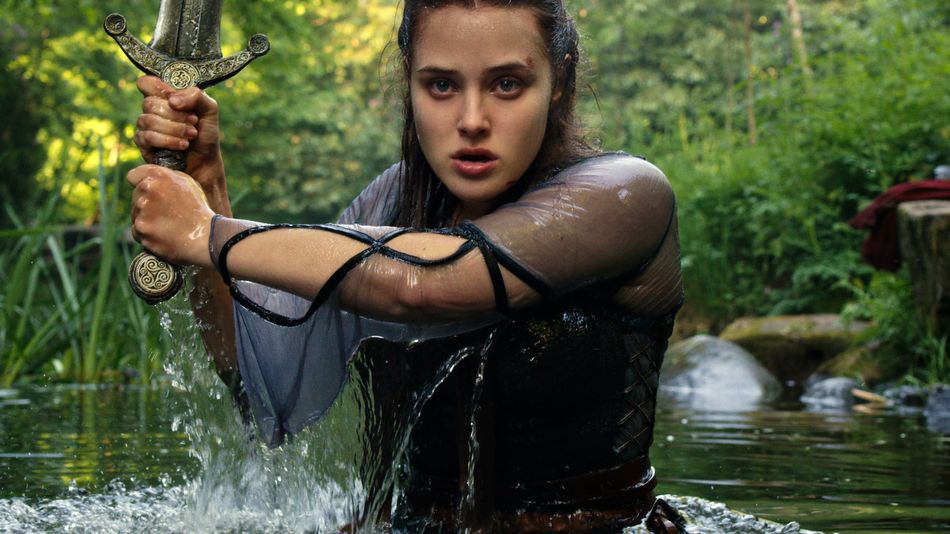 ‘Cursed’ falls short of fantasy in a waterlogged Season 1

‘Cursed’ falls short of fantasy in a waterlogged Season 1

It was only a matter of time before some interpretation of Arthurian legend appeared in the post–Game of Thrones scrabble for fantasy television.

The images of Excalibur, the Knights of the Round Table, Merlin, and the Lady of the Lake are backed by well known myths that have been written for stage and screen countless times, and so like clockwork Cursed has appeared to write their origins for a new audience on Netflix.

Of course, treading such familiar waters is a double-edged sword. In order to forge something new and compelling out of old stories, the rewrite must bring something new and interesting to the legends. Without a really good reason for existing, shows like Cursed get bogged down by the weight of their source material and wind up settling in the bottom of a lakebed, surrounded by every other attempt to rewrite something everyone already knows.

To its credit, Cursed tries to avoid the pitfalls of reinterpretation by constantly undermining the audience’s expectations of its characters. Its first season on Netflix is a wild, twisty ride that is difficult to predict. As it dips and swerves, however, Cursed accumulates plot lines and characters that make Season 1 overly dense, confusing, and by the end of the series, straight up baffling.

Cursed focuses on the story of Nimue, the enchantress who in Arthurian legend bears the sword Excalibur and passes it on to King Arthur as the Lady of the Lake. Nimue in the show is a reluctant, powerful young member of the fae, a persecuted magical minority in her kingdom. Much of Cursed’s first season deals with Nimue acquiring the coveted “sword of the first kings” and maneuvering through the political and magical ramifications of owning the series’ pointy MacGuffin — she also encounters and fights alongside the show’s versions of Arthur, Morgana, Merlin, the Green Knight, and a host of other original characters in the struggle to save her people.

That description makes Cursed sound straightforward, but the show is anything but. There is a lot packed into the first season. Somewhere between the stabby Viking romance subplot, the leaping race of deer people, and a naked Merlin writhing on the floor as the image of Nimue’s sword burns a tattoo along one side of his body, the story winds up in an impossible knot. It’s impressive to see how ballsy the show is in adding whatever the hell it wants to a known legend, but the sheer quantity of whatever-the-hell also makes its middle episodes drag with constant introductions, clarifications, and exposition.

There’s also no avoiding the awkward tone of the show, which veers between fun fantasy for children and a priest’s head exploding in a bloody mess at the drop of a hat. Cursed’s love affair with extremes contributes to the overall confusion of the first season, as it also vacillates between the derivative (Nimue’s sword operates on Lord of the Rings rules and cannot be destroyed unless it is cast into the fires in which it was forged) and the bizarre (picture a drunk, bald Merlin having an angry war council with a troupe of jewel-eyed ogres).

At its weaker points, Cursed relies on the imagery of real world oppression to make point after point about the in-show attempted genocide of the fae; the concept is literally introduced with burning crosses in the background. Its insistence on setting the conflict on Earth, as opposed to a fantasy realm, makes those images even more uncomfortable. Religious fanatics eradicate Nimue’s (primarily white) people in accordance with Christian principles, and the priests themselves are aligned with a pope in Rome. Low fantasy is certainly a valid genre, but the show’s reliance on magic and myth sits poorly with any comparison it tries to make with the Catholic Church’s long, crusade-y history of violence.

Cursed does tie up most of its confusing plot lines by the finale and manages to end on the most interesting note it’s struck all season. It does not generate a compelling desire for a second. Mostly, Cursed falls into the trap of many expendably bingeable shows, relying on its audience to passively let the next episode play in the vague hope that something might start to make sense soon and only putting in the effort to dazzle them at the last possible moment.

Cursed isn’t Netflix’s first stab at fantasy television and almost certainly won’t be the last, but the platform’s quest to capture a discerning fantasy audience will have to press on past this waterlogged attempt.

Cursed is streaming now on Netflix.

WATCH: What to binge on the best 30-day free trials