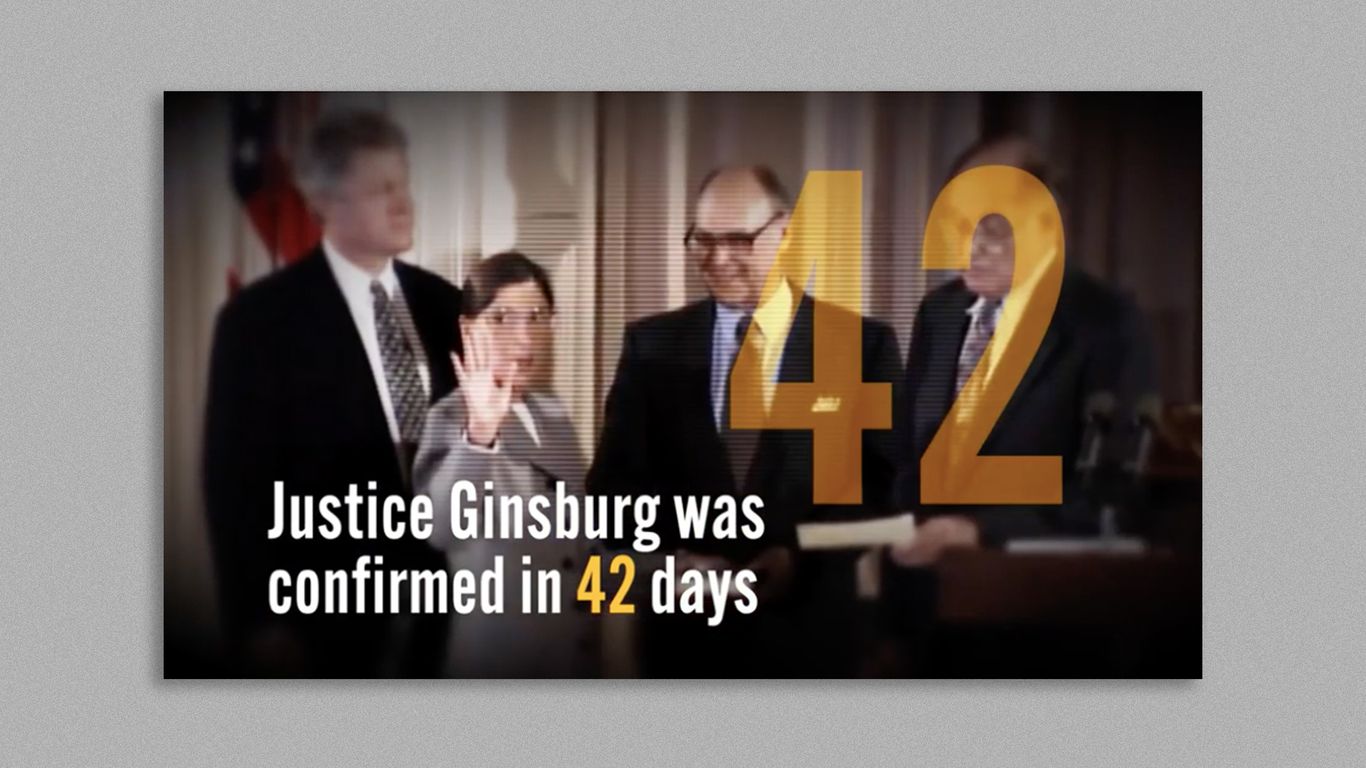 The Judicial Crisis Network is launching a $2.2 million ad campaign to put pressure on vulnerable Senate Republicans in battleground states to support a quick confirmation when President Trump announces his Supreme Court nominee.

Details: The narrator of the ad depicts Democrats as extremists for calling on President Trump and the Republican-led Senate to wait until after the election to fill the vacancy and argues there is precedent to move quickly: “Justice Ginsburg was confirmed in 42 days. Only three Senators voted against her. Justice O’Connor was confirmed in 33 days. It was unanimous.”

The backdrop: The Judicial Crisis Network — a conservative dark money group run by Carrie Severino, a former law clerk for Justice Clarence Thomas — has committed to spending at least $10 million this month on its Supreme Court mobilization efforts.

What they’re saying: “There is no reason Judge Amy Coney Barrett or Judge Barbara Lagoa could not be confirmed before the election,” Severino said in a statement to Axios, naming two women believed to be among Trump’s leading contenders. “The Senate should ignore the extremists, stick to precedent and confirm the nominee.”