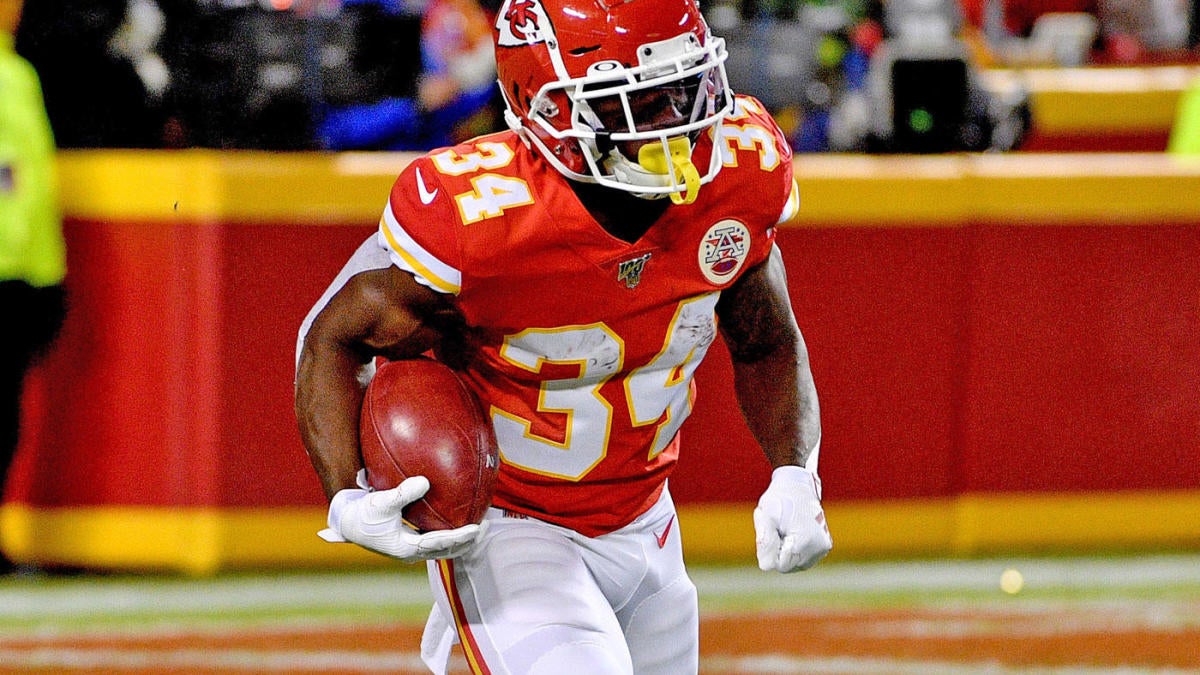 Several NFL stars are coming off career years, including the MVP-winning performance of Ravens quarterback Lamar Jackson. Can Jackson continue his position-redefining effort in 2020, or will other quarterbacks step up, making them a priority in your 2020 Fantasy football rankings? Can a player like Chiefs star Patrick Mahomes, who was 10th in the NFL in passing yardage last season, produce another season like his 50-TD effort in 2018 while simultaneously leading Kansas City back to the Super Bowl?

Last year, the model accurately predicted that Buccaneers quarterback Jameis Winston was being drastically undervalued. His Fantasy football ADP was barely in the top 100, but the model pegged him as the No. 9 Fantasy quarterback, a QB1 who would finish ahead of players like Drew Brees, Carson Wentz and Baker Mayfield, all of whom went off the board much earlier. Winston ended up being the No. 4 scoring Fantasy QB overall, outscoring all three of those other quarterbacks. Fantasy players who followed SportsLine’s advice got plenty of value with that pick.

The same model has a proven track record providing Fantasy football tips, also identifying Baker Mayfield as a bust, Mark Andrews as a breakout and Derrick Henry as a sleeper in 2019. Additionally, it’s called past sleepers like Christian McCaffrey and Alvin Kamara in 2018, as well as Davante Adams in 2017. Anybody who banked on players such as those likely made a run at their league title. This model is power by the same people who generated projections for all three major Fantasy sites, and it beat human experts last season when there was a big difference in ranking. The projections update multiple times daily, so you’re always getting the best Fantasy football advice.

Now, SportsLine has simulated the entire NFL season 10,000 times and released its latest 2020 Fantasy football rankings, along with plenty of sleepers, breakouts and busts. Head to SportsLine now to see them.

One of the 2020 Fantasy Football sleepers the model is predicting: Chargers wide receiver Mike Williams. The former Clemson standout made a huge jump forward in 2019, hauling in 49 receptions for 1,001 yards and two touchdowns. It was his first 1,000-yard season in the pros, and the yardage total was 337 over his 2018 tally despite just six more catches.

Detractors will point out that Williams snared 10 receiving touchdowns in 2018, but it is clear that he will be a vital cog in Los Angeles’ offense moving forward. With a 20.4 yard-per-catch average in 2019 and at 6-foot-4, 220-pound frame that can haul in jump-ball passes, Williams is an elite receiver in the making. The latest 2020 Fantasy football ADP shows that Williams is going off the board 37th among wide receivers. That’s a steal, according to the model, especially as Williams is ranked ahead of receivers like D.J. Chark, Will Fuller and Sammy Watkins.

The model is also projecting Steelers wide receiver Diontae Johnson as one of its top 2020 Fantasy Football breakouts. The former third-round pick out of Toledo had a strong rookie season with 59 catches for 680 yards and five touchdowns, but his involvement in the offense later in the season was particularly encouraging for his Fantasy prospects moving forward.

Johnson was targeted 31 times in the final four weeks of the season and had 23 catches for 257 yards and two scores despite playing in a struggling offense that averaged just 13.25 points per game during that stretch. With quarterback Ben Roethlisberger returning in 2020, Johnson should see improved overall target quality and target volume. That’s why the model ranks him ahead of players like Deebo Samuel and D.J. Chark despite the fact that they’re going two rounds earlier on average.

As for players to avoid, the model lists Chiefs running back Darwin Thompson as one of its biggest 2020 Fantasy Football busts. Thompson made the Chiefs’ roster as a sixth-round pick last season out of Utah State, but didn’t make much of an impact in Kansas City’s Super Bowl run. Thompson picked up just 128 yards on 37 carries in 12 games and scored just one touchdown.

The Chiefs drafted a running back too, taking LSU’s Clyde Edwards-Helaire with the 32nd overall pick. That pushes Thompson even further down the depth chart behind presumptive starter Damien Williams. That’s why the model ranks Thompson behind 21st-round options like Jamaal Williams and Giovani Bernard in standard CBS Sports Fantasy football leagues.

SportsLine is also extremely high on an overlooked wide receiver who is going off in the middle rounds of 2020 Fantasy football drafts. This receiver is ranked in the top 10 at his position and in line to outperform receivers being taken much earlier like Mike Evans and Amari Cooper. You can only see who it is, and the 2020 Fantasy football rankings for every player, at SportsLine.

So which 2020 Fantasy Football sleepers, breakouts and busts should you target and fade? And which WR1 candidate can you wait on until late? Visit SportsLine now to get 2020 Fantasy Football cheat sheets for every single position, all from the model that called Jameis Winston’s huge season, and find out.