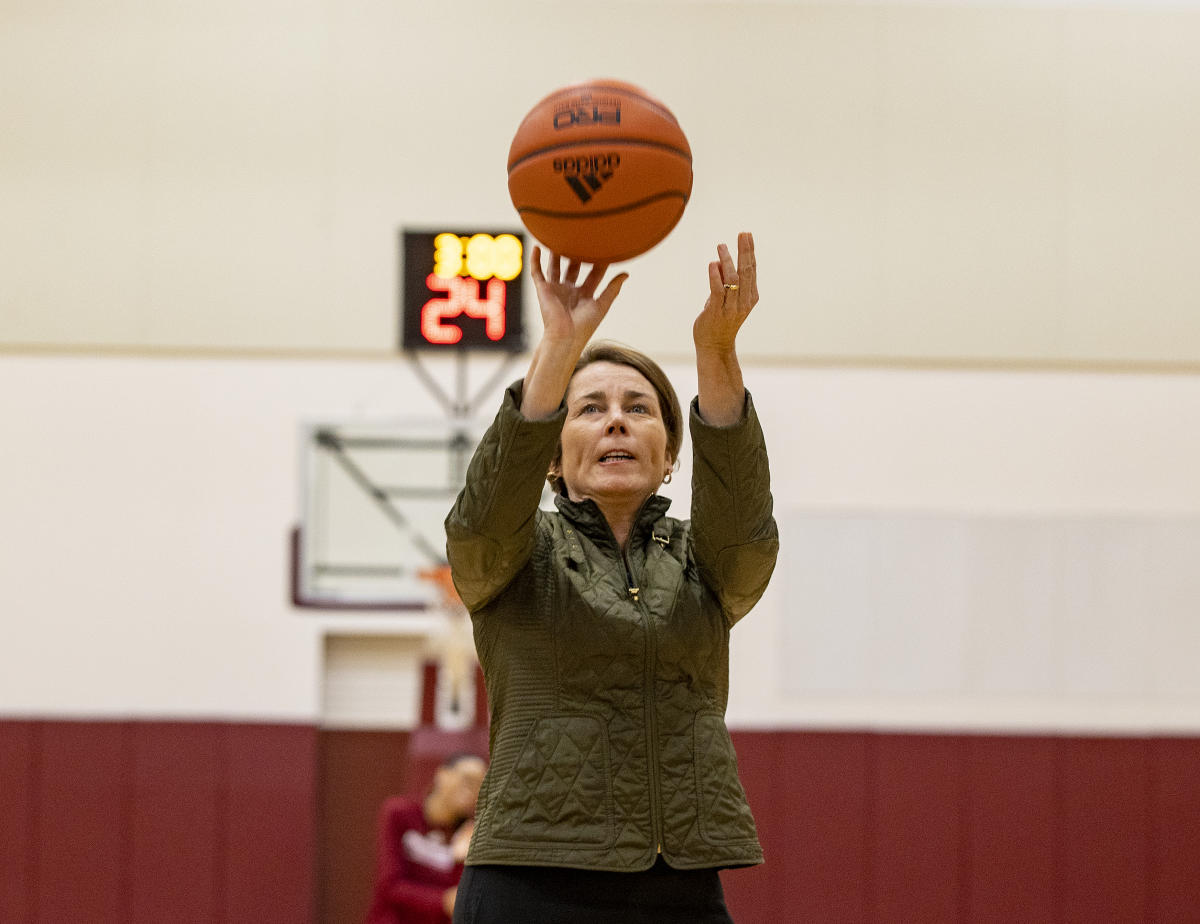 Maura Healey is going from the basketball court to the Massachusetts governor’s house, with a little under 30 years in between.

The current Attorney General of Massachusetts is projected to defeated Republican Geoff Diehl, flipping the office back to Democrats after two terms under Charlie Baker. Not only is Healey the first woman to be elected to the office, she’s also the first open lesbian to elected governor in U.S. history.

It won’t be the first time Healey has been a leader in the state.

Before her time in the legal and political worlds, Healey was the captain of the Harvard women’s basketball team, playing under longtime Crimson coach Kathy Delaney-Smith from 1988 to 1992. With Healey playing point guard, Harvard won the Ivy League championship in the 1990-91 season, and she was picked as co-captain in 1991-92.

Healey’s senior season saw her post the second-most assists in a season (150) in program history at the time, as well as win the team award for best defensive player.

Of course, Healey eventually had to move on from the sport, enrolling in Northeastern Law School and earning her JD in 1998. That didn’t mean she was done playing forever, though:

Healey entered the governor’s race after two terms as the state’s attorney general, announcing her candidacy in January and winning the primary in a landslide over Massachusetts state senator Sonia Chang-Díaz.

Considered a heavy favorite to win on Tuesday in a heavily blue state, Healey is now set to take the position of governor on Jan. 5.