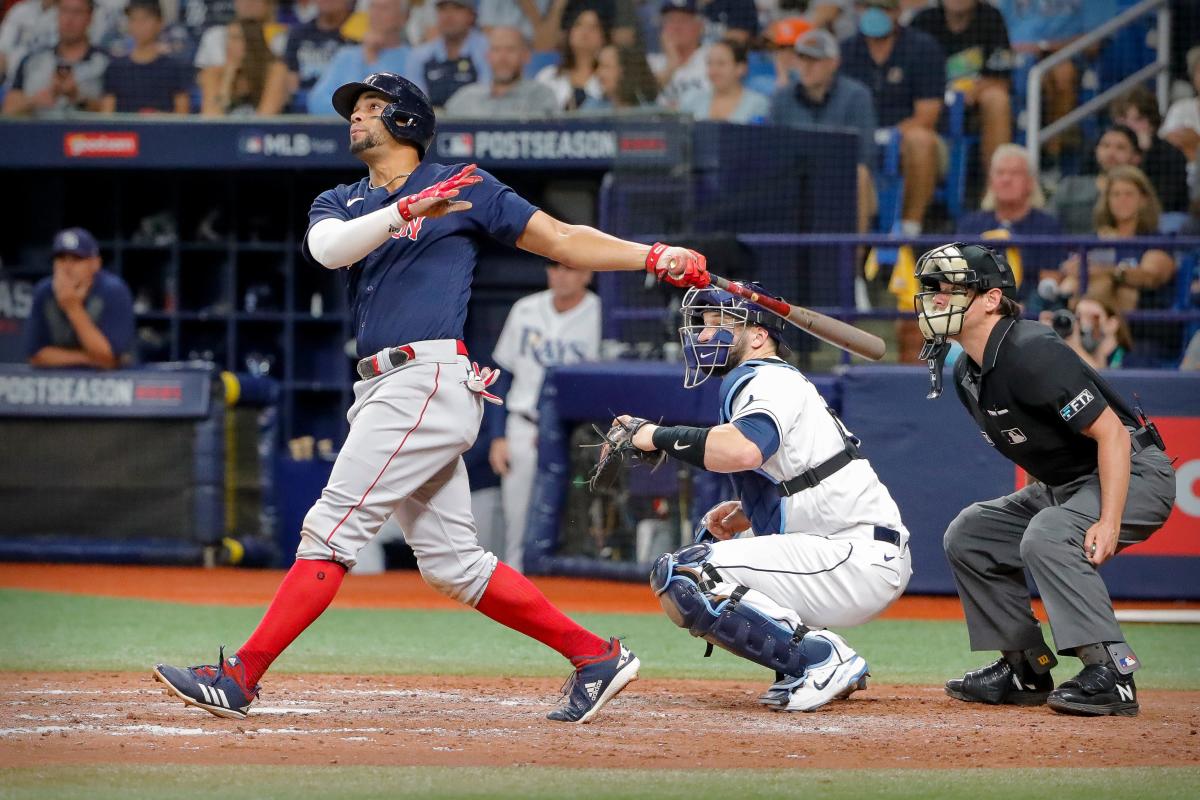 Here’s what the Red Sox should do this winter

Here’s what the Red Sox should do this winter

A quick look at the numbers from the 2022 season reveals just how much work awaits the Red Sox in the next few months.

Go beyond the last-place finish in the American League East — that was ugly enough. Boston was deficient at nearly every position in its lineup. Its two real areas of strength — shortstop and third base — come with significant contract questions.

It was hoped Chaim Bloom would have this franchise further along entering his fourth season as chief baseball officer. The Red Sox have made progress with their farm system but have gone backwards in terms of big-league talent and attendance at Fenway Park. Drafting, signing and developing are part of any successful baseball enterprise, but major markets like Boston demand accompanying contention and championships.

How can the Red Sox get back to respectability in 2023? Payroll flexibility offers them several avenues. Boston could spend in free agency, add salary via trade and extend some of its own stars. They have plenty of cash to operate on each front — more than $100 million available under the final threshold of the Competitive Balance Tax.

This will likely be the deepest position group in free agency this winter. Xander Bogaerts, Dansby Swanson, Trea Turner and Carlos Correa are all expected to hit the market — Bogaerts and Correa can opt out of their respective contracts.

The Red Sox were fourth in Wins Above Average at this position according to Baseball Reference — their highest grade in any spot last season. Bloom said at a Thursday press conference retaining Bogaerts would be the priority. Boston has exclusive rights to speak with him until what is likely to be his departure five days after the World Series.

Correa holds a long relationship with Red Sox manager Alex Cora through their mutual Puerto Rican roots and a lone season with the Astros in 2017. He’s a champion and a postseason killer — .849 OPS, 18 home runs and 16 doubles in just 79 games. He made $35.1 million this season with the Twins — Bogaerts was on Boston’s books for just $20 million.

Frankly, this should have been done prior to the start of the 2022 season. Devers spent six months driving up his price, and now the Red Sox will likely have to pay through the nose to retain him.

There isn’t anything to dislike about Devers. He turns 26 later this month, carries an elite bat to the plate, mashes opposing pitching in the playoffs and exudes a certain infectious joy in the clubhouse. Devers considerably improved his primary weakness — his defensive ability — in 2022, a suggestion that experience could be on his side as he goes forward at third base.

This is a cornerstone player. The Red Sox simply can’t allow another one to get away after trading Mookie Betts in 2020 and leaving Bogaerts in contract limbo throughout the last season.

Trading for Eric Hosmer at the deadline was a placeholder move. Boston saw the Padres in a desperate situation attempting to complete a megadeal for Juan Soto and stepped in. San Diego paying all but the veteran’s minimum of Hosmer’s salary through 2025 closed the sale.

And now the Red Sox should use Hosmer as a trade chip immediately. Casas is the future at first base and impressed with both his fielding ability and plate discipline. You’d like to see him hit a little more, of course, but that’s expected to come thanks to his patience.

Strengthen elsewhere by moving a combination of Hosmer and some prospects. There could be a mid-market team seeking an affordable veteran presence to platoon with a right-handed hitter. This is a prime chance to be creative.

John Henry will know this from his time in European soccer ownership — there is such a thing as being “good enough” for Liverpool. Players who pull on the red shirt must be of a certain standard. Those who don’t meet it are sold to different clubs, not acquired in the first place or released.

Boston needs to be more discerning going forward. Handing even secondary roles to the likes of Franchy Cordero, Austin Davis, Hansel Robles and Kaleb Ort invites questions about overall talent evaluation. Bloom couldn’t possibly have thought Jeurys Familia — with a 6.09 earned-run average before being released by the Phillies — would be worthwhile, right?

More importantly, in this market and with some of the veterans on the roster, it strains credibility. They can’t possibly have full faith in a teammate they know is substandard. That makes a difference over the course of a long season.