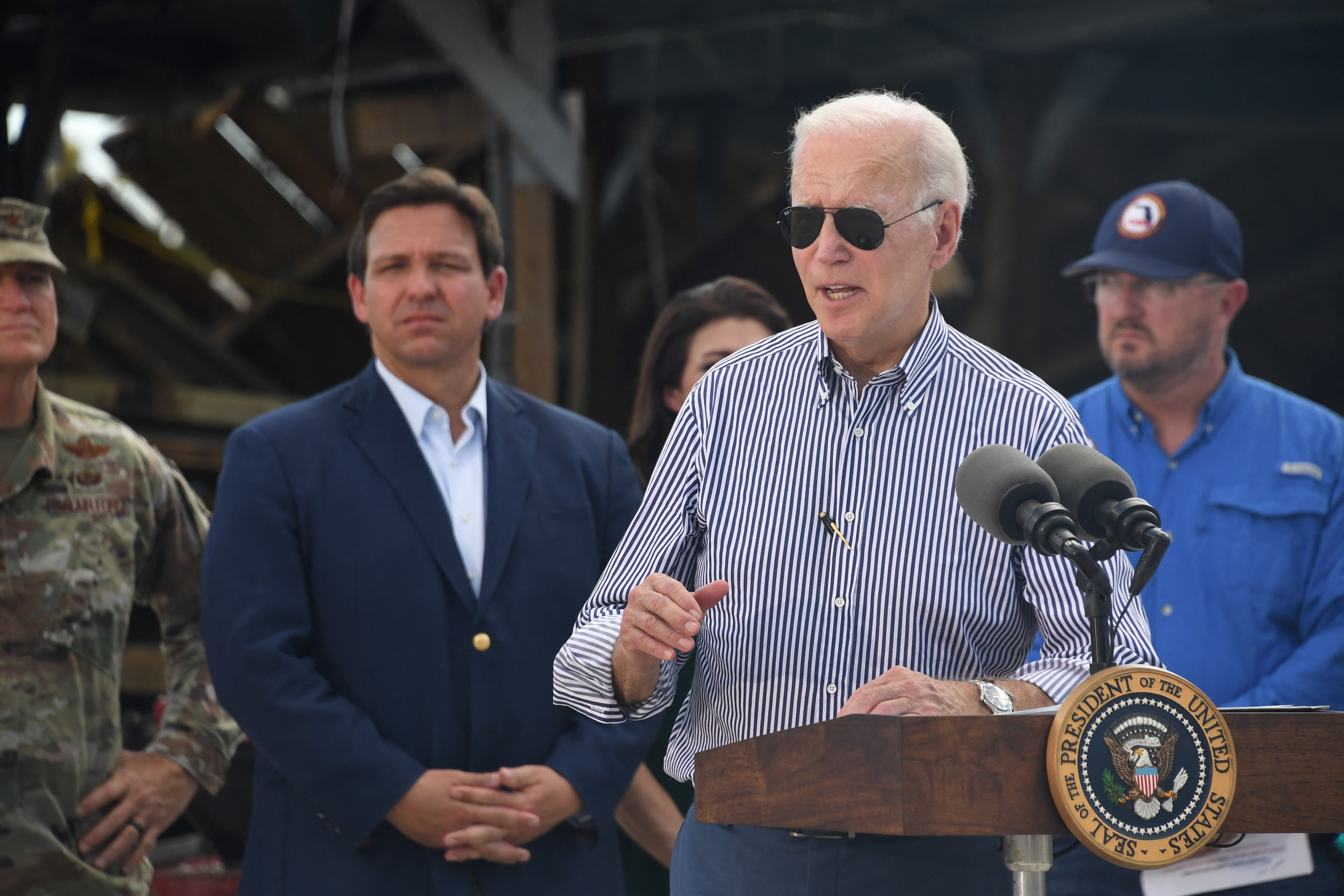 I Voted for Trump and DeSantis—and Now Regret It. Here’s How Democrats Can Appeal to Voters Like Me.

I Voted for Trump and DeSantis—and Now Regret It. Here’s How Democrats Can Appeal to Voters Like Me.

Recently, in the wake of a
devastating disaster, came a sight for sore eyes: President Joe Biden and Ron
DeSantis—the governor of my home state—set aside some obvious differences to praise
one another and renew their commitments to working together to assist the victims
of Hurricane Ian. It was a spectacular relief to see, precisely because such
moments are so rare these days. But it underscored something that really
shouldn’t need to be: Working together—or not—is a choice.

It’s also a choice to credit
DeSantis for shelving the juvenile “Let’s Go, Brandon!” silliness that’s been
his stock-in-trade. If only he’d take such credit to heart: At the risk of my
cynicism winning out, I suspect DeSantis will soon resume the politically
traumatizing rhetorical performances with which he and his fellow Republicans have become
associated, comically centered upon spectral threats such as mass-looting
migrants, Marxist teachers manufacturing gay kindergartners, and wild rewrites
of history—did you know that James Madison secretly wished that America would
become a Christian theocracy? If this display of harmony with Biden isn’t a temporary one after all, DeSantis will fail his purity test; the latter-day Confederacy
sympathizers who watch his every move might mistake him for a quisling “Republican in Name Only.”

I don’t use the word “traumatizing”
lightly. I’ve come to believe that the Republican Party’s chief political expression—perhaps
its only political expression—is doling out trauma toward its base, to keep
them angry and partisan and to encourage the dehumanization of its political
enemies. I am an ex–DeSantis and Trump voter myself; a
onetime champion of their ideas. It was watching DeSantis up close that
finally allowed the scales to fall from my eyes. There was a time I truly believed that he was an earnest, purple-state Republican with a nose for policy
and politesse. His performance during the pandemic shook me of that notion and
helped me realize just how much the Republican Party’s regular dose of trauma had affected
me.

I’m no longer registered with
any party, but I intend to vote Democrats straight down the line—not because I
want to become a convert but because I believe it is in the national interest to
submit this current form of the GOP to a political mercy-killing. I believe
that in this state, and across the country, there are many like me, and I
believe that Biden and his Democratic colleagues can, in their closing
argument, effectively summon us to their side.

These voters won’t likely
be reached with talk of policy, any discussion of which
is going to get filtered through the media’s interrogations, as well
as the million-paper-cut process to which all legislative ideas are
subjected.
These are the long stories of politics; here,
shorter ones are preferred. What about the maintenance and advancement of democracy,
the expansions of rights and freedoms? Here, we’re getting warmer.

But let’s think back to Biden’s
speech in Philadelphia, in which he painted a swath of the GOP as enemies
of democracy. There, he also built an off-ramp for the Republicans he recalls
from the early days of his political career—the ones he’s known as colleagues and friends. Biden’s open hand and open heart, in that
instance, was a moment of kindness and consideration, a balm for trauma. This
is what I saw when he arrived in Florida to tend to those who’d been affected by Ian’s ravages. Charity and goodwill, it turns out, are attractive ideas. It suggests a possible leitmotif of the Democratic Party message between now and November and beyond: malice toward none.

There are, perhaps, some
Republican elites capable of exhibiting sincere care for others; most on the right,
however, understand that displays of empathy will more often than not incur the
ire of Fox News, Breitbart, and the Alex Jones set (though Jones may have bigger problems now). The right-wing media’s
function is to keep pumping the trauma, and they’ll gleefully turn on their
idols and transform them into outcasts if they stray too far from being reliable demonizers.

An honest, effective leader
will always care about others, even at the risk of losing money, relationships,
and votes. But showing care for others, in the Republican Party’s political
trauma era, is a perfidious weakness. “Freedom,” after all, requires stepping
over the corpses of those who perished from a pandemic, en route to
bacchanalian Capitol Hill Club cocktail splurges, in which the Covid dead are
slagged for their moral failings and their just deserts. Why couldn’t they
have pulled themselves up by their bootstraps, after all?

No, this is not a political
party that “cares”—about you, your family, or your livelihood. It’s not a party
that cares enough about our history to treat it with candor. The revisionist
histories of the GOP enforce the inaccurate assertion that America is not a
democracy but a republic; we are both, and the Framers instituted a complex
form of majority rule to potentially safeguard against a tyranny of the
majority. It’s also a political party that understands that it’s not actually
in the mass appeal business anymore: To the GOP, you are either a traumatized
convert or an outsider to be treated with malice.

There can be little doubt
that the Founders would admonish this Republican Party and demand that they
read those yellowing and never-opened pocket U.S. Constitutions they carry
everywhere on their persons. Nowhere in our Constitution—or any of our founding
documents, or the Founders’ writings—will one find a singular syllable championing
the alleged features and benefits of what the GOP actually wants: permanent
minority rule.

This is why the traumatization
of its own base is so critical: It conditions them to accept these illiberal
arrangements as just, by making them susceptible to the belief that the revocation of democracy
is the beginning of liberty. Unhealed political traumatization blurs that line
between fact and fantasy; democracy and tyranny.

We already know what a GOP congressional majority will do, given the chance: At best, it will accomplish
a whole lot of nothing; at worst, it’ll continue to dismantle democracy root
and branch. We already know what GOP majorities in governors’ mansions and
state legislatures will do: They’ll tell 10-year-old girls, impregnated by their
rapists, “Good luck, let us know how you make out, and go to church on Sunday.”
They’ll keep giving teachers compelling reasons to exit their field. They’ll offer
continued advocacy of Molochian bargains, cheerleading AR15-toting 18-year-olds
who aspire to enter the infamous pantheon of mass shooters. Yes, this is a
party that’s thrown in its lot with these dealers of schoolyard mayhem, the
best-equipped and best-armed serial killers on earth, the better to keep the
chaos and its attendant trauma churning.

Donald Trump—that most
insatiable head on the GOP’s hydra—is the most politically injurious figure to
emerge in recent memory. It’s only in this aspect that he is extraordinary. The
Stockholm syndrome he’s wrought in the GOP is indefinite. In a way, he’s the
political version of a car accident on the highway. Everyone slows to
look at the wreckage; there’s some ancient instinct in us that beckons us to
take a long and lingering look at the damage. The modern GOP wants its base to
keep staring at the damage in a voyeuristic trance, soaking up the trauma.

Here’s a plain truth: The vast majority of the
adults left in the room are Democrats, and there are millions of Republicans who
know this. I recognize this because I was, once, such a Republican. The
Democratic Party may not always get policies right, but it works to better the
lives of all Americans and not just its own voters. Most Republicans,
by contrast, now make mockeries of the oaths they swear to uphold. Deep down, if you’re
a sensible Republican, you know you’ve been lied to, and exploited, by your
party; voting Democrat will mean you elevated your nation, and your democracy,
above your party affiliation.

I don’t want to mercy-kill
the Republican Party because I want one-party rule. I hate to be a party-pooper, but I think we are structurally suited to—or perhaps simply stuck with—a two-party
system. But we need a healthier two-party system, and so the GOP, in its current,
destructive form, has to go. But getting there will take a cooperative effort: There
must now be an alliance between Americans who may disagree on policies or have
ideological differences but who agree that in order to preserve a nation where
we might hash out these important political debates with one another, we need
to band together in defense of a stable government and a stable nation, where freedom
might be expanded for all to enjoy. The GOP only wants to constrict freedoms,
bring about one-party rule, and bring the whole nation under its traumatizing
vision. That’s not very kind and caring of them, is it? 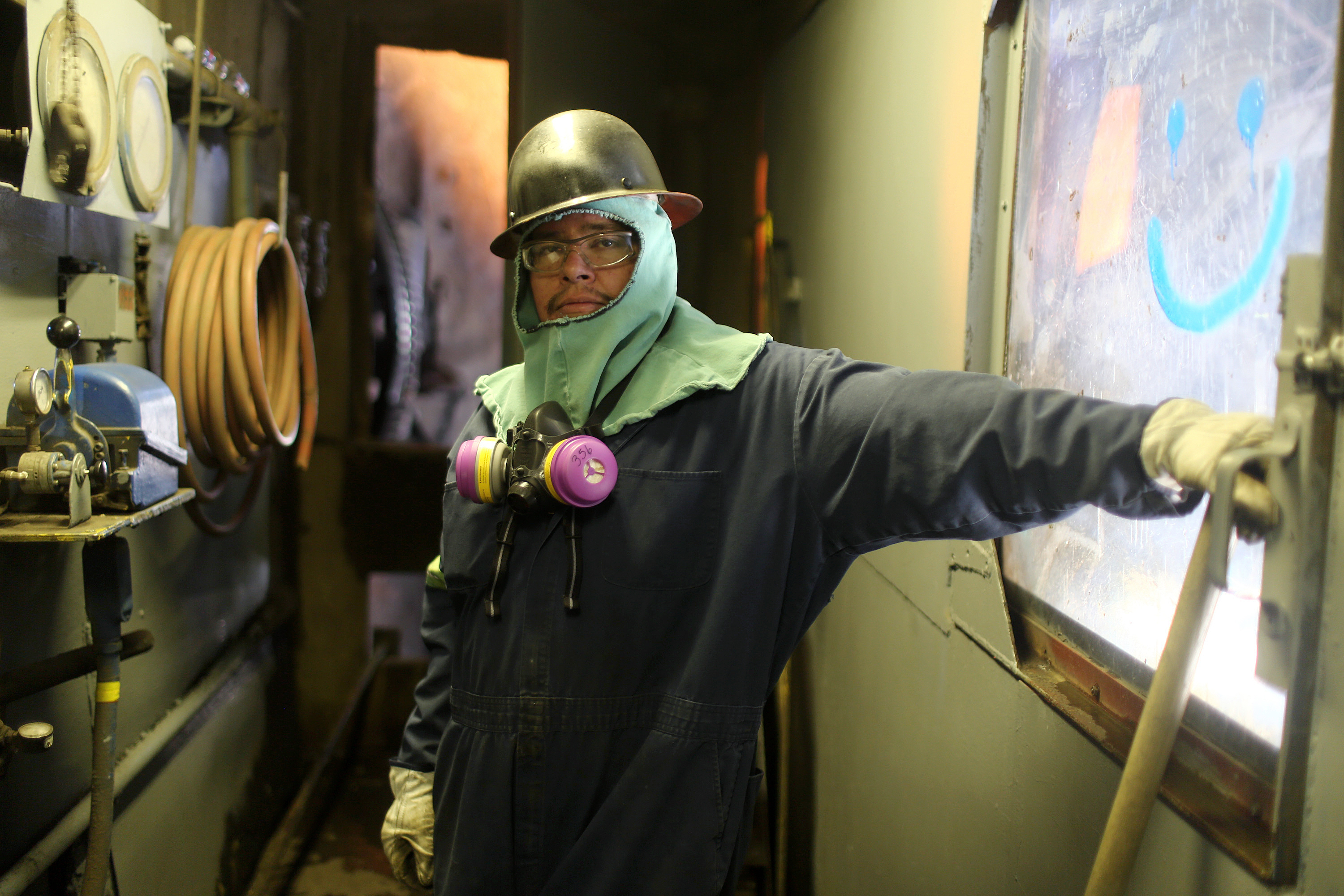