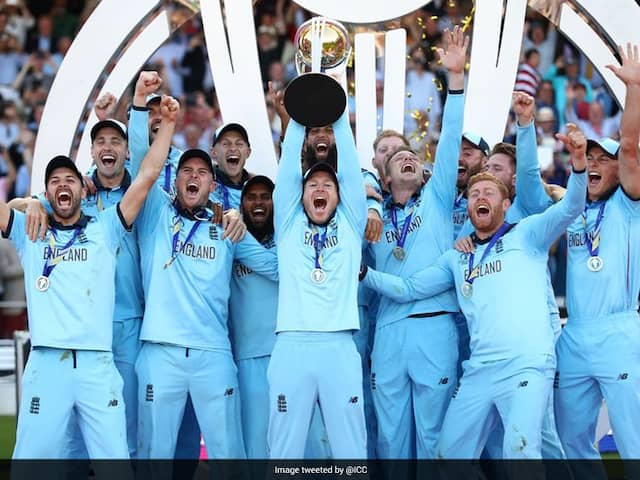 A new one-day international Super League to determine qualification for the 2023 50-over World Cup will begin this week, the International Cricket Council (ICC) announced Monday. Thursday’s one-day international between world champions England and Ireland in Southampton will be the inaugural match of the 13-nation league, with World Cup hosts India and the next seven highest-placed teams automatically qualifying for the 2023 edition. The ICC’s 12 full members and the Netherlands will take part with each side playing four home and four away three-match series.

The coronavirus pandemic has caused havoc to the cricket calendar with the 50-over and T20 World Cups pushed back. The start of the Super League was also delayed due to Covid-19.

The ICC said it was working with national boards to find dates for series in the new Super League to be “safely and practically rescheduled.”

“The decision last week to move the (50-over) World Cup back to late 2023 gives us more time to schedule any games lost due to COVID-19 and preserve the integrity of the qualification process, meaning it will be decided on the field of play, which is important,” said ICC general manager Geoff Allardice.

Under the previous qualifying system for last year’s World Cup in England, the top eight teams in the ICC rankings were joined by the top two sides from a qualifying tournament to make up the 10-team event.

“Given the situation, it will be quite different to the last time we played at home, when we lifted the World Cup at Lord’s, but it’s nice to be starting our journey for the next edition of the tournament.”

Ireland’s captain Andrew Balbirnie said: “It is obviously going to be a huge challenge taking on the team that won the World Cup just a year ago, but we have prepared well and have taken confidence from our form over the early months of 2020.

“What is important is that we are getting back on the field. I hope international cricket’s return is steady during these challenging times.”

The later qualifying tournament will feature five of the 13 sides that fail to get through directly against five associate nations.

The start of the Super League comes nearly a year after the ICC launched a world Test championship between the nine top-ranked teams.

“The league will bring relevance and context to ODI cricket over the next three years, as qualification for the ICC Men’s Cricket World Cup 2023 is at stake,” said Allardice.

“The Super League gives cricket fans around the world even more reasons to watch as the drama of league cricket unfolds,” he added.

Cricket came to a grinding halt in March due to the virus outbreak and it returned early this month with England hosting West Indies in a three-Test series.