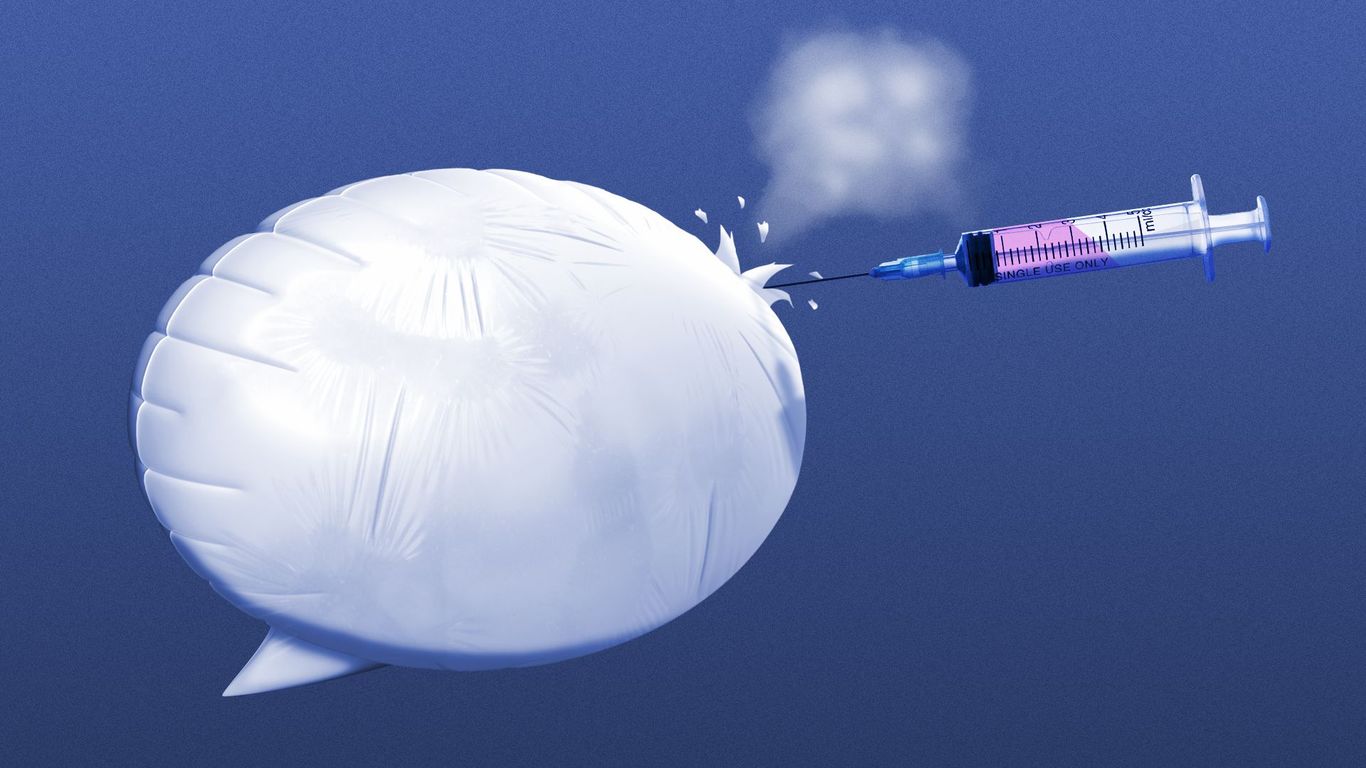 A new report from a broad range of disinformation experts finds influencers across many topics — wellness, politics and religion — were largely responsible for spreading viral anti-vaccination content in the U.S. over the past two years.

Why it matters: Influencers with large followings often introduced new and personal angles to familiar anti-vax tropes, making it difficult for social media companies to moderate their comments without running into free speech issues.

Details: The report from the Stanford Internet Observatory, Graphika and several universities and institutes, found that the same subset of recurring actors, including political leaders and celebrities, were often the ones most effective at spreading misinformation widely.

How it works: Analysts logged examples of vaccine-related misinformation as “tickets” that they then grouped together based on the narratives they used. They then measured the average weekly engagement (comments, retweets, likes, etc.) with those narratives.

By the numbers: Overall, they found that roughly one-third of anti-vax messages analyzed in the study revolved around false claims that the COVID-19 vaccines are unsafe.

The intrigue: Conspiracy theory influencers generated the largest share of engagement — 37% — across all anti-vax messaging throughout the study.

Another reason conspiracies tend to engage people is because they are novel, said Renee DiResta, a principal researcher for the study and research manager at the Stanford Internet Observatory.

The big picture: The report suggests the U.S.’ biggest adversaries, including China, Russia and Iran, played a role in spreading anti-vaccination messages in the U.S.

Between the lines: Domestic anti-vaccine influencers have a greater reach, and likely impact, on spreading falsehoods about COVID vaccines in the U.S.

What to watch: The report authors recommend public health experts counter and address themes and tropes of misinformation rather than fact-checking individuals, and use personal stories — not data alone — for counter-messaging.