Is There a New ‘SNL’ Episode Airing This Week?

Is There a New ‘SNL’ Episode Airing This Week?

Season 45 of “SNL” has been a weird one thanks to the coronavirus pandemic shutting down basically everything. But the show has gone on, with NBC putting on several “SNL At Home” episodes thus far during this period of social distancing. In the most recent of those “SNL At Home” episodes, which aired May 9, Alec Baldwin popped in with his Donald Trump impression in order to deliver the worst commencement speech ever for a class of high school seniors over Zoom.

Baldwin brought his Trump impersonation to two of the three “At Home” episodes of “SNL,” calling into Weekend Update in the first one and then appearing in this cold open sketch in the third.. In season 45, Alec Baldwin has made eight appearances as Donald Trump , starting in the premiere episode. And, notably, again in the cold open on October 26, when he shared the stage with Darrell Hammond, the former “SNL” cast member who played Trump on the show for years. Baldwin popped up less often in season 44 than he did in the previous two seasons, when he would appear as Donald Trump in the cold open most weeks.

His quarantine appearance was the first time he’d popped up on the show since the Feb. 1 episode, when “SNL” imagined a version of Trump’s impeachment trial that actually made sense.

This week, on Saturday, July 18, there WILL NOT be a new episode of “SNL.” The show’s 45th season ended with the May 9 “At Home” episode, and so there won’t be anymore new episodes on “SNL” until the fall. Though with the presidential conventions planned for this summer, we may very well get a Weekend Update special or two this summer before season 46 proper actually begins in a few months.

As is always the case when “SNL” doesn’t have a new episode, NBC will be airing a a pair of reruns on Saturday night. At 10 p.m., NBC will go all the way back to season 28 for an episode hosted by Queen Latifah — that’s from 2003! This episode kicks off with a cold open sketch in which Dan Aykroyd plays Bob Dole. Bob Dole! That was a long time ago. The musical guest for that episode was Ms. Dynamite.

And if you want some relatively fresh “SNL”-related content, you can check out “SNL” alum Seth Meyers’s chat with Weekend Update host and “SNL” head writer Michael Che on “Late Night” from last month.

While season 44 saw “SNL” seemingly tire of doing political commentary late in the season, season 45 saw it return to its politics-heavy form — and you can’t really get much more political than having a major presidential candidate make an appearance.

Every cold open this season has been political, and each has featured some surprise celebrity cameos. Including, perhaps most shockingly, Darrell Hammond’s brief appearance — Hammond was devastated three years ago when it picked Baldwin to play Trump over him. We’ve also seen Lin-Manuel Miranda and Billy Porter feature in one cold open, and Matthew Broderick in another.

While it certainly was surprising how light “SNL” was on politics in the back half of last season, it’s certainly no surprise that it’s back to its old ways given that we’re now neck deep in a new presidential election cycle. So the focus has been not just on mocking Trump, but also the circus that was the run up to the Democratic primaries.

Not that the sketch show has in any way shied away from mocking Trump. The impeachment has certainly been a common topic for cold open sketches this season. There was the one where Baldwin’s Trump went through his contacts list trying to find a fixer who could make the impeachment stop, ending with a call to Liev Schreiber playing himself — Trump thought his character Ray Donovan, a fixer on the eponymous Showtime series, was actually a real person.

There was also that one where “SNL” sent up the impeachment hearings by doing a “Days of Our Lives” parody that starred Jon Hamm.

As for the madness with the Democratic primary, we’ve had numerous big cameos in the debate sketches, as presumably “SNL” is already preparing for how season 46 will handle the general election this fall. So we’ve had Woody Harrelson make a couple appearances as Joe Biden, as well as Lin-Manuel Miranda as Julian Castro, Larry David as Bernie Sanders, Rachel Dratch as Amy Klobuchar, Fred Armisen as Michael Bloomberg, Mara Rudolph as Kamala Harris and Will Ferrell as Tom Steyer.

That’s a lot of cameos, and “SNL” actually managed to jam nearly all of those folks into a single sketch — a 12-minute debate parody from a late November episode. Miranda did not appear in that one, but he had previously popped up as Castro in October in a parody of the Democrats’ LGBTQ town hall that was moderated by Billy Porter in character as himself.

Meanwhile, the show is staying in-house for Elizabeth Warren, who has been played this season by “SNL” cast member Kate McKinnon several times, including a town hall sketch that she had all to herself. Though perhaps the real Warren might make more appearances in the future.

One of the best bits from this period of “SNL At Home” was brought to us by Alec Baldwin, who brought his Donald Trump impression to Weekend Update and shared a list of racist names for COVID-19 that we hadn’t heard before. In the next episode, we got a cold open in which Brad Pitt starred as Dr. Anthony Fauci, delivering a monologue about all the dramatically incorrect things Donald Trump has said about the coronavirus.

‘SNL’ 5-Timers Club: Most Frequent Hosts, From Alec Baldwin to Will Ferrell (Photos)

In the world of sketch comedy, there is no fraternity more prestigious than the “Saturday Night Live Five-Timers Club.” Those who have proven their worthiness by hosting “SNL” five times are invited into an elite circle, where they don luxurious satin robes, smoke expensive cigars and, for their entertainment, watch current cast members fight to the death.

Tom Brady pushed crypto to his fans. This lawyer wants him to pay up. 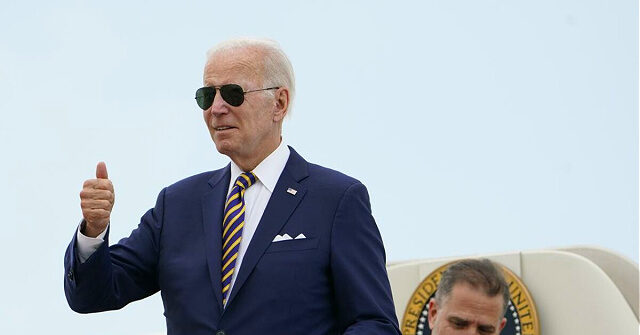