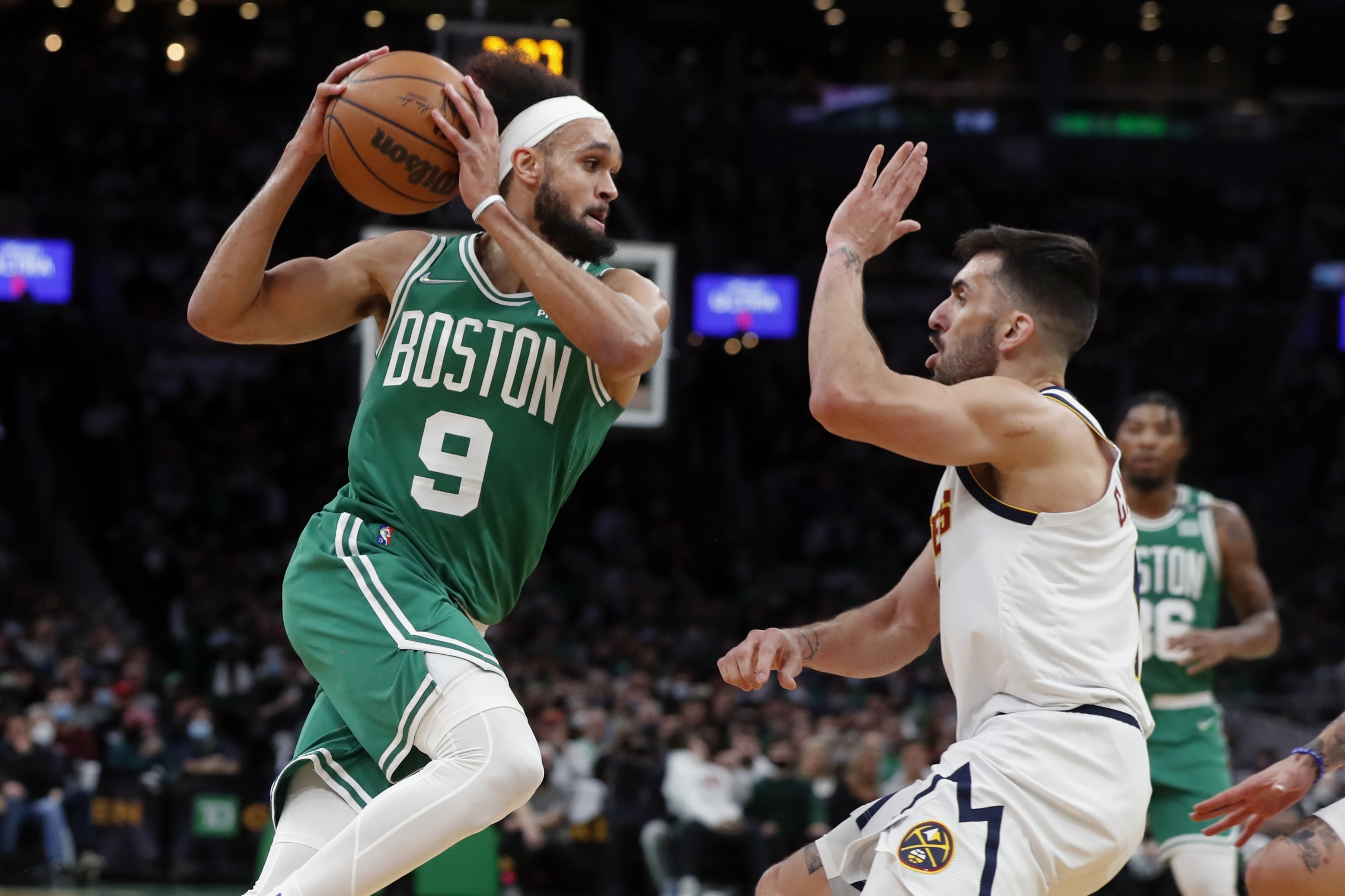 The Boston Celtics extended their winning streak to seven games with a 108-102 win over the Denver Nuggets on Friday at TD Garden to improve to 32-25 on the season following a shaky start.

With the Brooklyn Nets and Charlotte Hornets lurking behind the Celtics in the Eastern Conference standings, they couldn’t afford to drop Friday’s contest. The win also puts pressure on the sixth-place Toronto Raptors and fifth-place Philadelphia 76ers.

Boston’s win over Denver is also quite impressive considering the Nuggets have been one of the best teams in the Western Conference despite the absences of Michael Porter Jr. and Jamal Murray due to injury.

The Celtics have been propelled by Jayson Tatum and Jaylen Brown over this seven-game winning streak. Tatum entered Friday’s game having averaged 22.5 points over his last six games, while Brown was averaging 22.7 points per game in that span.

While the duo was impressive Friday night, it was newcomer Derrick White who helped give the Celtics the edge.

The Celtics acquired White in a trade with the San Antonio Spurs on Thursday, and he made an immediate impact in his Boston debut against the Nuggets.

Playing off the bench for Ime Udoka’s squad, White finished with 15 points, six rebounds and two assists in 28 minutes. He was especially effective when Tatum and Brown were on the court.

It actually shouldn’t be surprising that White fits well in Boston. Celtics president of basketball operations Brad Stevens told reporters Friday that the organization “thought for years that Derrick was a really good fit with our best players.”

Stevens also outlined what makes White such an effective player, saying he is a great defender and makes the right plays on offense. The 27-year-old averaged 14.4 points, 3.5 rebounds and 5.6 assists while shooting 42.6 percent from the floor and 31.4 percent from deep in 49 games with the Spurs.

But speaking of defense, after adding both White and Daniel Theis at the deadline, the Celtics got even better in that regard. However, Theis didn’t play Friday. Adding him into the mix will be important moving forward.

Boston entered Friday’s game with the third-best defensive rating in the NBA at 105.3. If players like White can continue being effective on both ends of the court moving forward, the Celtics will be a very difficult team to play against down the stretch.

Jokic was Denver’s best player Friday night, finishing with 23 points, 16 rebounds and 11 assists. However, the Nuggets also got equally important performances from the rest of their starting lineup in Jeff Green, Aaron Gordon, Will Barton and Bones Hyland.

The four players combined for 47 points, 18 rebounds and five assists in Friday’s loss to the Celtics.

Getting contributions from nearly every player in the lineup has been key for the Nuggets this season with Porter and Murray sidelined. Aside from Jokic, Barton, Gordon, Green and Monte Morris are averaging at least 10 points per game.

However, those contributions have only done so much for the franchise. After finishing third in the Western Conference last season, the Nuggets aren’t on pace to finish with as good of a record this year.

The Nuggets desperately need Porter and Murray to return to the lineup to compete with teams like the Memphis Grizzlies, Dallas Mavericks and Utah Jazz in the Western Conference.

It appears the duo could possibly return soon, too, as Mike Singer of the Denver Post recently reported the pair are expected to be cleared to play before the end of the regular season.

It should also be noted the Nuggets could have done something at the trade deadline to improve their current roster, but they decided to stand pat with their current lineup.

The Nuggets will be on the road to the face the Toronto Raptors on Saturday, while the Celtics host the Atlanta Hawks on Sunday.