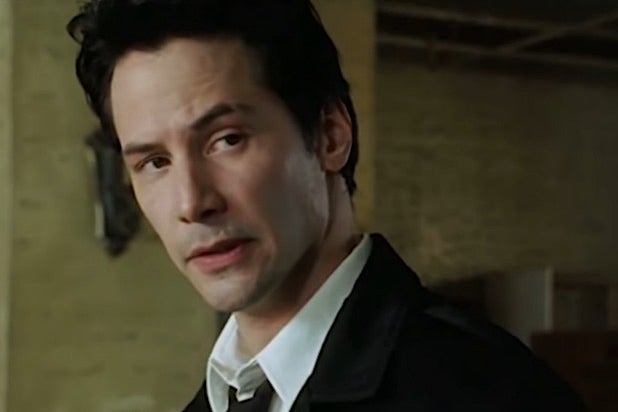 The popularity of Keanu Reeves’ 2005 comic book-inspired film “Constantine” had its filmmakers brainstorming ideas for a sequel — and one of those ideas involved the occult detective meeting Jesus himself.

Reeves was joined by “Constantine” producer Akiva Goldsman and director Francis Lawrence for an online reunion in a [email protected] panel Saturday to commemorate the film’s 15th anniversary. There, they discussed, among many things, the ideas that were tossed around to bring revive the saga of the demonologist, who has the ability to communicate with half-angels and half-demons.

“Oh, my God. [It] endlessly came up,” Goldsman said of talk of sequels. “Boy, we wanted to make…a hard-R sequel. I think we’d probably make it tomorrow. Yes, we tried a lot of different ways to find…it was always [up] to the studios who made it, which were Village Roadshow and Warner Bros. It was always a little bit of a feathered fish.”

And one of the many ideas that came up was from co-writer Frank Cappello and involved John Constantine coming face-to-face with Jesus Christ.

“[John] wakes up in a cell. He has to identify the prisoner… and it was Jesus,” Goldsman said.

So, what happened? Why have we yet to see a “Constantine” sequel? Lawrence said that it’s because the film wasn’t a “knock-out success” at the box office, saying, “We definitely talked about sequels more than [Warner Bros.].”

The 2005 film co-starred Rachel Weisz as a police officer who enlists John to help prove that her twin sister was not a suicide. And a post-credit scene with Shia LaBeouf leaves the door open for future stories “should we ever have gotten to do them,” Goldsman said.

That door remains open, and Reeves, Goldsman and Lawrence are all game for walking through it.

The oft-jeered actor has appeared in several films with far-fetched plots, including “John Wick” which opens Oct. 24

Reeves plays “Constantine’s” titular exorcist bent on saving Earth from hell — even though his soul is already damned to be interred there — in the 2005 comic book adaptation which also starred Shia LaBeouf as a sidekick cab driver.