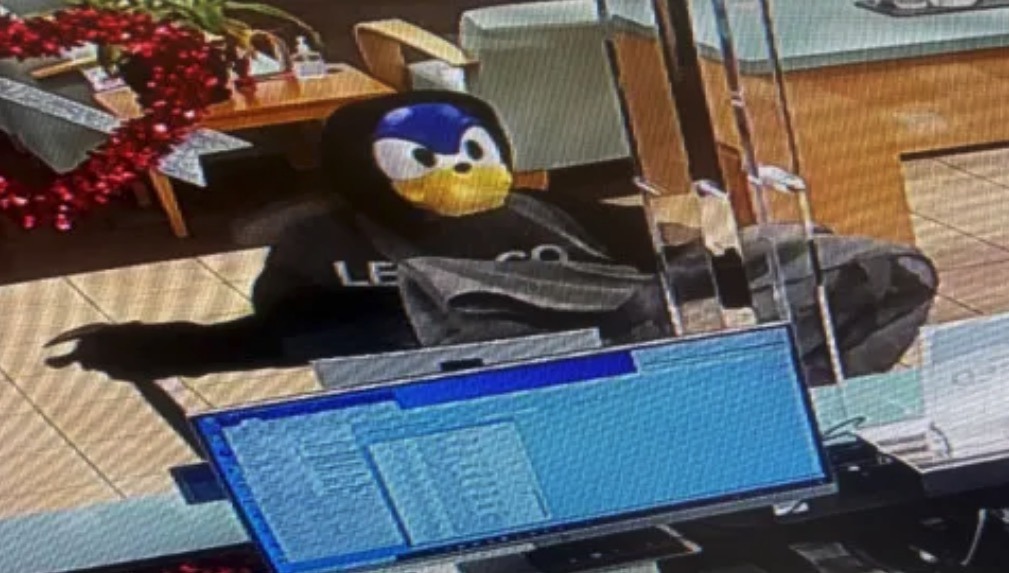 Ah, Florida, the Sunshine State. It’s also the place you’re most likely to see a man attempt to rob a bank while wearing a Sonic the Hedgehog mask, which is exactly what went down in DeLand, Florida on February 2. Local police were dispatched to handle an attempted bank robbery in the area, and witnesses on the scene described the suspect as a man wielding a large hammer with a face not unlike that of the Blue Blur himself.

The man—from behind the safety of his Sonic Halloween mask, of course—demanded money from the bank teller while banging on the partition with his hammer. While he made these demands and continued banging his hammer, another bank employee attempted to confront him, after which he fled on foot prior to the arrival of the police.

Thankfully, this incident didn’t result in any injuries to anyone, and nothing was stolen. According to reports, no arrest has been made at the time of this writing, which means, if anything, the suspect at least adhered to the “gotta go fast” rule. Police currently asking area locals to report any knowledge they may have about the incident or suspect involved.