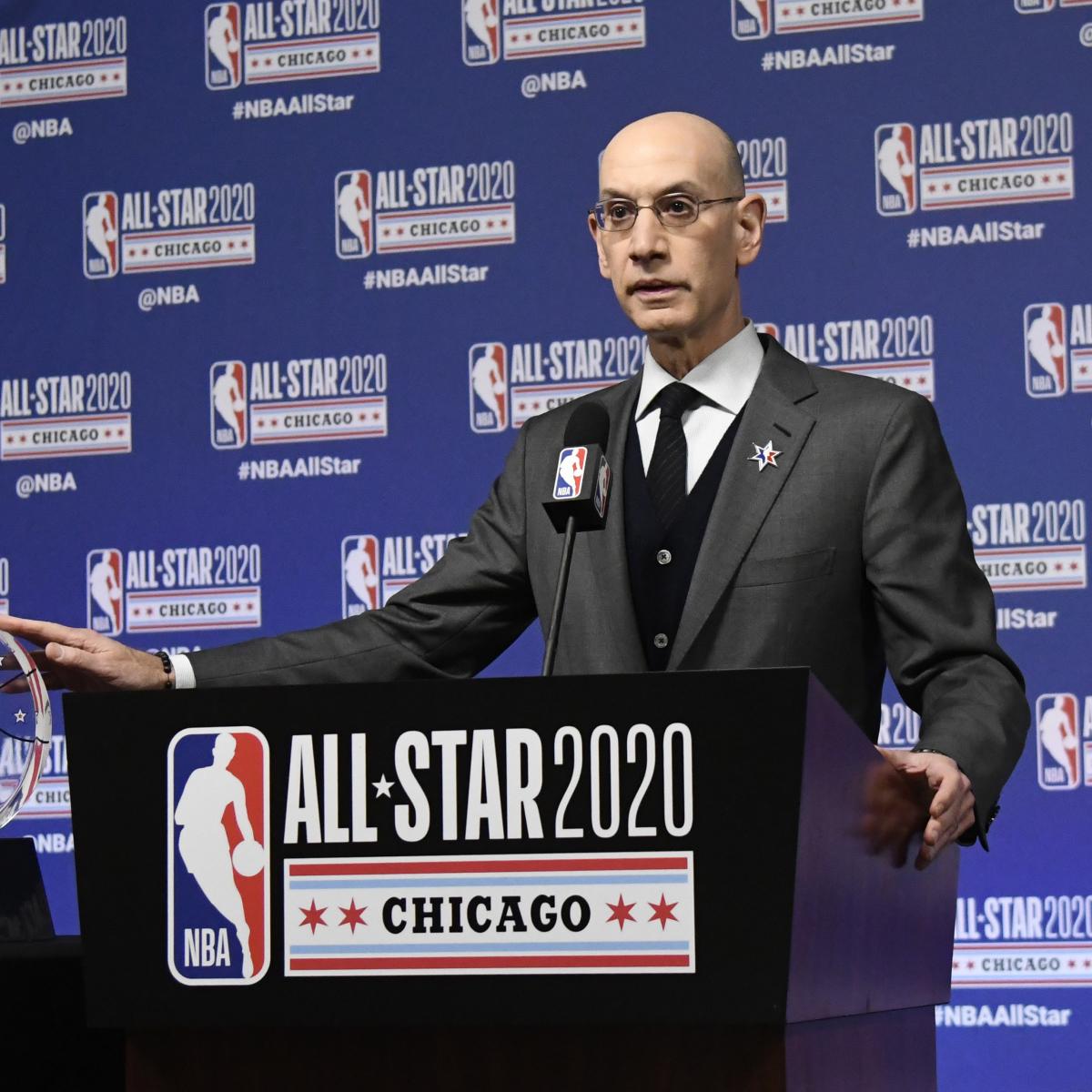 Decisions for 2019-20 NBA performance awards will be based on play up to and including March 11, when the league suspended the season because of the COVID-19 pandemic.

The season is slated to restart with eight regular-season seeding games per team at the Walt Disney World resort near Orlando, Florida on July 30.

Shams Charania of Stadium and The Athletic reported the news and noted that the awards include MVP, Rookie of Year, Sixth Man, Defensive Player and Coach of Year.

Final season stats will include the regular-season games that will take place in Florida, per Charania.

“The decision to exclude seeding games from awards voting ensures a fair process in which players and coaches from all 30 teams will have the same opportunity to be honored,” the NBA said in a note to teams, per Charania.

The top eight teams in the Eastern and Western Conference as well as the six teams within reach of a playoff spot in either conference have been invited to Florida. The eight teams encompassing the lowest portions of the standings have seen their seasons come to a close.

The voting process and winners will be announced by the league soon, according to Charania.

An ESPN Forecast panel of experts was conducted on May 30 to determine picks for the award winners. Milwaukee Bucks forward Giannis Antetokounmpo earned the panel’s NBA MVP award with 76 percent of the first-place votes. Los Angeles Lakers guard/forward LeBron James garnered the remainder of the first-place choices.

Memphis Grizzlies point guard Ja Morant was a near-unanimous choice for Rookie of the Year. He was excellent in his own right, but a Morant vs. Zion Williamson ROTY battle could have been epic. Unfortunately, Williamson suffered a torn meniscus during the preseason and didn’t suit up until January.

Toronto Raptors head coach Nick Nurse (59 percent of first-place votes) was the choice for Coach of the Year. The most hotly contested race was in the Sixth Man category, with no player earning more than 35 percent of first-place votes. That player was Los Angeles Clippers big man Montrezl Harrell, but he faces stiff competition that even includes teammate Lou Williams.

Antetokounmpo took home the Defensive Player of the Year choice. If he wins DPOY and MVP, then he will be just the third player in league history to earn that dual accomplishment in one season, with Chicago Bulls legend Michael Jordan and ex-Houston Rockets superstar Hakeem Olajuwon doing so once each.

Miami Heat center Bam Adebayo, who went from bench player to All-Star in one year, got 53 percent of first-place votes for the Most Improved Player honor.

Morant appears to be the biggest lock among those awards, with Antetokounmpo not too far behind. James was gaining some steam as an MVP candidate in the later stages of the year, however, with his Lakers cruising to a certain No. 1 seed in the Western Conference following a nine-game win streak and then an 11-1 stretch soon afterward.

The rest of the big awards at least appear to be contested in some fashion, but right now, the league is focused on pulling off the restart, which begins July 30 with the Pelicans playing the Utah Jazz.