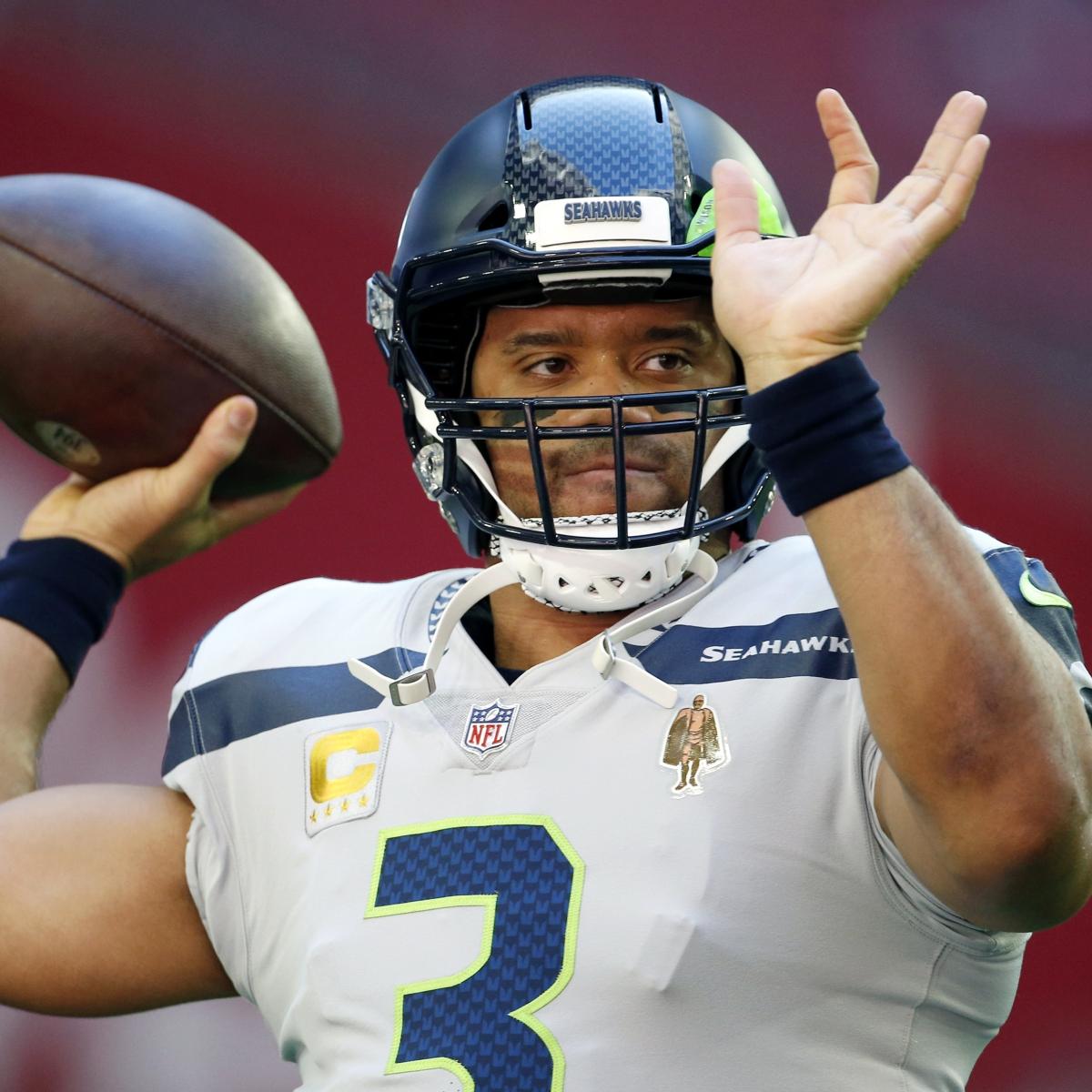 A relatively quiet NFL offseason was upended this week by a flurry of news regarding some of the game’s biggest stars.

The league announced a minimum one-year betting-related suspension for Calvin Ridley; franchise tags were given to Davante Adams, Chris Godwin and Dalton Schultz; Mike Williams and Aaron Rodgers both agreed to massive extensions; and the Seattle Seahawks agreed to trade Russell Wilson to the Denver Broncos, all within a 24-hour period.

And then on Wednesday, ESPN’s Adam Schefter reported the Indianapolis Colts are sending quarterback Carson Wentz to the Washington Commanders for a “package of picks”.

While the impact of these moves is still unfolding, many dominoes still need to fall this offseason, so let’s take a look at some that appear to be in the pipeline.

The back-to-back MVP now has a good chance to finish his career in Titletown, but backup Jordan Love could be on the way out before his even truly begins.

Green Bay upset Rodgers by spending a first-round pick on Love in 2020—part of a division between the organization and its longtime signal-caller that could have resulted in a split.

Extending Rodgers’ deal proves that fences have been mended, and trading Love would fully put the issue behind them.

Love should intrigue teams, as he has shown flashes of talent in limited action. In his lone start, he completed 19 of 34 passing attempts for 190 yards and a score while adding 23 yards on five carries.

While those aren’t elite numbers, his value lies in his potential. He’s still just 23 years old and less than two years removed from being taken No. 26 overall.

For the teams that aren’t happy with their quarterback situation—and there are plenty of those—trading for Love would offer upside that available free-agents can’t provide.

The Packers will likely take a loss on their investment. Still, moving Love for a middle-round pick this offseason will recoup some value while also providing each side a welcome chance to move on.

Wilson might not be the only notable player dealt this offseason.

After picking up Barkley’s fifth-year option last April, Big Blue owes him $7.2 million this season. All of that can come off the books if the Giants get him out of town this offseason.

The running back has hit a rough patch after being drafted No. 2 overall and breaking out as the Offensive Rookie of the Year in 2018.

While his sophomore season was also impressive, Barkley has contributed a meager 627 rushing yards and two touchdowns over the last two years. He participated in just two games in 2020 before going down with an ACL injury, and he spent another four games sidelined last season with various ailments.

A fresh start would benefit both sides, even if the Giants have to sweeten the pot by paying some of Barkley’s salary.

New York still needs to shed nearly $6 million to get cap compliant before the new league year begins March 16, making this a situation to watch.

While the Arizona Cardinals have improved in each of Murray’s three seasons as a starter—culminating in the franchise’s first playoff berth since 2015 last year—a rift between the quarterback and organization could derail this upward trajectory.

Murray wants to get paid now that he has become eligible for his first extension. The top overall pick in the 2019 draft already has a Rookie of the Year award and two Pro Bowl appearances, so a new deal seems like a no-brainer for Arizona.

However, ESPN’s Chris Mortensen reported that the 24-year-old has been “described as self-centered, immature and a finger-pointer.” The situation became even more public and ugly after Murray’s agent released a statement at the end of February calling for the organization to commit to his client financially.

SI.com’s Albert Breer is reporting that Murray wants to sign an extension before the draft on April 28, which would break the recent trend of quarterbacks such as Josh Allen, Patrick Mahomes and Deshaun Watson inking their first extension during summer months.

With Murray losing leverage after the draft—teams will be more sure of their quarterback plans then—and summer holdout rules discouraging that option, Breer believes a trade demand could happen if the sides can’t reach an agreement soon.

If the Cardinals truly believe Murray is their long-term quarterback—something owner Michael Bidwill has stated several times—it would be in their best interest to quickly hammer out an extension and put this saga behind them.

Jimmy Garoppolo might not be a superstar quarterback, but he’s arguably the best still available, Watson notwithstanding.

Garoppolo has been a lame duck since the San Francisco 49ers drafted Trey Lance at No. 3 overall last year, but he made the best of a tough situation by guiding his squad to the NFC Championship Game.

After undergoing a successful procedure on his right shoulder, the 30-year-old isn’t expected to throw again until June.

San Francisco will reportedly be an open book regarding his health, per NBC Sports Bay Area’s Matt Maiocco. That candidness could put some clubs at ease and open the door for a deal.

It might take additional time to find a suitor while teams keep tabs on Garoppolo’s recovery. Still, the eight-year veteran should find a new home via trade this offseason thanks to his talent alone.

Given how weak the 2022 class of rookie quarterbacks looks and the lack of higher-end QBs available on the open market, Jimmy G should net the Niners a relatively loft draft pick this spring.

Organizations such as the Washington Commanders and Pittsburgh Steelers should be interested so long as the quarterback progresses through his rehab on schedule.

Garoppolo gives them a chance to be competitive during the upcoming campaign, which is far more appealing than punting their chances while developing a rookie or settling for a one-year deal with a stopgap veteran.

With Rodgers and Wilson off the table, the many teams hoping to land a star quarterback this offseason will likely have to settle for a lower-tier option.

Many of these squads will come to terms with the quarterbacks on the open market, a group that includes Jameis Winston, Teddy Bridgewater, Marcus Mariota and Mitchell Trubisky.

Winston might be the most appealing of the bunch after his solid showing with the New Orleans Saints last year.

Before going down with a torn ACL—which could make some suitors leery—Winston was putting up incredibly efficient numbers.

The 28-year-old ranked at or near the top of the league in some notable categories over seven starts, including QBR, expected points added per play, touchdown percentage and several others.

If Winston can return to that level, he could be a sneaky good pickup for a contending squad.

Teams looking to kick the tires on a player who didn’t pan out in his first stop might want to roll the dice with Trubisky. After flaming out in Chicago, the No. 2 pick in 2017 spent last season backing up Josh Allen for the Buffalo Bills.

Trubisky, 27, should be a better player after studying with Allen under Brian Daboll for a year, improving his chances of succeeding in the second act of his still-young career.

Where that will come is unclear, but the Seahawks will be looking for a quarterback after dealing Wilson and could be a good fit.