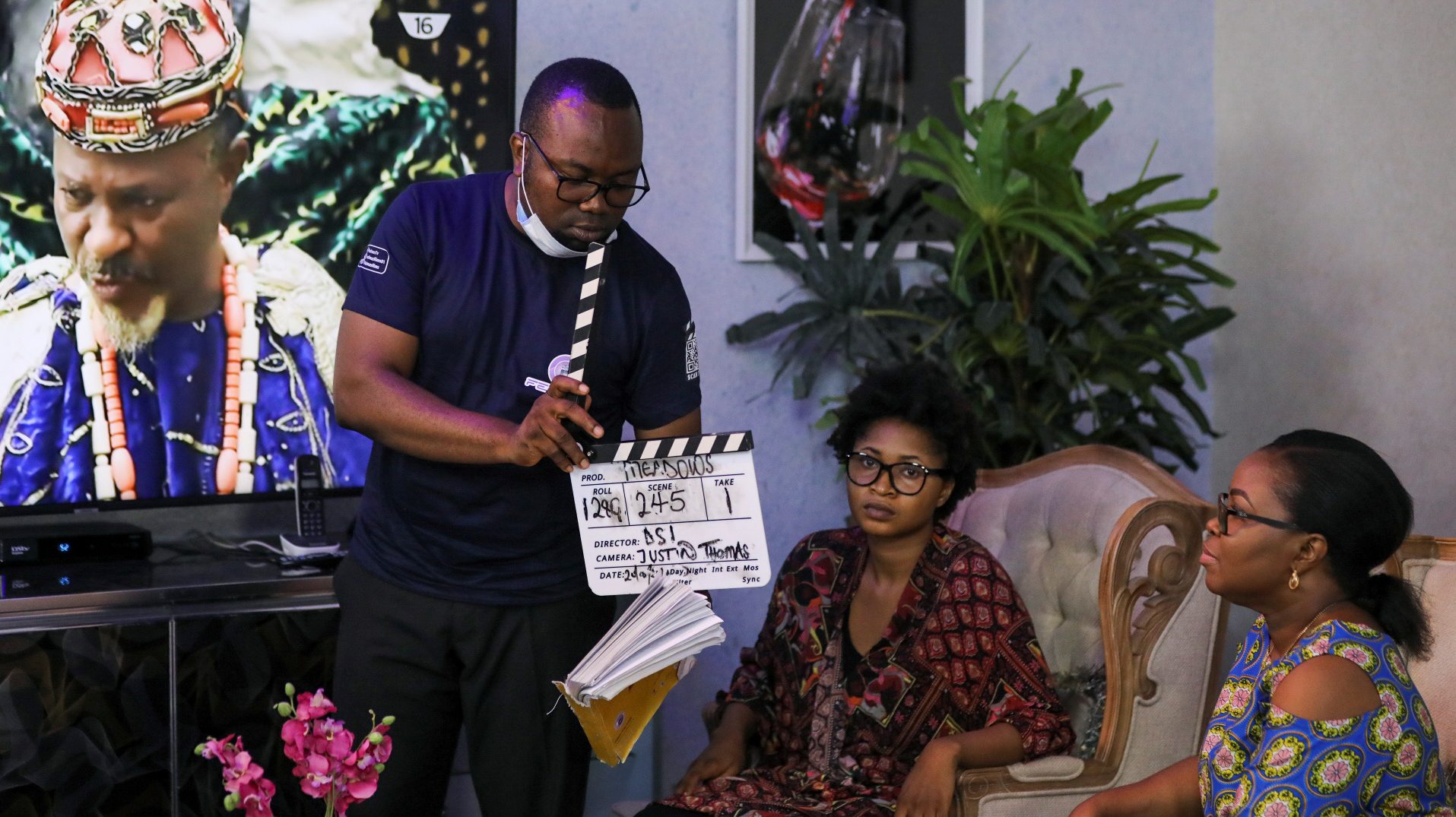 Nigerian moviegoers could soon be feeling like they’re going back in time.

Over the next 12 months, as many as five 1990s classic films in Nigeria’s Nollywood movie industry are getting either a sequel or being remade. It’s a growing trend as the local box office continues to mature given the shift from quantity to quality that has shown Nigerian movies can compete for eyeballs at local cinemas—a space long dominated mainly by American releases.

What might have represented a risk for producers—adapting nearly thirty-year old films for a younger, millennial audience that dominates box office attendances—was validated by last year’s success of Living In Bondage: Breaking Free, a sequel to its 1992 original. Despite a story that had strong ties to its prequel, the movie proved a hit, becoming the top-grossing Nollywood film of 2019. And, in the wake of the film’s success, a revival of even more Nollywood classics is on the cards over the next 18 months.

So why are producers looking to the past at a time when the industry is making rapid progress? ”Nostalgia is their biggest play,” says Chris Ihidero, producer of popular TV sitcom, Fuji House of Commotion and  drama series, Hush. Ihidero also credits the work of the precursors of the modern-day industry in creating material that remains relevant decades later. “What is now called “old Nollywood” had stronger story-telling that was relatable to a lot of people,” he tells Quartz Africa. “It’s not  surprising that Living In Bondage: Breaking Free came out and made that kind of impact—old Nollywood still has that pull.”

Even though it now competes with global film industries for volume, Nigeria’s modern-day Nollywood industry is only about three decades old. Yet, while pioneers in the early 1990s were known for high-volume movies with limited production quality, those efforts birthed a full-fledged industry as Nollywood titles—from comedy to drama—became widely popular across the country, and eventually, the continent.  But the evolution of the industry has seen more sophistication in production value and the emergence of cinema chains, culminating in the showcase of eight Nollywood movies at the 2016 edition of the influential Toronto Film Festival (TIFF).

Living In Bondage: Breaking Free illustrates the new-age revenue opportunities that movie makers did not have decades ago. With distribution through cinema chains largely non-existent in the early 1990s, films were released straight to DVD and VCD with producers being at significant risk of seeing their margins wiped out due to rampant piracy. As such, the popularity of Nollywood classics did not always translate to profits for producers.

Today, the reality is much different with much a stronger cinema distribution model—and culture—offering the promise of open-ended profits from cinema runs. Buoyed by the growing ability to recoup investment and make profits, movie makers are also responding with bigger budget films, a departure from an era when Nollywood was primarily defined mainly by low-cost, high-volume productions.

There’s also the growing prospect of even more revenue, and a wider reach, from licensing deals as streaming giants like Netflix become more invested in diversifying content libraries. After acquiring its first original Nollywood film, Netflix has added several Nollywood movies over the past year, including Living in Bondage: Breaking Free.

To be clear, multi-part movies have long been a feature of Nigeria’s Nollywood industry. In fact, filmmakers in the 1990s and early 2000s had a reputation for breaking up feature films into stretched out sequels in a bid to eke out as much revenue as possible by selling more DVDs. Despite a vastly changed distribution landscape, the new-day industry is catching on as well. Romantic comedy The Wedding Party, a huge box-office success in 2016, followed with a record-breaking sequel two years later. King of Boys, a critically acclaimed political drama which became Nollywood’s fourth-highest grossing movie ever, is also getting a sequel later this year.

Nollywood’s growing inkling for franchise sequels and remakes is not an outlier. Over the past decade, sequels, prequels, reboots, and remakes have accounted for an ever-growing share of US box-office revenue. And, last year, each of the ten highest grossing films in Hollywood were either franchise sequels, spin-offs or live-action remakes.

Sign up to the Quartz Africa Weekly Brief here for news and analysis on African business, tech and innovation in your inbox