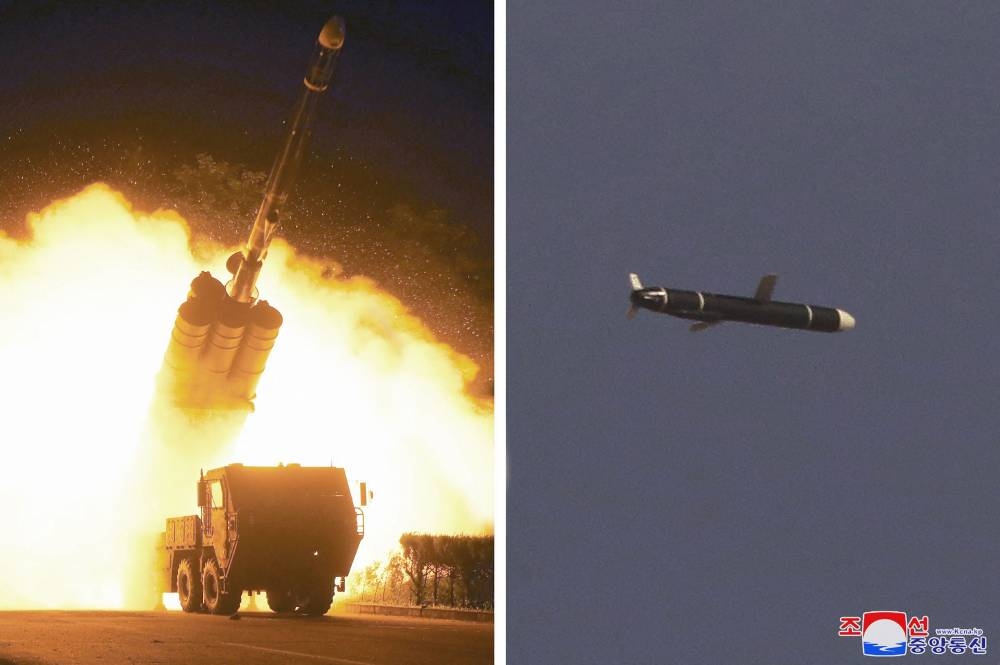 SEOUL: North Korea has test-fired what it called a new type of “long-range cruise missile” over the weekend, the country’s state Korean Central News Agency (KCNA) reported early Monday amid a long standoff with the United States over denuclearization.

The test launches, which took place on both Saturday and Sunday, were observed by high-level officials, KCNA said, adding that the tests had been carried out “successfully.”

The missiles travelled for 7,580 seconds along “oval and pattern-8 flight orbits” above North Korea and its territorial waters and hit targets 1,500 kilometers away, KCNA said.

The report called the missile a “strategic weapon of great significance,” adding that “in all, the efficiency and practicality of the weapon system operation was confirmed to be excellent.”

It also said the development of the missile system held “strategic significance,” giving North Korea “another effective deterrence means” for protecting the state and aiding in “strongly containing the military maneuvers of the hostile forces.”

The Pentagon did not immediately reply to a request for comment about the reported test launches.

Pyongyang is under a range of international sanctions over its nuclear weapons and ballistic missile programs, which it continues to pursue.

Nuclear talks with the United States have been stalled since the collapse of a 2019 summit in Hanoi between North Korean leader Kim Jong-un and then-president Donald Trump over sanctions relief – and what Pyongyang would be willing to give up in return.

Biden’s North Korea envoy Sung Kim has repeatedly expressed his willingness to meet his Pyongyang counterparts “anywhere, at any time.”

But the impoverished North has never shown any indication it would be willing to surrender its nuclear arsenal and has rebuffed South Korean efforts to revive dialogue.

Last month, the UN atomic agency, the International Atomic Energy Agency, said Pyongyang appeared to have started its plutonium-producing reprocessing reactor at Yongbyon, calling it a “deeply troubling” development and Kim’s sister and key adviser Kim Yo Jong demanded the withdrawal of US troops from the peninsula.

The North showed off four such devices at a military parade overseen by Kim in January with KCNA calling them “the world’s most powerful weapon.”

READY, AIM, FIRE This is the long-range cruise missiles tested by North Korea on Sept. 11, 2021 in an undisclosed location. North Korea said it successfully test fired what it described as newly developed long-range cruise missiles over the weekend, its first known testing activity in months that underscored how it continues to expand its military capabilities amid a stalemate in nuclear negotiations with the United States.