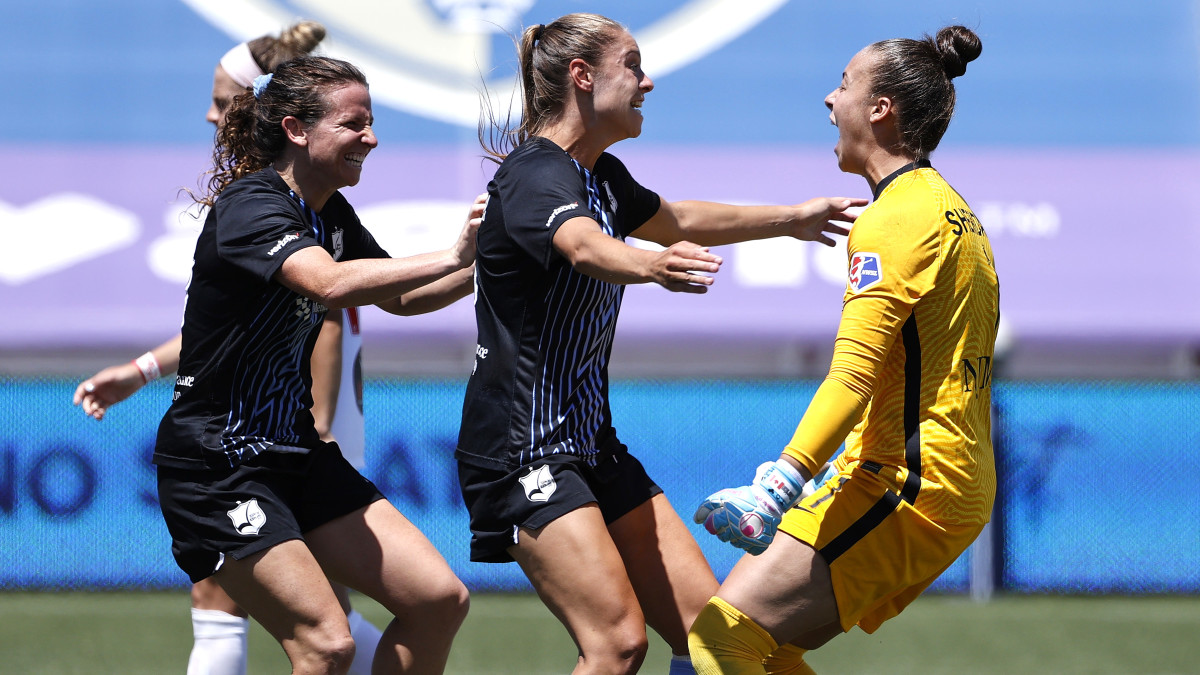 HERRIMAN, Utah — Kailen Sheridan stopped Bayley Feist’s penalty kick and Sky Blue advanced to the Challenge Cup semifinals 4-3 on penalties after a scoreless draw with the Washington Spirit on Saturday.

It was the second game of the National Women’s Soccer League tournament to go to a penalty shootout. On Friday night, the Houston Dash advanced on penalties after a scoreless draw against the Utah Royals.

Under tournament rules, tie games went straight to a shootout rather than extra periods. The last game to go to penalties before Friday night was the 2016 league championship.

Sheridan had eight saves in regulation before coming up big against Feist to end the shootout.

Sky Blue will play the winner of Saturday night’s quarterfinal between OL Reign and the Chicago Red Stars. Playing the tournament without Carli Lloyd and Mallory Pugh because of injuries, Sky Blue was seeded sixth after a pair of losses in the group stage.

The Spirit had secured the second seed with a 1-0 victory over the Dash last Sunday, but it was costly. Midfielder Andi Sullivan suffered a knee injury and is expected to miss three to six months.

U.S. national team midfielder Rose Lavelle, who scored in the World Cup final last summer in France, started on the bench for the Spirit. She came in as a sub in the second half.

Sheridan made a stunning save late in the first half when she dove to get a hand on a strike by Spirit rookie Ashely Sanchez.

The Spirit’s Kumi Yokoyama hit the crossbar with a shot from distance in the 54th minute.

Ifeoma Onumonu’s attempt at a header for Sky Blue in the 71st minute hit the ground too hard and sailed over the goal.

The eighth-seeded Portland Thorns, winners over two-time defending champion North Carolina on Friday, will play the Dash in the first semifinal on Wednesday morning.

Thorns goalkeeper Bella Bixby, who started in the group stage, announced on Saturday morning that she had injured her ACL and was headed home for treatment.

Group results determined seeding for the eight teams in the Challenge Cup. The league’s ninth team, the Orlando Pride, withdrew before the tournament because of positive coronavirus tests.