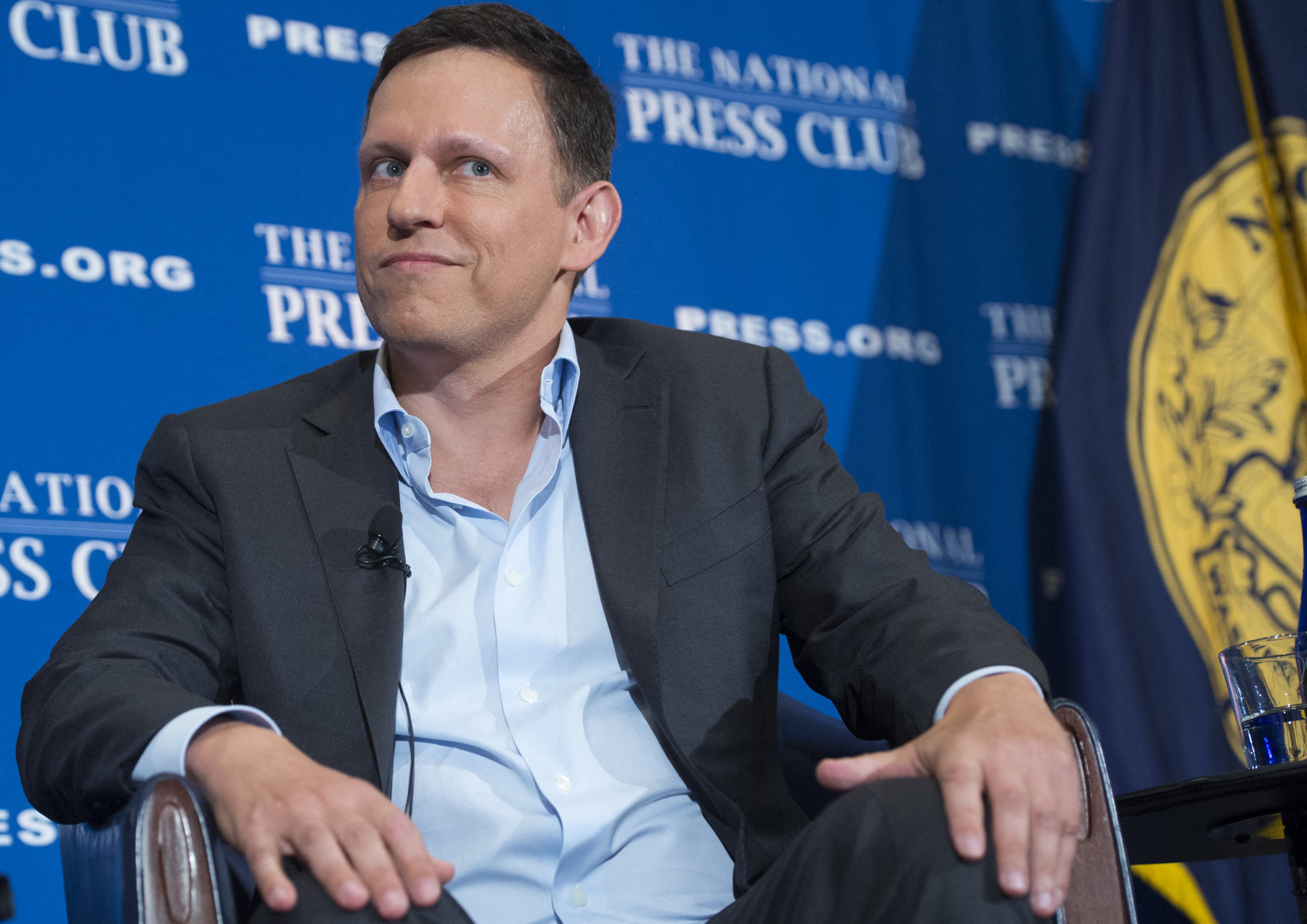 Thiel, who is worth an estimated $2.6 billion, is stepping down from the board of Facebook’s parent company Meta after more than 15 years and is reportedly set to focus on the midterms in November.

Republicans are hoping to re-take the House of Representatives and the Senate, and Thiel has already contributed $10 million apiece to the Senate campaigns of Blake Masters in Arizona and J.D. Vance in Ohio.

Both The New York Times and The Washington Post cited unnamed sources close to Thiel as saying the billionaire had his eye on a number of midterm races.

Thiel, a co-founder of PayPal, is expected to throw his support behind GOP candidates closely aligned with former President Donald Trump.

However, political scientists who spoke to Newsweek suggested that Thiel’s contributions could actually damage Republicans in competitive races with Democratic opponents.

Paul Quirk, a political scientist at the University of British Columbia in Canada, told Newsweek that Thiel would have relatively limited ability to move the most expensive races.

“Thiel is a downmarket fat cat, by the standards of major Republican contributors, with wealth estimated at $2.6 billion,” Quirk said. “He’s not likely to donate game-changing amounts of money.”

“In 2020, the close Senate races each had total spending of about $200 million or more,” Quirk added. “If Thiel is quite generous, he can make a difference to the balance of spending in a few close races.”

Quirk said the few competitive races “attract so much money that even a moderately large spending advantage is no guarantee of victory.”

“For comparison, Michael Bloomberg spent $100 million supporting the Biden campaign in Florida, Texas and Ohio—and Biden lost in all of those states,” he said.

Michael Bloomberg, who was mayor of New York from 2002 to 2013, has an estimated net worth of $70 billion, according to Forbes.

Quirk told Newsweek that a key question was “whether Thiel will focus on serving Trump’s political interests or helping the Republicans defeat the Democrats.”

He added: “If he backs Trump-supported Republicans in the primaries, in states and districts that will be competitive in the general election, he could hurt the Republicans’ chances for success in November.

“In a state or district that a Republican can possibly lose, a conspicuously Trump-aligned Republican is more likely to lose in November than one who keeps Trump in the background.”

Mark Shanahan is an associate professor at the Department of Politics and International Relations at Reading University in the U.K. and co-editor of The Trump Presidency: From Campaign Trail to World Stage. He told Newsweek that Thiel could be less influential than he might think.

“Billionaires don’t necessarily have the impact on parties that they’d hope,” he said.

Shanahan also referred to Bloomberg, arguing that he “didn’t achieve much in his own run for the White House and alienated many Democrats. But his network of operatives, and financial support for candidates has bought him lasting influence with the party.”

Shanahan added: “The board of Meta is coming under increased scrutiny from government and Thiel most likely feels he’ll have more freedom to support his own horses in the Washington race if he’s just a little bit off the scrutiny radar.

“But backing Trumpish candidates may be a case of backing the wrong horses,” he warned.

“While the former president will doubtless welcome someone else’s money in support of his preferred candidates, his political influence may already be on the decline. Thiel is taking a gamble and it’s one with decreasing certainty of success.”

Thomas Gift, founding director of University College London’s Centre on U.S. Politics, told Newsweek that Thiel leaving the board of Meta could be more important than his financial backing for Republican candidates.

Thiel has been on the board of Facebook since 2005 and was one of its first institutional investors.

Gift pointed to the the outsized role that big tech has played in America’s recent elections and political discourse.

“It’s unclear whether losing Thiel could, at least on the margins, affect how Facebook attends to controversies over free speech, de-platforming and the vetting of disinformation,” Gift said.

“If Thiel did serve as a counterweight to more progressive orthodoxies on the board, it’s not implausible to think Facebook could tilt more in the direction of policing content with his voice no longer at the table.”