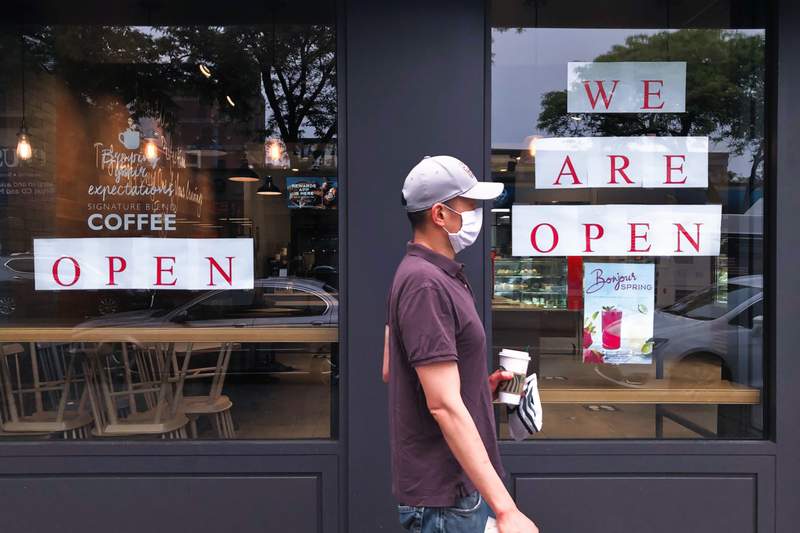 (Reuters) – The Paycheck Protection Program, a stimulus effort intended to serve as a lifeline for the nation’s smallest employers, helped to save about 2.3 million jobs through the first week of June, according to a paper co-authored by economists at the Federal Reserve Board of Governors, Massachusetts Institute of Technology and ADP Research Institute.

The program, created as part of the CARES Act in late March, had funneled more $518 billion in aid to small businesses as of mid-July. Firms with fewer than 500 employees can have their loans forgiven if they retain a certain share of employees and meet other requirements.

The researchers compared hiring trends at companies that were eligible for the program to those that were too large to qualify. They found that hiring at eligible companies rose after the launch of PPP when compared to companies that did not qualify.

The small business aid lifted employment at qualifying companies by between 2% and 4.5%, the researchers found. That amounted to about 2.3 million jobs protected, according to the central estimate provided in the study.

It is difficult to know exactly how many jobs were saved by the program, the researchers noted, since some employers may have held on to their workers even without the assistance.

Some policymakers have raised questions about whether PPP funds were distributed efficiently and fairly to businesses in need. Many lenders restricted early applications to existing customers, making it difficult for some of the smallest businesses – including minority-owned businesses in areas hit hard by the virus – to access the aid.

Lawmakers are currently debating a fourth aid package to support households and small businesses affected by the pandemic, including a potential boost to the PPP program. But Democrats and Republicans need to overcome significant differences over the scale and focus of the response.

Disclaimer: Fusion Media would like to remind you that the data contained in this website is not necessarily real-time nor accurate. All CFDs (stocks, indexes, futures) and Forex prices are not provided by exchanges but rather by market makers, and so prices may not be accurate and may differ from the actual market price, meaning prices are indicative and not appropriate for trading purposes. Therefore Fusion Media doesn`t bear any responsibility for any trading losses you might incur as a result of using this data.

Fusion Media or anyone involved with Fusion Media will not accept any liability for loss or damage as a result of reliance on the information including data, quotes, charts and buy/sell signals contained within this website. Please be fully informed regarding the risks and costs associated with trading the financial markets, it is one of the riskiest investment forms possible.