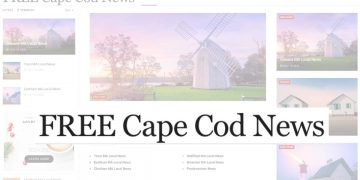 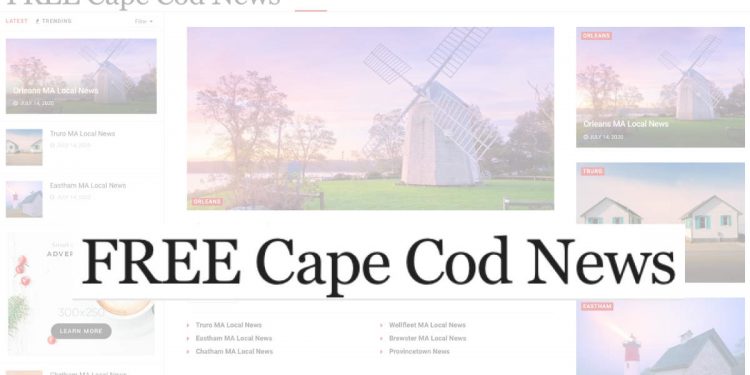 In a dramatic escalation of East-West tensions over Russia’s invasion of Ukraine, President Vladimir Putin ordered Russian nuclear forces put on high alert Sunday in response to what he called “aggressive statements” by leading NATO powers.

The directive to put Russia’s nuclear weapons in an increased state of readiness for launch raised fears that the crisis could boil over into nuclear warfare, whether by design or mistake.

Putin’s step is “potentially putting in play forces that, if there’s a miscalculation, could make things much, much more dangerous,” said a senior U.S. defense official, speaking on condition of anonymity.

Amid the mounting tensions, Ukraine announced that a delegation would meet with Russian officials for talks. But the Kremlin’s ultimate aims in Ukraine — and what steps might be enough to satisfy Moscow — remained unclear.

Hours after Putin’s announcement, the top official in the European Union said the 27-nation bloc will close its airspace to Russian airlines and fund the purchase of weapons for Ukraine.

“For the first time ever, the European Union will finance the purchase and delivery of weapons and other equipment to a country that is under attack,” said European Commission President Ursula von der Leyen. The EU will also ban some pro-Kremlin media outlets, she said.

The fast-moving developments came as Russian troops drew closer to Kyiv, a city of almost 3 million, street fighting broke out in Ukraine’s second-largest city, Kharkiv, and strategic ports in the country’s south came under pressure from the invading forces. Ukrainian defenders put up stiff resistance that appeared to slow the invasion.

Putin, in giving the nuclear alert directive, cited not only statements by NATO members — who have rushed to reinforce the military alliance’s members in Eastern Europe — but the hard-hitting financial sanctions imposed by the West against Russia, including the Russian leader himself.

Speaking at a meeting with his top officials, Putin told his defense minister and the chief of the military’s General Staff to put nuclear forces in a “special regime of combat duty.”

“Western countries aren’t only taking unfriendly actions against our country in the economic sphere, but top officials from leading NATO members made aggressive statements regarding our country,” Putin said in televised comments.

U.S. defense officials would not disclose their current nuclear posture, except to say that the military is prepared all times to defend its homeland and allies.

White House press secretary Jen Psaki said Putin is resorting to a pattern he used in the weeks before launching the invasion, “which is to manufacture threats that don’t exist in order to justify further aggression.” She told ABC’s “This Week” that Russia has not been under threat from NATO or Ukraine.

“We have the ability to defend ourselves, but we also need to call out what we’re seeing here,” Psaki said.

NATO Secretary-General Jens Stoltenberg told CNN, in reaction to Russia’s nuclear alert: “This is dangerous rhetoric. This is a behavior which is irresponsible.”

The practical meaning of Putin’s order was not immediately clear. Russia and the United States typically have land- and submarine-based nuclear forces on alert and prepared for combat at all times, but nuclear-capable bombers and other aircraft are not.

If Putin is arming or otherwise raising the nuclear combat readiness of his bombers, or if he is ordering more ballistic missile submarines to sea, then the United States might feel compelled to respond in kind, said Hans Kristensen, a nuclear analyst at the Federation of American Scientists. That would mark a worrisome escalation, he said.

Around the same time as Putin’s nuclear move, Ukrainian President Volodymyr Zelenskyy’s office announced that the two sides would meet at an unspecified location on the Belarusian border. The message did not give a precise time for the meeting.

Ukrainian officials initially rejected talks in Belarus, saying any discussions should take place elsewhere, since Belarus has allowed its territory to be used by Russian troops as a staging ground for the invasion.

Earlier Sunday, the Ukrainian capital, Kyiv, was eerily quiet after huge explosions lit up the morning sky and authorities reported blasts at one of the airports. Only an occasional car appeared on a deserted main boulevard as a strict 39-hour curfew kept people off the streets. Authorities warned that anyone venturing out with a pass would be considered a Russian saboteur.

Terrified residents instead hunkered down in homes, underground garages and subway stations in anticipation of a full-scale Russian assault.

Until Sunday, Russia’s troops had remained on the outskirts of Kharkiv, a city of 1.4 million about 20 kilometers (12.4 miles) south of the border with Russia, while other forces rolled past to press the offensive deeper into Ukraine.

The images underscored the determined resistance from Ukrainian forces. Ukrainians have volunteered en masse to defend their country, taking guns distributed by authorities and preparing firebombs to fight Russian forces.

Ukraine is also releasing prisoners with military experience who want to fight for the country, authorities said.

Putin hasn’t disclosed his ultimate plans, but Western officials believe he is determined to overthrow Ukraine’s government and replace it with a regime of his own, reviving Moscow’s Cold War-era influence.

The fighting in the south of Ukraine appeared aimed at seizing control of the country’s coastline. A Russian Defense Ministry spokesman, Maj. Gen. Igor Konashenkov, said Russian forces had blocked the cities of Kherson on the Black Sea and the port of Berdyansk on the Azov Sea.

He said the Russian forces also took control of an airbase near Kherson and the Azov Sea city of Henichesk. Ukrainian authorities also reported fighting near Odesa, Mykolaiv and other areas.

Cutting Ukraine’s access to its sea ports would deal a major blow to the country’s economy. It could also allow Moscow to build a land corridor to Crimea, which Moscow annexed in 2014 and until now was connected to Russia by a 19-kilometer (12-mile) bridge.

“Unload your weapons, raise your hands so that our servicemen and civilians can understand that you have heard us. This is your ticket home,” Moisiuk said in a Facebook video.

The number of casualties from Europe’s largest land conflict since World War II remained unclear amid the fog of war. While the fighting in Ukraine so far has not compared to the bloodshed of World War II, Russia has a long history in Chechnya and Syria of using indiscriminate urban bombing to crush resistance.

Ukraine’s health minister reported Saturday that 198 people, including three children, had been killed and more than 1,000 others wounded. It was unclear whether those figures included both military and civilian casualties. Russia has not released any casualty figures.

Ukraine’s U.N. ambassador, Sergiy Kyslytsya, tweeted Saturday that Ukraine appealed to the International Committee of the Red Cross “to facilitate repatriation of thousands of bodies of Russian soldiers.” An accompanying chart claimed 3,500 Russian troops have been killed.

The U.N. refugee agency said Sunday that about 368,000 Ukrainians have arrived in neighboring countries since the invasion started Thursday. The U.N. has estimated the conflict could produce as many as 4 million refugees.

The West is working to equip the outnumbered Ukrainian forces with weapons and ammunition while punishing Russia with far-reaching sanctions.

Over the weekend, the U.S. pledged an additional $350 million in military assistance to Ukraine, including anti-tank weapons, body armor and small arms. Germany said it would send missiles and anti-tank weapons.

The U.S., European Union and Britain also agreed to block selected Russian banks from the SWIFT system, which moves money around more than 11,000 banks and other financial institutions worldwide. They also moved to slap restrictions on Russia’s central bank.

Putin sent troops into Ukraine after building up a force of almost 200,000 troops along the country’s borders. He claims the West has failed to take seriously Russia’s security concerns about NATO, the Western military alliance that Ukraine aspires to join. But he has also expressed scorn about Ukraine’s right to exist as an independent state.

Russia claims its assault on Ukraine is aimed only at military targets, but bridges, schools and residential neighborhoods have been hit.

Ukraine’s ambassador to the U.S., Oksana Markarova, said Ukraine is gathering evidence of shelling of residential areas, kindergartens and hospitals to submit to an international war crimes court.