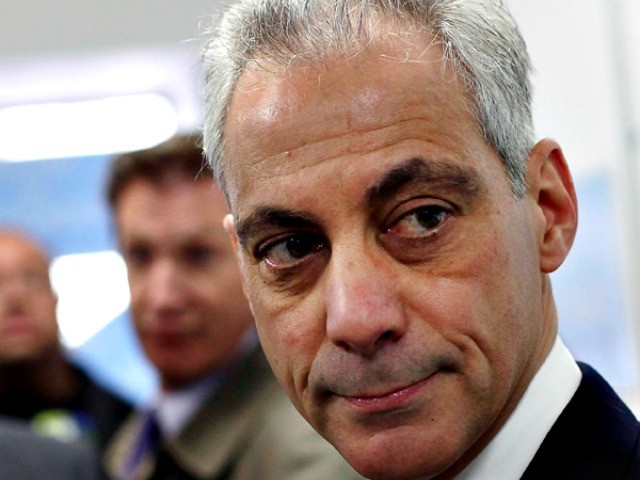 Sunday on ABC’s “This Week,” former Chicago Mayor Rahm Emanuel (D) said he could not understand Republicans who objected to a mask mandate as an infringement on personal liberties and freedoms, but saw sending “paramilitary troops” into Portland was not.

STEPHANOPOULOS: Hold on. Let me go to Rahm, because he was a mayor of one of those cities where the president is sending agents.

EMANUEL: Well, first of all, let me — I want to — I will answer that, and then I want to go back to one political point, George.

One is, you have to be very clear. The police and the superintendent of that police department are in charge, because the federal operation undermines community policing. If they’re there in coordination with the local police department, and the police department is in charge, that’s one aspect of how to deal with crime or, in the situation of Portland and Seattle, destruction of federal property.

Second is, I think it’s a bit ironic for the administration on two points. One is, they’re holding Byrne Grants for the federal — for police departments across the United States for the last three years. And now to say all of a sudden they’re for public safety and for law and order is a bit ironic.

Second is, I don’t understand the Republicans. Somehow, wearing a mask is an infringement on your personal liberties and freedoms, but sending in paramilitary troops uphold American values. That will never work.

EMANUEL: Wait a second. Hold on.

For the other thing on politics, we have two very big points here, George. One is, the president says he has enthusiasm. Joe Biden has the biggest coalition that has ever been put together in recent memory for a Democrat.

Second is, the popular their vote is no longer in doubt. Biden’s going to win the popular vote. Trump has no chance at that. The question is the electoral vote. And if you look at the states where that is, Biden is also building a very broad metropolitan coalition, metropolitan majority between the suburban and urban efforts.

And what he’s trying to do out West is break up that suburban-urban coalition and try to lure suburban voters away. And it’s not working, because his reaction is actually pushing suburban voters into the Democratic columns.

FAGEN: I think calling them paramilitary is sort of insulting, Rahm.

I mean, these are federal agents.

EMANUEL: Well, I will show you the pictures, Sara.