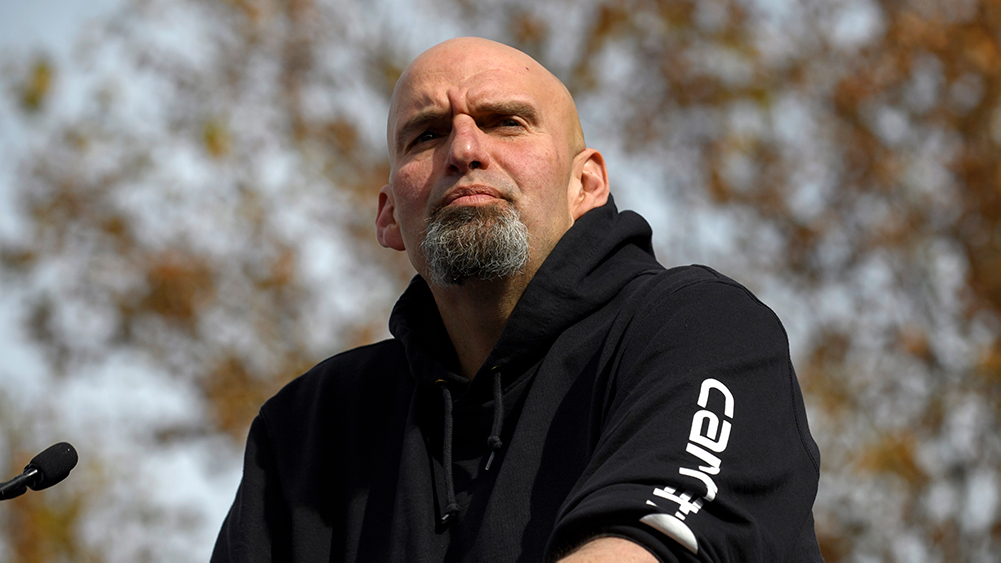 Control of the House and Senate are up for grabs in Tuesday’s midterm elections, which has been marked by concerns over high inflation, crime and threats to abortion rights.

Democrats appeared to be faring better than many predicted, as John Fetterman won a key Senate race in Pennsylvania. He overcame a stroke to defeat Dr. Mehmet Oz, the daytime TV host who was endorsed by former President Trump.

“I’m so humbled, thank you so much,” Fetterman told supporters after 1:30 a.m., his voice occasionally faltering slightly. “We held the line.”

Republicans were still favored to take control of the House of Representatives. Control of the Senate may not be decided for weeks, and could come down to a runoff in Georgia.

In New York, Democrat Kathy Hochul was elected to a full term as governor, turning back a challenge from Lee Zeldin. Hochul took office last year, after Andrew Cuomo resigned in a sexual harassment scandal. Zeldin had sought to capitalize on concerns over rising crime, and appeared to be within striking distance in recent days.

J.D. Vance, a Republican, was declared the winner of a close Senate race in Ohio, beating Rep. Tim Ryan. Democrat Maggie Hassan was re-elected in New Hampshire, fending off a Republican challenge. Several other Senate races remained too close to call.

Republicans need to net only five seats to claim a majority in the House. Kevin McCarthy, the leader of the House Republicans, is expected to succeed Nancy Pelosi as speaker if his party gains control.

But while Republicans still appeared on track to win a majority, several cable news commentators, including Sen. Lindsay Graham, said that it did not appear that they would win a “wave.” Republicans had hoped to net at least 20 seats.

Meanwhile, Gov. Ron DeSantis won re-election in Florida by a wide margin, while Josh Shapiro, a Democrat, was declared the winner of Pennsylvania governor race. Another Democrat, Gretchen Whitmer, was re-elected governor of Michigan.

Democrats have struggled throughout the year in the face of high gas prices and 8% inflation. They have sought to counter the economic headwinds by arguing that Republicans and their standard-bearer, Trump, pose a threat to democracy. They also made much of the Supreme Court’s decision to overturn Roe v. Wade, with abortion ranking high among voters’ concerns on Election Day.

An exit poll prepared by Edison Research for CNN and the major news networks showed that 76% of voters believe the economy is “not good” or “poor.” The poll also showed that 55% of voters disapprove of President Joe Biden’s handling of his job, while 44% have a favorable view.

With counting is expected to drag on for some time in several key states, the outcome in many races may not be known on Tuesday, or even for days thereafter.

The party that holds the White House typically suffers losses in the midterms and control of the House has flipped to the out-party three times in the last 20 years.

The Senate has been split 50-50 for the last two years, so Republicans would need to net only one seat to take control of the upper chamber. States like Georgia, Pennsylvania, Arizona and Nevada have been the key battlegrounds.