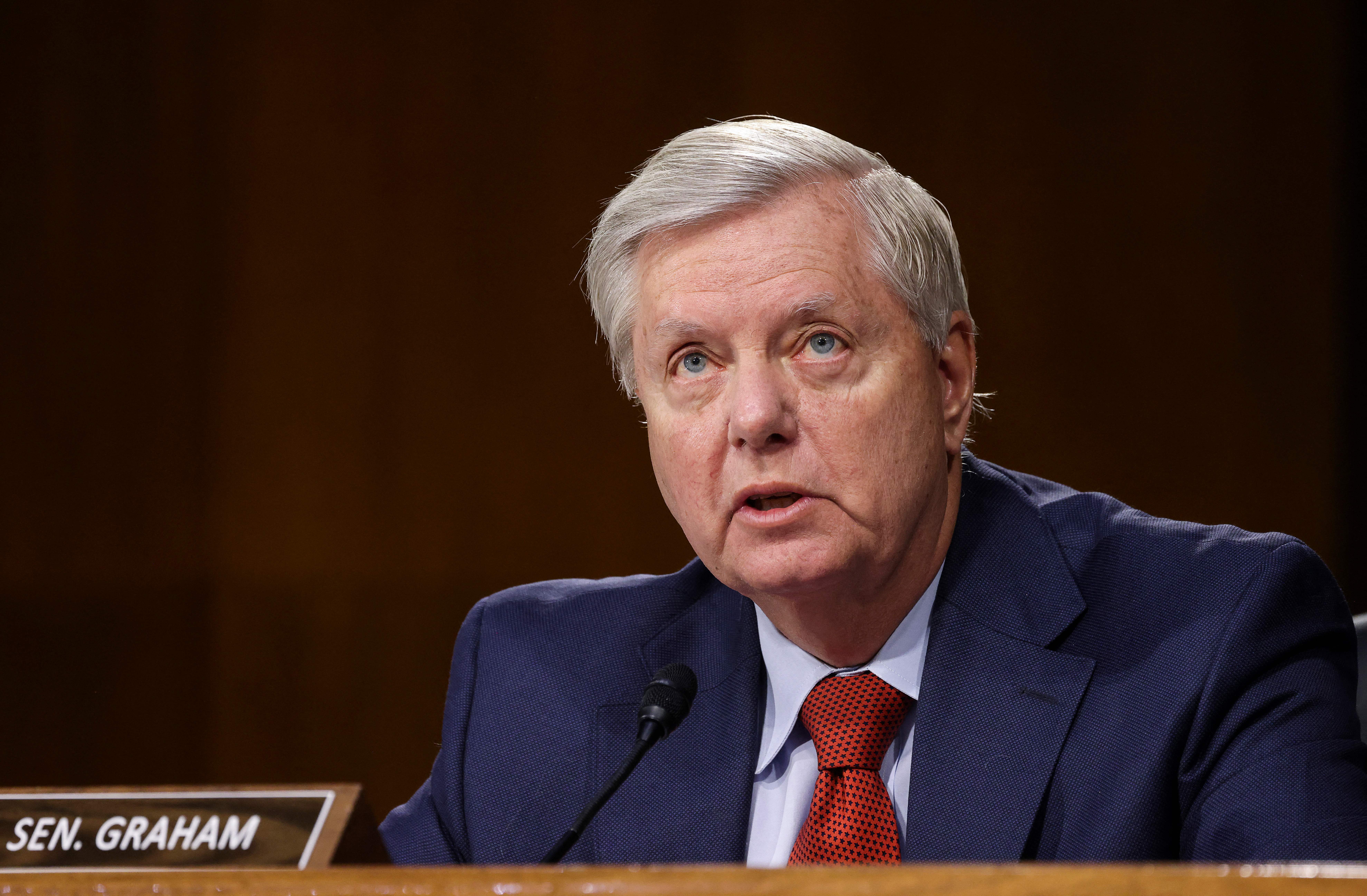 Republicans Might Throw a Fit Over Biden’s Supreme Court Nominee, but They’re Powerless to Stop It

Republicans Might Throw a Fit Over Biden’s Supreme Court Nominee, but They’re Powerless to Stop It

With Justice Stephen Breyer’s announcement that he will retire at the end of this year’s Supreme Court term, Senate Democrats are already gearing up for what could be yet another potentially contentious confirmation process.

Senate Majority Leader Chuck Schumer said on Wednesday that he wanted to be “deliberate” in the process but also “move quickly.” “We want to get this done as soon as possible,” Schumer said. Senator Dick Durbin, the chair of the Senate Judiciary Committee, said that he looked forward to “moving the president’s nominee expeditiously through the committee.” Democrats could go through the confirmation process and have the nominee lined up to replace Breyer when he steps down over the summer.

For his part, President Joe Biden reiterated on Thursday that he would nominate a Black woman to the court, fulfilling a key campaign promise. “I’ve made no decision except one, the person I will nominate will be someone of extraordinary qualifications, character, experience, and integrity, and that person will be the first Black woman ever nominated to the United States Supreme Court,” Biden said during his remarks commemorating Breyer’s tenure on the high court.

Biden, who served nearly 40 years in the Senate, promised a “rigorous” confirmation process. He affirmed on Thursday that he would seek the advice as well as the consent of senators in choosing his nominee and would be “inviting members of both parties” to share their points of view. He added that he would announce his choice before the end of February.

“Once I select a nominee, I’ll ask the Senate to move promptly on my choice,” Biden said. If Democrats really hustle, they could potentially get Biden’s nominee confirmed within a few weeks: Justice Amy Coney Barrett was confirmed a month after she was nominated.

The fight to confirm Breyer’s replacement in the Senate will look different from the recent battles over filling vacant seats. In 2016, Republicans blocked the confirmation of Merrick Garland to the court after Justice Antonin Scalia’s death, arguing that a justice should not be confirmed in an election year. But Republicans were able to do so because they held the majority in the Senate, which is no longer the case.

Although Democrats hold 50 seats in the Senate, they will be able to confirm the nominee with a simple majority and Vice President Kamala Harris casting the tie-breaking vote. In 2017, Senate Republicans and then–Majority Leader Mitch McConnell invoked the “nuclear option” to end the filibuster for Supreme Court nominees, allowing Neil Gorsuch to be confirmed with 54 votes. Ironically, McConnell, the boogeyman of the left, is therefore indirectly responsible for Democrats being able to confirm Biden’s nominee without having to muster 60 votes in a deeply polarized Senate.

Some pundits have wondered whether Democratic Senators Joe Manchin and Kyrsten Sinema, who are responsible for stalling the progress of the Build Back Better Act and preventing Democrats from weakening the legislative filibuster to pass voting rights measures, would vote against a Biden nominee. This made-for-cable-news line of questioning overlooks the fact that Manchin and Sinema both have 100 percent track records of supporting Biden’s judicial nominees. In his first year in office, 42 of Biden’s district and appeals court nominees have been confirmed—the most of any president since John F. Kennedy—and with the united backing of all Democrats.

Manchin said on Thursday that he would be open to supporting a nominee with more liberal views, as long as she is “fair.” “It’s not too hard to get more liberal than me,” Manchin told Hoppy Kercheval of Metro News on Thursday. “As far as their philosophical beliefs, that would not prohibit me from supporting somebody.”

It’s possible that Biden’s nominee could even receive some Republican support, although it is unlikely to be significant. Three Republican senators have voted for a majority of Biden’s judicial nominees thus far: Senators Susan Collins, Lindsey Graham, and Lisa Murkowski. The three senators voted to confirm Ketanji Brown Jackson, considered to be the front-runner for the nomination, to the D.C. Circuit Court of Appeals in June. Collins and Murkowski are considered two of the more moderate members of the Republican conference, and Graham has historically deferred to the president on his judicial nominees. Collins and Graham voted to confirm Justices Sonia Sotomayor and Elena Kagan under President Barack Obama. (Graham’s office said in a statement last year that he “has long believed that under the Constitution the president has the right to select judges of their choosing and as long as they are qualified, they should generally be confirmed by the Senate.”)

House Majority Whip Jim Clyburn has expressed confidence that his preferred pick for Biden’s nominee, J. Michelle Childs, could receive bipartisan support. Childs is a federal district judge in South Carolina whom Biden has nominated to the D.C. Circuit Court of Appeals. “I’ve talked to the Republican senators from South Carolina, both Tim Scott, Lindsey Graham, they are very high on Michelle Childs. And so I think that both of them would vote for her if her name were to be put in nomination,” Clyburn said in an interview on ABC News on Wednesday.

However, even these Republican votes are far from guaranteed. Collins, who voted against confirming Barrett in 2020 because it was so close to the presidential election, raised concerns on Wednesday about voting on a nomination ahead of the midterms. (Democrats have a good chance of losing the Senate in the November midterm elections, meaning that this might be their only opportunity to confirm a justice to the Supreme Court for some time.)

“As you know, I felt that the timetable for the last nominee was too compressed. This time there is no need for any rush. We can take our time, have hearings, go through the process, which is a very important one,” Collins said.

Graham indicated on Twitter on Wednesday that whoever Biden nominates may not get his support. The South Carolina senator was outraged by Democratic opposition to Justice Brett Kavanaugh in 2018, after allegations of sexual misconduct surfaced against the nominee.

“If all Democrats hang together—which I expect they will—they have the power to replace Justice Breyer in 2022 without one Republican vote in support,” Graham said. “Elections have consequences, and that is most evident when it comes to fulfilling vacancies on the Supreme Court.”

As Graham’s comments suggest, given their minority status, Republicans have limited options for blocking the confirmation of Biden’s eventual nominee. Under the rules for this session of Congress, Democrats and Republicans have equal representation on committees. But even if all 11 Republicans on the Judiciary Committee opposed Biden’s nominee in committee, the nomination would still move forward with limited fuss: Schumer would file a discharge petition, and the Senate would hold a vote by simple majority to bring it to the floor.

Nevertheless, Democrats are bracing for potential Republican efforts to slow down the proceedings. “Mitch McConnell and Senate Republicans will apply the same standard they did during the Trump Supreme Court nomination battles—the rule of ‘because we can.’ I hope the White House and our allies prepare for the fight ahead,” Senator Sheldon Whitehouse, a member of the Judiciary Committee, said in a statement Wednesday.

Some Republicans on the Judiciary Committee have already voiced skepticism about Biden’s impending decision. “There will be immense pressure from the radical left to replace Justice Breyer with a partisan who will legislate from the bench, and I hope President Biden will not cave to their demands the way he has on nearly everything else over the past year,” Senator John Cornyn said in a statement. “Whoever the President nominates will be treated fairly and with the dignity and respect someone of his or her caliber deserves, something not afforded to Justice Kavanaugh and other Republican nominees in the past.”

Republicans could force delays by slow-walking the one-on-one meetings between senators and Biden’s nominee or by refusing to attend the hearings and thereby preventing the nomination from going forward. “Mitch McConnell has declared these things have to be done very quickly, as we saw [with] the last nominee. I think it’s going to be awfully difficult for the Republicans, after setting that precedent, to stretch things out,” Senator Patrick Leahy, a member of the Judiciary Committee, said on Thursday.

But Republicans on the Senate Small Business Committee recently employed this tactic to block the nomination of Dilawar Syed, who was in line to be second in command at the Small Business Administration. Republicans boycotted committee meetings five times in 2021 and blocked efforts to advance his nomination by unanimous consent. (Biden renominated Syed for the position in January; if confirmed, he would be the highest-ranking Muslim official in American history.)

However, it’s unclear that Republicans would choose to forge such a contentious path in delaying a Supreme Court nomination, particularly since conservatives hold a solid 6–3 majority on the court. Biden’s nominee will be replacing a liberal justice, meaning that it won’t throw off the court’s partisan balance. Moreover, there might be political consequences for delaying the confirmation of the first Black woman to the Supreme Court, both in terms of optics and by potentially motivating Democratic voters ahead of the November midterms. As long as at least two Republicans attend the Judiciary Committee hearings for the eventual nominee, the proceedings can move forward.

The confirmation process will likely be closely watched, in part due to the blockbuster cases the Supreme Court is considering this term. The court’s conservative majority is widely expected to weaken abortion protections this summer, after appearing sympathetic in hearings to the defense of a Mississippi law that prohibits most abortions after 15 weeks of pregnancy, violating the standard set by Roe v. Wade. If the court partially or fully overturns Roe, Democrats hope that this will energize their voters ahead of the midterm elections.

“This vacancy reinforces the stakes of this year’s election and why we must defend and expand our Democratic Senate majority with the power to confirm Supreme Court justices,” said Senator Gary Peters, the chair of the Democratic Senatorial Campaign Committee.