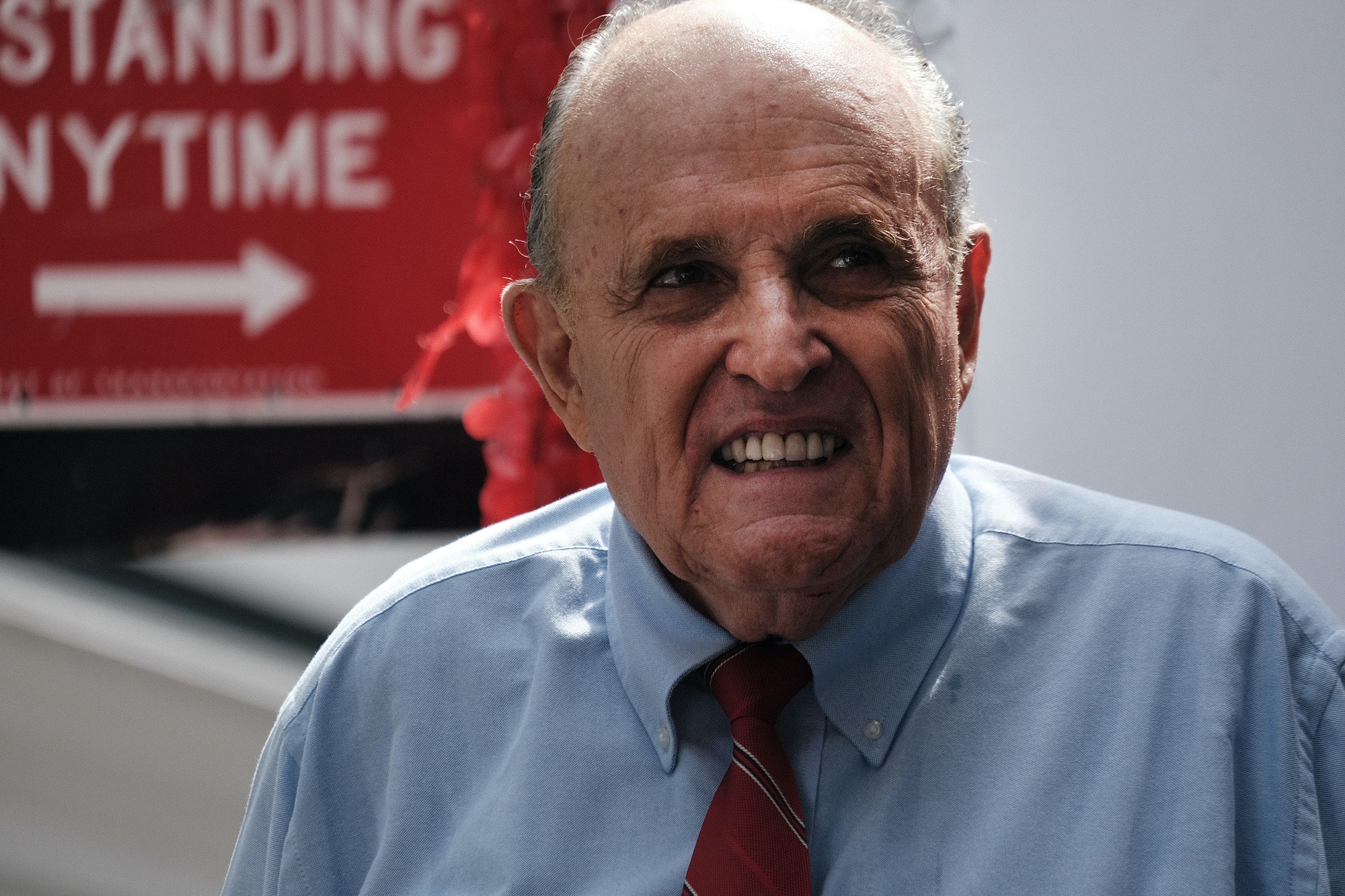 The House select committee investigating the January 6 attack on the U.S. Capitol is looking into a phone call that Donald Trump made hours before the insurrection, a line of inquiry that could reportedly involve a subpoena for Rudy Giuliani. Committee chairman Bennie Thompson told The Guardian that his panel intends to examine the contents of a call Trump made to the Willard hotel, where his team, including lawyers Giuliani, John Eastman, and  Boris Epshteyn, as well as strategist Steve Bannon, were operating a kind of command center across the street from the White House. In that call, first revealed last month, Trump reportedly relayed that his number two, Mike Pence, was not inclined to insert himself into the certification process on Trump’s behalf and pressed his advisers for other ways to stop Joe Biden’s certification. That conversation was among several strategy discussions Trump is said to have had with his Willard-based aides the night before the insurrection.

Ultimately, the next day’s joint session was delayed by violent pro-Trump rioters. Trump was reluctant to call off the mob, and Thompson has said the panel is zeroing in on his unwillingness to intervene, a response that could have been informed by the counsel Trump sought only hours earlier. “If we get the information that we requested,” Thompson said of the committee’s legal battle to secure Trump White House records, “those calls potentially will be reflected to the Willard hotel and whomever.” But “without testimony from people with knowledge of what was said, House investigators might only learn the target and time of the calls,” The Guardian reported Monday, which is ostensibly why a subpoena to Giuliani—one of the lieutenants at the Willard—“is understood to be in the offing,” according to the news outlet. Bannon and Eastman are among the Willard-connected Trump officials who’ve already been subpoenaed by the committee in recent months. Trump, citing executive privilege, has sought to block the release of his White House records by appealing to the Supreme Court.

The development is the latest indication that the committee is kicking into higher gear. Last week, a lawsuit filed by Trump spokesperson Taylor Budowich against the committee revealed how the panel is scrutinizing the funding behind January 6—such as how rallies were financed and vendors were paid—by issuing a subpoena for information directly from a bank. Earlier in the week, the committee formally requested a meeting with Representaive Scott Perry of Pennsylvania, constituting the first known time the panel has made such a request to a sitting member of Congress. (Perry refused to speak with the committee; it remains to be seen whether the panel will issue a subpoena to the Republican lawmaker.) A few days later the panel requested a meeting with Representative Jim Jordan of Ohio about his communications with Trump, his team, and others involved in the attack or planning for January 6, though the Republican congressman has apparently not responded.

Trump’s own obstruction campaign is not the only barrier for investigators. Looming large are the midterm elections in November, when Republicans stand poised to retake control of the House. The GOP has already communicated its intention to “shut down the panel as soon as they have power,” CNN’s Stephen Collinson notes, which helps inform the urgency with which the panel is acting. “The committee does not have the luxury of time.”