The solar-powered research boat will aim to traverse the Atlantic Ocean next year with no humans on board.

© Provided by CNBC A computer-generated image of the new Mayflower vessel.

LONDON — Humans aren’t the only ones to have had their travel plans ruined by the coronavirus. A robot-powered boat that was due to cross the Atlantic this month has been forced to delay its voyage until next April after the virus caused complications in its development.

The autonomous 15-meter trimaran has been built to push the boundaries of autonomous shipping while gathering scientific data on the ocean. The Mayflower Autonomous Research Ship (MAS for short) is being led by marine research organization ProMare, while IBM is the main technology partner.

The solar-powered vessel is set to start trials off the south coast of England in the coming weeks and it will be officially unveiled on Sep. 16, the 400th anniversary of the Mayflower departure in 1620. After that, it will go on several voyages and missions over the next six months ahead of a transatlantic voyage in April 2021.

During that transatlantic crossing, the ultramodern ship will broadly retrace the Mayflower’s original route from Plymouth to Cape Cod’s Provincetown.

Andy Stanford-Clark, chief technology officer for IBM U.K. and Ireland, who’s leading the science on the ship, told CNBC that the vessel relies on an onboard AI Captain which uses computer vision, automation software and Watson technology — IBM’s most notable AI platform.

The ship’s operators tell the Mayflower where they want it to go and then it will figure out how to get there itself, considering the weather, ocean currents, collision regulations and other variables. The Mayflower can also react to ocean traffic in real time using a combination of radar, cameras, and the Automated Identification System (AIS), which transmits information such as the Mayflower’s latitude and longitude to other boats.

While AI does not control every aspect of the Mayflower, it does play a significant role in the ship’s operations.

Inside the boat, instead of there being crew, living quarters, a bathroom, a galley, beds and so on, there are science experiments.

Various organizations have pitched experiments that they’d like the Mayflower to carry out while at sea.

One of them is a water analysis experiment that samples the seawater every few hours and stores it in roughly 100 bottles that are capped and kept in a crate onboard ready for human inspection back on land. “Because we’ll know exactly where in the ocean we took the sample, we can say at this point, the salinity was this, the algal bloom quantity was this, the pH was this, and the oxygen levels were this,” said Stanford-Clark.

© Provided by CNBC The ship’s main hull being transported to a wharf in Plymouth for final assembly.

Scientists at the U.K.’s Plymouth University will analyze the same samples to determine microplastic levels at various points in the ocean.

IBM claims it has also developed a system that can identify whales and the pod they’re from based on their song, which is picked up by an onboard hydrophone. “We’re training an AI to listen for whale songs,” said Stanford-Clark. The same hydrophone is used to listen out for faults on the Mayflower.

There’s another project that will involve analyzing the shape of the Earth. “We’re going to use very accurate GPS to measure exactly the level of the ocean, and then subtract the tides and the weather and the wind and use that to get a unified model,” said Stanford-Clark.

The original 30-meter Mayflower took 66 days to carry pilgrims from the U.K. to what is now the U.S. But the new one will take two to three weeks, depending on weather.

Director of the Mayflower project, Brett Phaneuf, told CNBC that the new Mayflower is packed full of technology the original pilgrims wouldn’t have been able to comprehend. But it’s important not to get carried away. “It’s not a Terminator,” he said. “It’s not going to take over the world and it’s not going to chase all our ships off the ocean. It’s a democratizing technology that will help us collect vast amounts of unfamiliar data about the ocean.”

“The interesting thing about Mayflower is there’s nobody to get tired or bored or lonely or injured,” said Phaneuf, pointing out that the vessel can go as fast or as slow as it likes for as long as it wants. “If something is interesting, or new, it can be diverted for next to no money.”

There’s every chance that the ship will encounter problems on the transatlantic trip but Phaneuf believes it’s robust enough to make it. He said it will take something idiotic and mundane to stop it, such as the rudder getting jammed by a log.

The new Mayflower could signify a change in the way ocean research is carried out in the future.

Coronavirus disruptions on manned research vessels are leading to a reduction in data about the weather and climate change, according to UNESCO’s Intergovernmental Oceanographic Commission.

Reduced air travel means there’s a dearth of weather data from the skies as well.

All these disruptions could result in less accurate weather forecasts and climate models, the Commission has said.

The future of autonomous shipping

In many ways, IBM is testing the water for the future of autonomous shipping with the Mayflower.

Allied Market Research thinks the autonomous shipping market could be a $135 billion industry by 2030 and IBM is weighing up where and how its technology can be used.

Stanford-Clark believes that AI captains could be used to “look over the shoulder” of a human captain.

“That same technology that we’re putting in Mayflower will also be able to operate in a guardian angel sort of mode,” he said, adding that there’s a huge amount of interest in this technology from big shipping companies.

He believes there’s a “big opportunity” for container ships to become autonomous in the future, adding that it would help to keep supply chains open during pandemics.

Autonomous cars get all the attention but autonomous shipping is potentially even more useful.

“Everyone wants to see what we’re doing with Mayflower first but people are lining up to have these kind of conversations,” said Stanford-Clark. 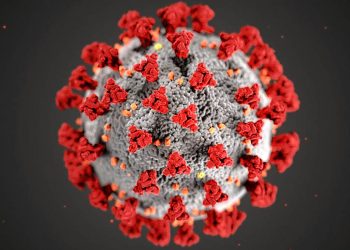 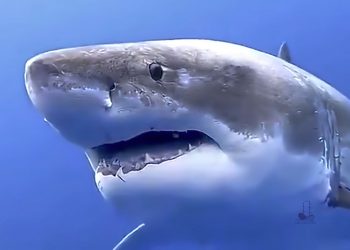 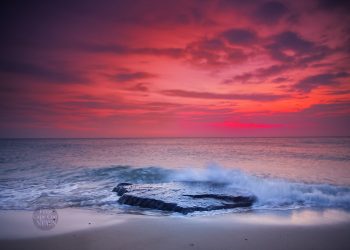 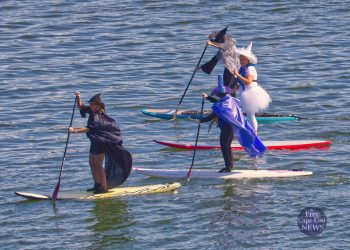