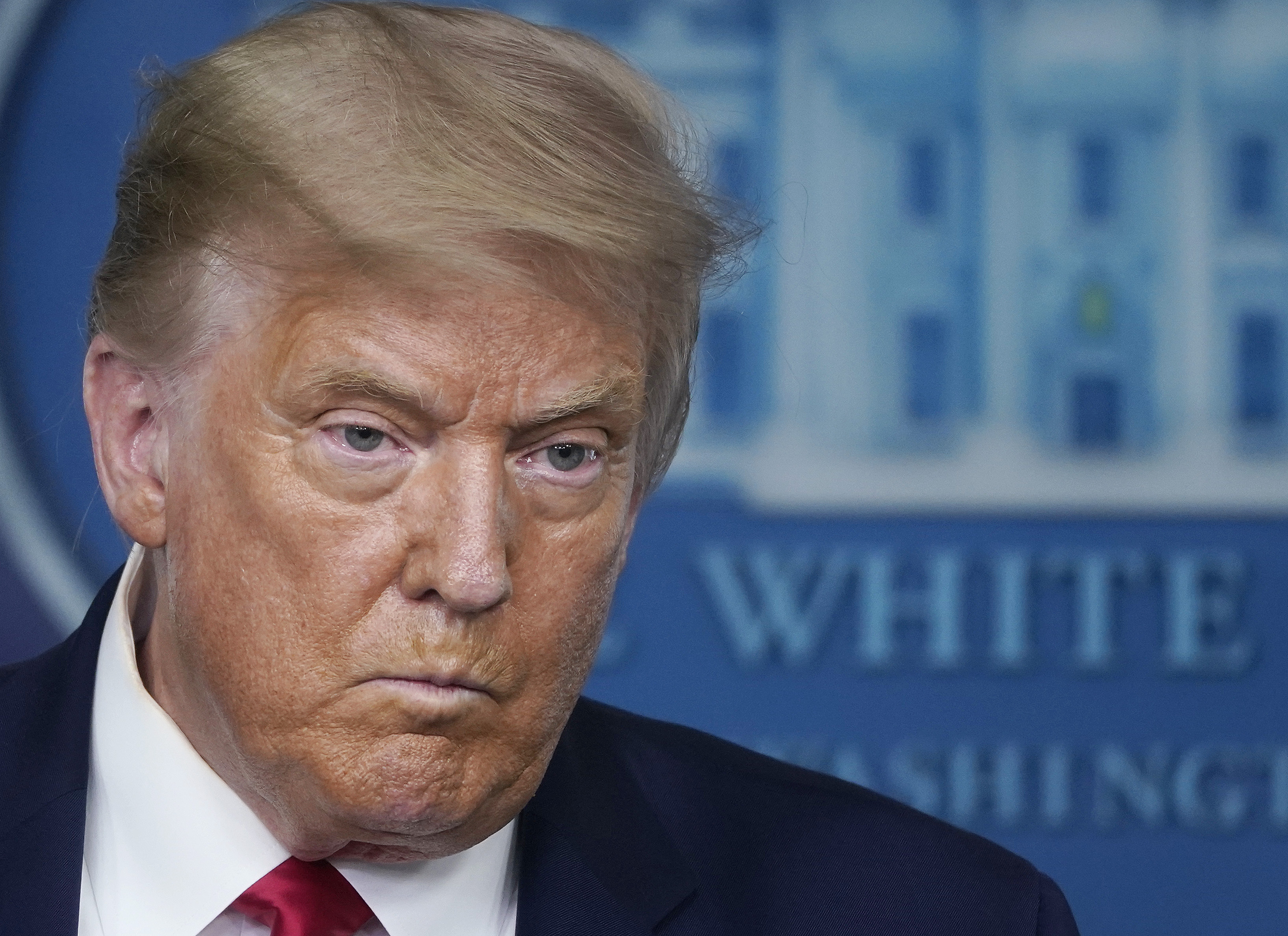 The unemployment provision in March’s Cares Act that granted laid-off workers an additional $600 a week is set to expire in one week. With tens of millions unemployed, this is a looming catastrophe. For the last four months, these payments have staved off a maelstrom of economic woe by serving as a badly needed lifeline, allowing many to feed their families and pay mortgages and rents.

And yet, as this expiration date grew nearer, President Trump and many of his closest advisers continued to insist on using the president’s preferred economic hobbyhorse to remedy the situation: a payroll tax cut.

Trump’s obsession with payroll tax cuts is the economic equivalent of his yen for pitching hydroxychloroquine: All of the available evidence suggests that it won’t work, but he clings to the notion with a naïve faith, all the same. Even though it has been obvious for some time that passing such a cut was politically impossible—it couldn’t even muster the necessary number of votes in the Republican-held Senate, let alone the Democratic House—he only admitted defeat on Thursday. “I told Republicans, I said I think a payroll tax would be good, but we’re not going to get it from Democrats,” he said. “So you still need Democrat votes. I would like to see it, but if we’re not going to get their votes, I guess we have to go on to the next thing.”

Trump and the GOP should have been going on to the next thing months ago. Instead, with a week left, they are playing chicken with a second Great Depression. This all says quite a bit about the bankruptcy of the Republican Party’s economic dogmas and the persistence with which they are hewed to—and the extent to which Trump, once touted as a clean break from party orthodoxy, is inexorably lashed to them.

The big problem with a payroll tax cut is obvious: It only benefits people who pay payroll taxes. “If you don’t have a job, you’re not paying payroll tax. So, eliminating the payroll tax wouldn’t put any more money in your pocket,” The Washington Post’s Allan Sloan wrote. Given that the biggest and most persistent economic problem at the moment is the high unemployment rate—at least 25 million people are unemployed, more than one in 10 adults—this is clearly not a workable solution. Trump and his cohort have trumpeted the measure as a tax break for hardworking Americans at a time when many hardworking Americans have been displaced from their jobs through no fault of their own. A payroll tax cut fails both as an economic stimulus and as a means of getting people back into jobs. It would, however, be of great benefit to the wealthy. “A payroll tax cut is going to provide more benefits to high-income people who don’t really need help right now,” Steve Wamhoff, director for federal policy at the Institution on Taxation and Economic Policy, told CNBC this spring.

Given the impracticality and general lack of sense behind doing a massive payroll tax at this juncture, it’s not surprising that economic advisers Stephen Moore and Larry Kudlow, two of the most consistently wrong figures in political and economic discourse, are standing behind the idea. Both are disciples of Art Laffer, the largely discredited architect of supply-side economics who has, nevertheless, become a guru for the Trump administration. While many believed that Trump, something of a political tabula rasa in 2016, would deviate from these Republican doctrines, he has instead dutifully promoted them, advocating for impractical, deficit-busting tax cuts that disproportionately help the wealthy at every opportunity. Even with the economy in a tailspin, Trump and his advisers have clung to these discredited ideas.

They are aided by Republicans in Congress, particularly the Senate. Many claim to worry that the large unemployment insurance payments are disincentivizing people from seeking work; there is little evidence at hand to suggest this is true. There are growing signs that the actions of Republicans are being driven by ideological concerns, rather than economic worries. Continuing these unemployment payments would, in theory, be the obvious thing to do from a political, as well as economic, perspective: Trump and Republicans could run on their efforts to save the economy and point to the extra money on the campaign trail. Instead, in Congress, there are efforts to cut the payments, in some cases significantly, while many are beginning to raise concerns about the ballooning deficit. This, despite the fact that the massive corporate tax cut passed by Republicans and signed into law by President Trump has played an outsize role in the growth of that deficit. Republicans have apparently decided that it would be better to leave a big mess for Joe Biden, the prohibitive favorite to become president in November, than to do something to stave off calamity.

Moore and Kudlow have their own brands to protect. For these die-hard supply-siders, admitting failure is never an option. They have the same solution to every problem, now and forever. Talking to reporters on Friday, Moore said that he thought abandoning the payroll tax cut could cost the president the election. It was an absurd claim given everything else (economic collapse, global pandemic, widespread incompetence) that’s going on, but it was nevertheless pitched perfectly for the Fox Business Channel Cinematic Universe. Moore and Kudlow aren’t really economists, after all—they just play them on TV.

Trump, however, has less of an excuse. He, of all people, should be desperate to put money in people’s pockets, if only because it’s the one solution at hand that might prevent a wider economic collapse among American households. It also makes political sense for Trump to be pushing the maintenance of generous unemployment benefits: As Tim Noah has noted on these pages, those unemployment sweeteners were arguably the best thing that Trump has done for the economy—and there are plenty of skittish Democrats with whom Trump could cut a contrast. And yet, Trump dithers, trying to drum up support for a payroll tax cut that would neither pass Congress nor work. He is, as with his response to the coronavirus pandemic itself, paralyzed in a cataclysmic moment. The economic pain that ordinary Americans have endured over the last four months has been real, but it could be much worse. Despite the fact that the outcome is, to some extent, eminently avoidable, in a matter of weeks, it looks like we are going to learn just how bad things can get.