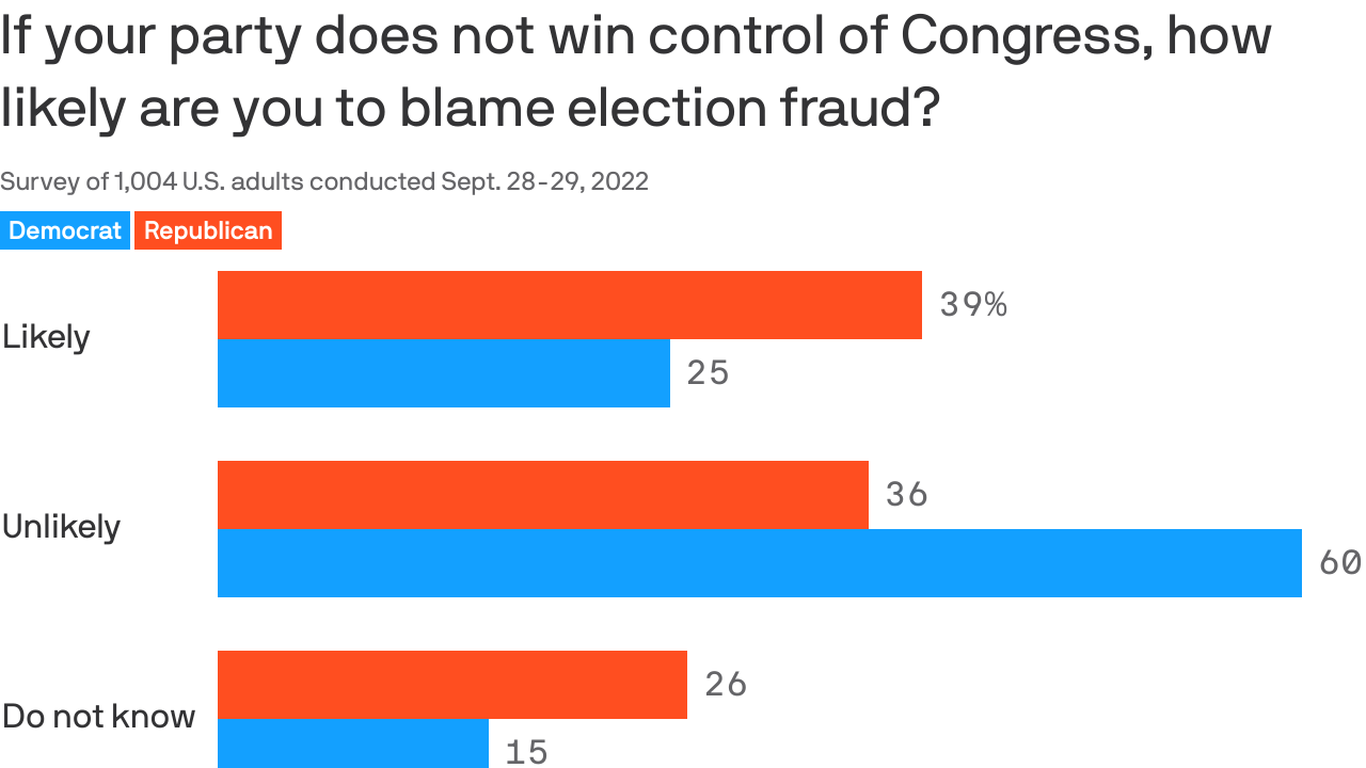 Two Americas Index: Some Americans are open to election fraud theories in midterms

Two Americas Index: Some Americans are open to election fraud theories in midterms

Nearly four out of 10 Republicans and one in four Democrats say they’ll blame election fraud if their party doesn’t win control of Congress in November, in the latest wave of the Axios-Ipsos Two Americas Index.

Why it matters: A month out from the 2022 midterms, 2020’s Big Lie is alive and morphing into a broader distrust of institutions and elections that threatens to become entrenched.

By the numbers: Republicans surveyed are significantly more likely than Democrats not only to predict that election fraud will play some role if their party loses, but to feel that suspicion intensely.

The intrigue: The survey found that Americans who’d shared at least one meal in the past month with others from different political affiliations would be more skeptical about jumping to conclusions that election fraud caused a loss.

What they’re saying: “When you have connections across the aisle with other people, you’re less likely to give into or even entertain some of the ‘crazy,'” said Ipsos pollster and senior vice president Chris Jackson.

The big picture: Respondents were split on the generic ballot question, with 35% saying they intend to vote for Democratic candidates and 31% saying they plan to vote for Republican candidates. Across the aisle, motivations were more positive than negative.

Methodology: This Axios/Ipsos Poll was conducted Sept. 28-29 by Ipsos on their online survey panels in English. This poll is based on a sample of 1,004 general population adults age 18 or older, weighted on age, gender, race/ethnicity, education, and location to be nationally representative.