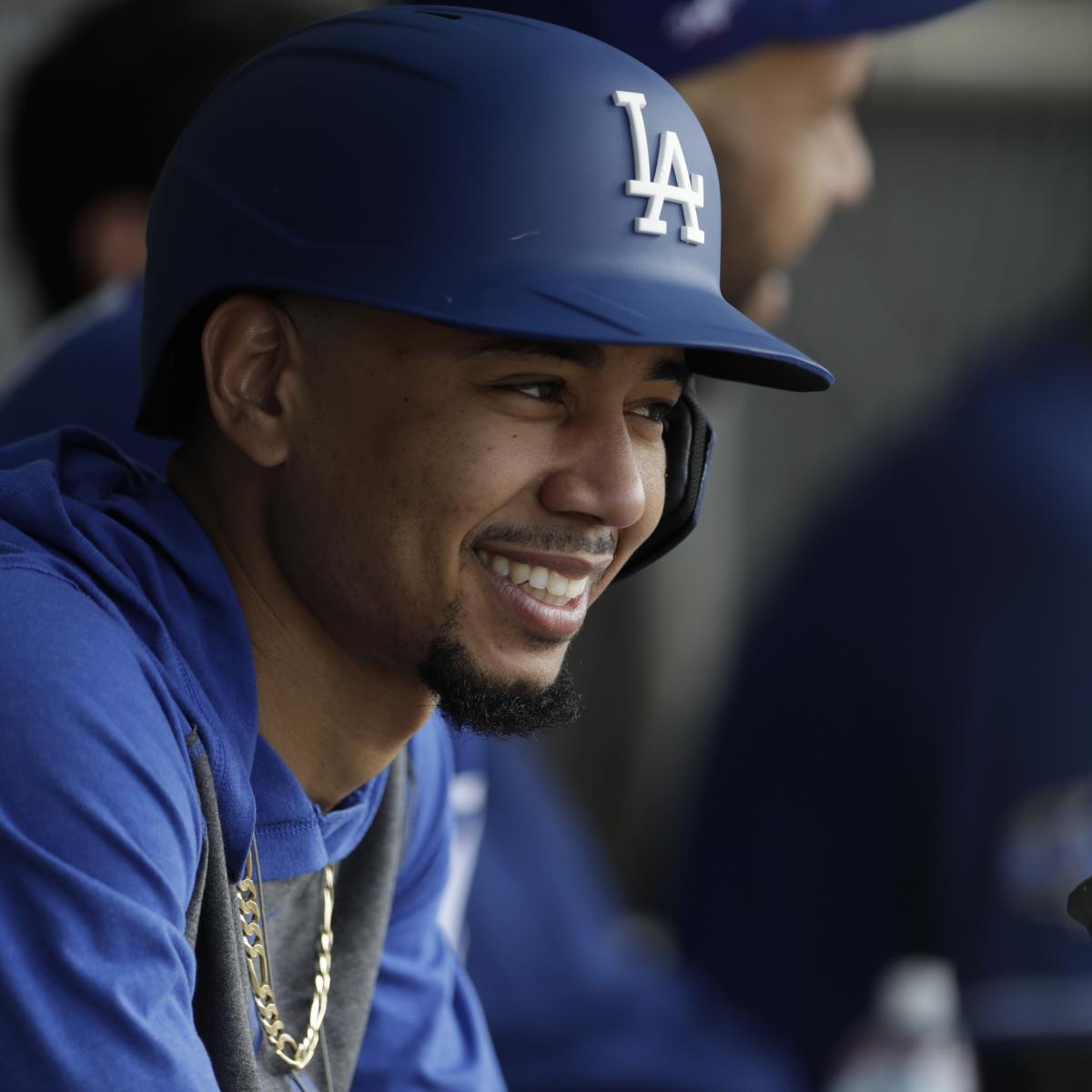 When the Los Angeles Dodgers traded for Mookie Betts in February, they were only guaranteed to have the 2018 American League MVP for one year.

On Wednesday, WEEI’s Lou Merloni was the first to tease that the Dodgers and Betts were closing in on a long-term contract extension. Eventually, Jeff Passan of ESPN came through with the final terms of 12 years and $365 million on top of what Betts is making this season.

The Dodgers later announced the agreement:

The Los Angeles Dodgers announced that they have signed outfielder Mookie Betts to a 12-year contract through the 2032 season.

For the man himself, it’s a major win after years of betting on himself.

The 27-year-old right fielder first broke in with the Boston Red Sox in 2014, and by the end of 2017, he had two All-Star nods, two Gold Gloves and a Silver Slugger to his name. According to Joel Sherman of the New York Post, it was after ’17 that the Red Sox approached Betts with an eight-year, $200 million contract offer.

Rather than accept it, he turned it down and went on to raise his value to astronomical levels with an MVP-winning season in 2018 that was marked by a 1.078 OPS, 32 home runs, 30 stolen bases, 10.6 rWAR and, ultimately, a World Series ring.

According to Merloni, the Red Sox made another attempt to extend Betts after his triumphant 2018 season. But whereas their offer was in the $300 million range, he was looking for more like $420 million.

Though Betts took a step down in 2019, he persisted as an All-Star, Gold Glover and Silver Slugger. In January of this year, he unsurprisingly broke a record when he netted a $27 million salary for his final season of arbitration-eligibility.

A month later, Boston sent Betts (and ace David Price, who has since opted out of playing in 2020) to the Dodgers. Whether the Red Sox were primarily motivated by luxury-tax considerations, Betts’ pending free agency or the clear indication that he wouldn’t sign an extension on their terms, their decision was generally derided as pure cynicism.

The equation began to change when the coronavirus pandemic started to chip away at the 2020 season, raising a question about whether Betts would even play a single game for the Dodgers.

Even after MLB announced a shortened 60-game season for 2020, still another question loomed: In light of the wider financial blow being dealt to the league, had his hopes of landing a deal to his liking gone up in smoke?

Evidently not. And frankly, nobody should be too surprised.

The fact that the Dodgers traded for Betts—which, in addition to absorbing all of his and most of Price’s remaining salaries, required giving up former top prospect Alex Verdugo and current top prospect Jeter Downs—was reflective of their commitment to winning the 2020 World Series.

Though the Dodgers have spent hundreds of millions of dollars and won seven National League West titles since 2013, the club’s World Series drought still extends to 1988. And while they at least made it to the World Series in 2017 and 2018, last year ended with a demoralizing first-round exit from the playoffs.

For the sake of getting back to the Fall Classic, Betts was the best player the Dodgers could have added for 2020. He’s the best defensive right fielder in the sport, and in a normal year, he’s good for upward of a .900 OPS and 25 homers and steals apiece. Hence how his 39.5 rWAR since 2015 trails only Trout.

Between Betts and reigning NL MVP Cody Bellinger, the Dodgers are going into this season with the best pair of teammates in all of baseball. Combined with other holdovers from last year’s 106-win team and other new additions like Alex Wood and Blake Treinen, the Dodgers are now a favorite to win an elusive championship.

At least in the short term, the Dodgers were only going to be able to pursue the latter goal if they found a way to extend Betts. And even though this year will feature 60 percent fewer games and potentially 100 percent less gate revenue for all teams, such things never really dashed that hope.

For one thing, these are the Dodgers we’re talking about. Even if they take an L on their bottom line for 2020, they can look to a future that includes a couple hundred million dollars per year in local TV revenue, plus consistently high attendance at Dodger Stadium when (fingers crossed) the pandemic subsides.

For another, the Dodgers have planned their future carefully. Before their deal with Betts, their books were going to be down to zero guaranteed dollars as soon as 2023.

As such, Betts’ extension likely won’t be the Dodgers’ last seismic move for a while. If they also want to extend Bellinger and budding ace Walker Buehler, they can. And even then, they would still have money to outfit their roster with whatever they may need.

From a bigger-picture perspective, Betts’ contract makes for an interesting juxtaposition with the league’s broader financial situation.

Some owners (see here and here) would have fans believe that baseball isn’t a very profitable business even in the best of times. In these less-than-the-best of times, MLB has projected losses in the billions for 2020. Accordingly, the outlook for this winter’s free-agent class has been bleak.

Perhaps all this only hardened the Dodgers’ resolve to extend Betts, as they might have sensed a chance to flex muscles that nobody else will be flexing in the near future. Or it could be that the league’s financial situation isn’t as dire as is being reported and the club therefore figured it needed to act now rather than risk losing Betts as a free agent.

Whatever the case, the Dodgers have made a deal they won’t regret anytime soon.