Hawaii dodged the worst of Hurricane Douglas on Monday, forecasters said, as the storm swirled by just north of the islands.

“Not only did it did it not make landfall, it skirted by the islands,” National Weather Service meteorologist Chevy Chevalier said.

While wind, rain and high surf accompanied Douglas, the island of Kauai – which experienced the closest shave – still was missed by about 40 miles, the Capital Weather Gang said.

There were no initial reports of injuries, and what damage there was appeared to be minor.

All hurricane warnings for the state were dropped early Monday, the Central Pacific Hurricane Center reported.

Early Monday, Douglas was 60 miles northwest of Lihue, Kauai. It had maximum sustained winds of 90 mph, keeping it as a Category 1 hurricane.

Douglas is forecast to be downgraded to a tropical storm later in the day as it moves rapidly away from Hawaii, AccuWeather said.

Meanwhile, in Texas, tens of thousands of customers remained without power Monday after Hurricane Hanna hit the state late Saturday.

As of 6 a.m. Monday, AEP Texas reported that 65,400 customers were without power in the Corpus Christi, Laredo and Rio Grande Valley districts. That number is down from a peak of 200,000 early Sunday.

Hanna blew ashore as a Category 1 storm late Saturday afternoon with winds of 90 mph not far from Port Mansfield, which is about 130 miles south of Corpus Christi.

USA TODAY hurricane tracker: Track all of the tropical storms and hurricanes

The storm unloaded more than a foot of rain in some areas. It also left flooding and damage in its path in portions of south Texas.

There were no immediate reports of deaths in either Texas or Mexico from the storm.

Shower and thunderstorm activity in the system is still disorganized, but conditions along its path should be favorable for development, weather.com said. The National Hurricane Center gives the system an 80% chance of becoming a tropical depression in the next day or two.

If the west or northwestward track continues in the coming days, this budding tropical depression could hit the Leeward or Windward islands as early as midweek, AccuWeather said.

If the system were to become a named tropical storm, it would be called Isaias. 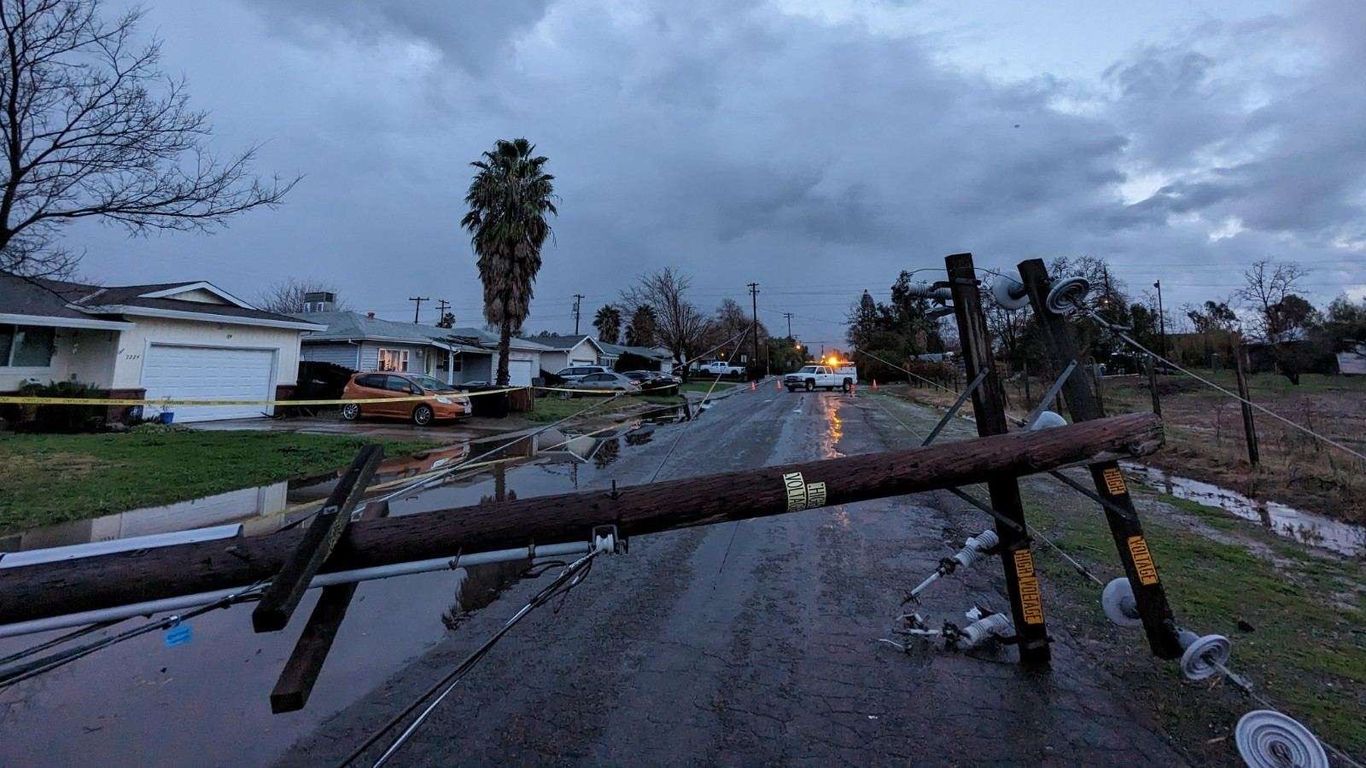