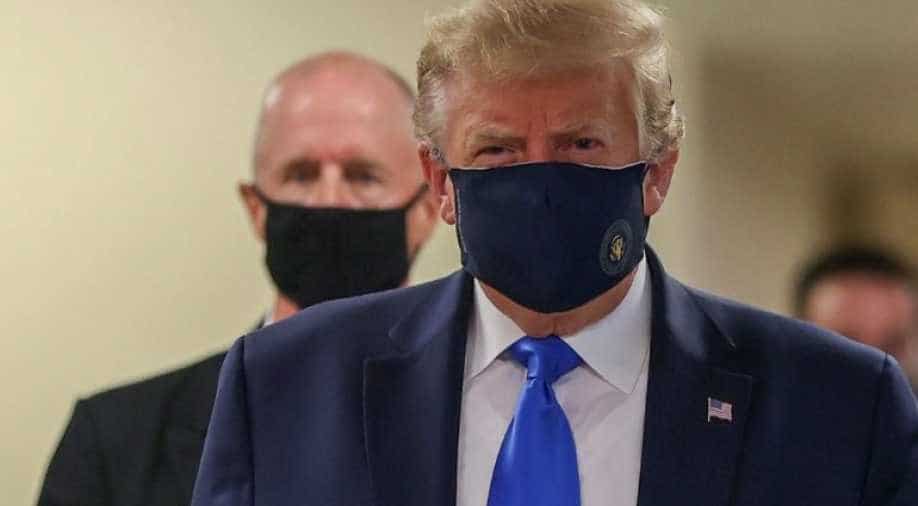 India second in world with most coronavirus tests after US, says Donald Trump

India second in world with most coronavirus tests after US, says Donald Trump

The United States is leading the world in terms of COVID-19 testing and India is at second position, President Donald Trump said while giving an update on his administration’s response to the coronavirus pandemic.

So far more than 140,000 Americans have died due to coronavirus and 3.8 million have tested positive. While the US economy is slowly coming back to normal, the pandemic is now spreading in the Sun Belt of the country.

“As one family, we mourn every precious life that’s been lost. I pledge in their honour that we will develop a vaccine and we will defeat the virus. We’re doing very well with vaccine development and therapeutic development,” Trump said at a White House news conference on Tuesday, his first on coronavirus after several weeks.

Trump also said his administration will stop at nothing to save lives and shield the vulnerable.

“We’ve learned so much about this disease. And we know who the vulnerable are, and we are going to indeed shield them,” he said.

Trump assured that the vaccines against the novel coronavirus will be coming a lot sooner than expected.

Replying to a question, Trump said the US is “leading the world” in terms of COVID-19 testing.

“We’re going to be over 50 million tests,” he said, adding that “second country is India with 12 million (tests). Then you have seven million, six million, and four million. I think that we are doing a tremendous amount of testing.”

The “China virus”, Trump said, is a vicious and dangerous illness.

“It’s a nasty, horrible disease that should”ve never been allowed to escape China, but it did. It infected the world, and the world is suffering. But we”re going to get it taken care of, and we”re helping lots of other countries,” the US president said.

On tackling the virus, Trump said his administration is developing a powerful strategy.

“We’ve learned a great deal about it (COVID-19) and who it targets. We are in the process of developing a strategy that”s going to be very, very powerful,” he said.

“Some areas of our country are doing very well; others are doing less well. It will probably, unfortunately, get worse before it gets better,” Trump said.

He said the median age of those who succumb to COVID-19 infection is 78 years, adding that roughly half of all deaths have been individuals in nursing homes or in long-term care.

Trump said the data shows children have the lowest fatality risk as 99.96 per cent of all virus fatalities are adults.

“By understanding these risk profiles and learning how to treat the disease, we’ve been able to greatly reduce mortality in the United States,” Trump said.

Several treatments are already available in the US that can significantly reduce the severity and duration of the disease, including remdesivir, he said.

“We’ve learned best practices for treatment of the virus at every stage and have shared these findings with medical providers, and we’ve shared them all over the world. The relationship with other countries has been very strong. We”re all working together,” Trump said.