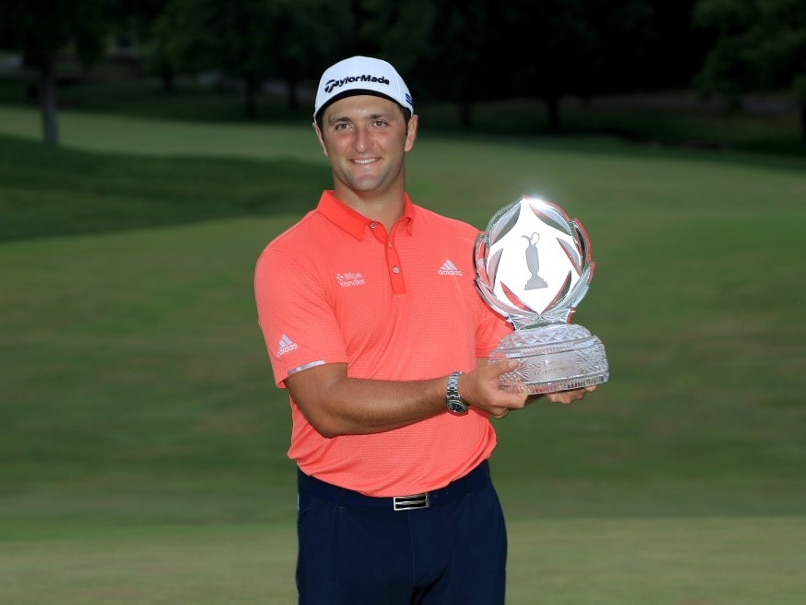 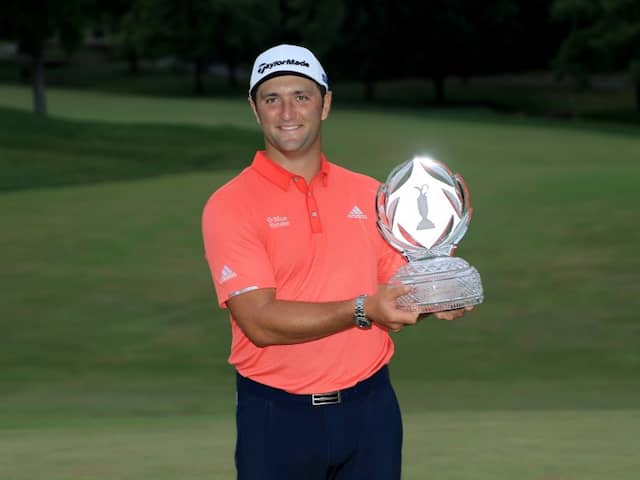 Jon Rahm became the first Spaniard since Seve Ballesteros in 1989 to hold golf’s world number one ranking, fending off a late challenge Sunday to win the US PGA Memorial tournament. Rahm holed out an amazing 31-foot chip shot at the par-3 16th and, despite a two-stroke penalty that turned it from a birdie to a bogey, took a three-stroke victory over American Ryan Palmer that boosted him over Rory McIlroy atop the rankings. “I don’t know how to describe it,” Rahm said. “It has been a goal since I was 13-, 14- years-old.”

Rahm was among the Spanish youth inspired by the feats of Ballesteros, a five-time major champion who died in 2011 at age 54 of brain cancer.

“Seve is a very special player to all of us, and to be second to him, it’s a true honor,” Rahm said. “Anytime I can join Seve at anything, it’s incredible.”

Rahm said the moment was difficult to comprehend in part because his thoughts were with his family, two members of which have died from COVID-19.

“It’s hard to process right now,” he said. “There are so many things going through my mind right now that have nothing to do with golf.”

Rahm fired a three-over par 75 in the final round to finish on nine-under 279 with Palmer second. England’s Matthew Fitzpatrick was third on 283 after a closing 68 while Australia’s Jason Day and England’s Matt Wallace shared fourth on 284.

Rahm began with a four-shot edge and made the turn ahead by eight before dropping four strokes in a five-hole span with a bogey at the 10th, double-bogey at 11 and a bogey at 14 as Palmer pulled within three.

That’s when the 25-year-old made his amazing chip shot at 16.

“That’ll probably go down as my greatest chip shot. I don’t know if I’ll ever do better than that,” Rahm said.

“Luckily, I pulled out probably the best short game shot I will ever have. That was unbelievable. For that to go in, that was exactly what I needed.”

Jack Nicklaus, the 18-time major winner who hosts the event at Muirfield Village in Dublin, Ohio, called the shot “spectacular” as he congratulated Rahm with a fist bump at the 18th green.

Rahm, who won a US PGA event for the fourth year in a row, was given a two-stroke penalty after television slow-motion cameras showed his ball moved when he pushed down on the grass behind it shortly before his incredible chip, although it didn’t change the lie and was unperceptible to Rahm himself.

“I did not see or feel anything,” said Rahm, who agreed with the decision after watching a video replay.

“It did move. It is a penalty. I’ll accept it,” Rahm said. “Unfortunate as it is to have something like this happen, it was a great shot.

“Had I seen it, I would have said something, but the camera had to zoom in to see it.”

The tournament was the sixth of the season for the US PGA, all without spectators, since the tour returned in June from a three-month coronavirus pandemic shutdown.

Rahm, who won his first US PGA event when leading after 54 holes, was upset after a bogey at 10 and finding a water hazard off the tee at the par-5 11th, slamming his club into the ground on his way to double bogey.

“Conditions were so tough. I knew I wasn’t going to play 18 perfect holes. I knew something was going to go south,” Rahm said.

“It was so firm, so windy, and then we started to get drizzle. Any little mistake was going to get punished.”

Palmer sank a 13-foot birdie putt at the par-3 12th and Rahm stumbled again with a bogey at 14, finding a greenside bunker and missing a five-foot par putt, to leave the lead at three shots with four to play.

Palmer had a 12-foot birdie putt at 16 when Rahm blasted out of the deep grass, landed the ball just onto the green and watched it roll into the cup. Palmer settled for par, his charge blunted for good.