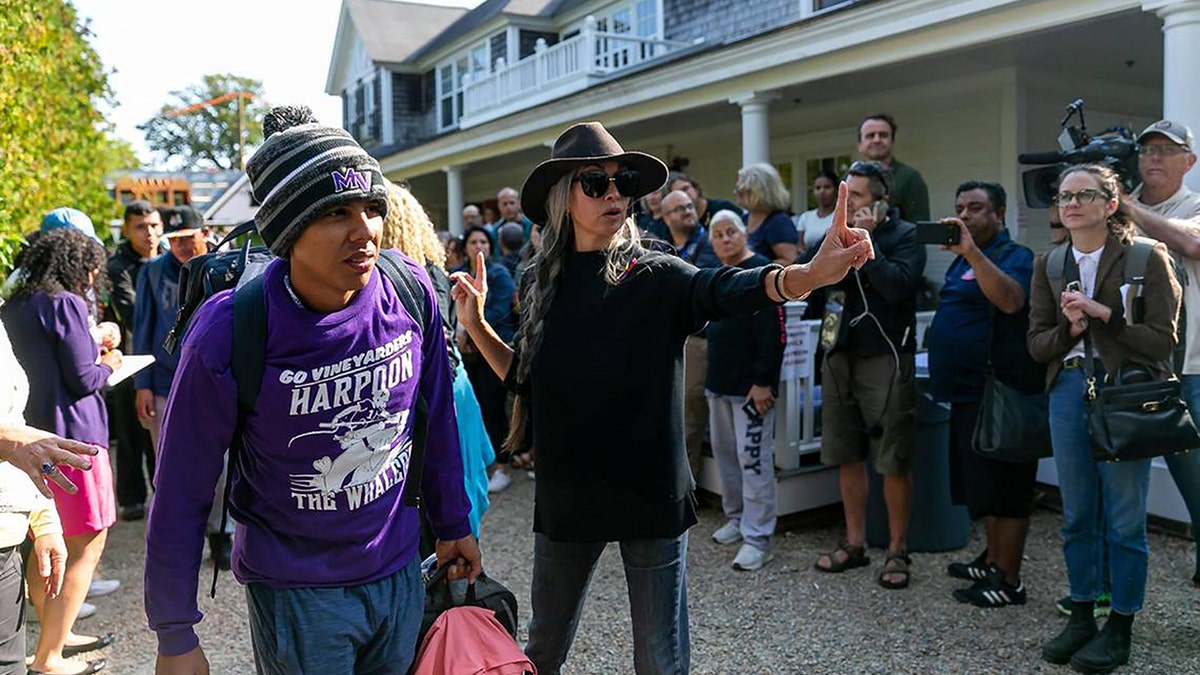 A sheriff in Texas has certified that migrants flown from Texas to Massachusetts were victims of a crime and eligible for special visa privileges.

“Based upon the claims of migrants being transported from Bexar County under false pretenses, we are investigating this case as possible unlawful restraint,” Salazar said in a statement.

“We have submitted documentation through the federal system to ensure the migrants’ availability as witnesses during the investigation.”

The certification can be used to solicit special visas available only for noncitizen victims and witnesses to crimes, according to immigration lawyers in the area.

In September, Florida Gov. Ron DeSantis sent 48 migrants to Martha’s Vineyard, a luxury beach town off the coast of Massachusetts, and was blasted by Democrats and former presidential candidate Hillary Clinton, who called it a form of “human trafficking.”

Salazar previously announced the opening of a criminal investigation in relation to the flights from Texas.

A Venezuelan migrant is led onto a bus at St. Andrews Episcopal Church Sept. 16, 2022, in Edgartown, Mass., on the island of Martha’s Vineyard.
(Matias J. Ocner/Miami Herald/Tribune News Service via Getty Images)

However, Salazar is not alone. DeSantis’s enthusiasm for transporting illegal immigrants to more liberal “sanctuary cities” in the northern states has drawn the ire of political opponents at all levels of government.

The Treasury Department inspector general confirmed in a letter to Democratic lawmakers that the agency is planning to audit whether Florida’s spending on the flights was improper.

The lawmakers asked the Treasury Department to look into whether the state improperly used American Rescue Plan funds for the migrant flights to Martha’s Vineyard in Massachusetts, which drew widespread media attention.