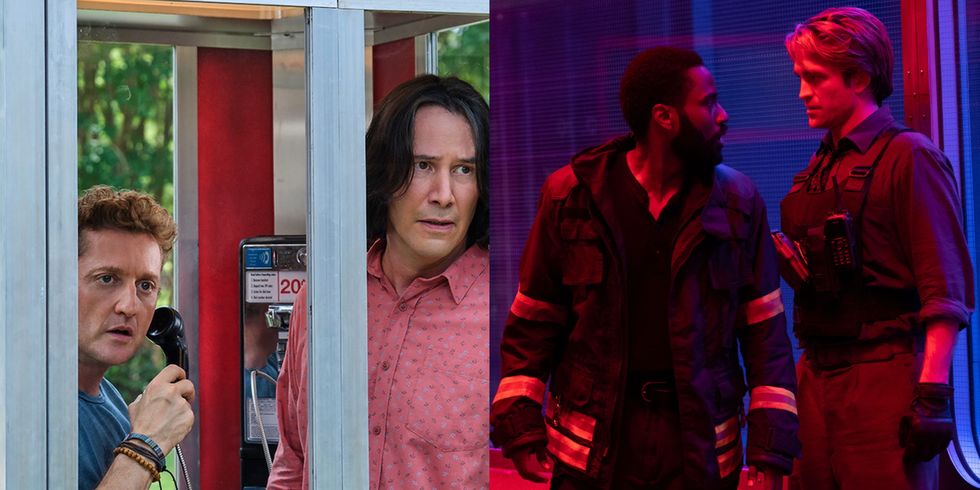 The New Release Dates for Summer 2020’s Most Anticipated Movies

The New Release Dates for Summer 2020’s Most Anticipated Movies

This will be a summer like we’ve never seen in our generation. Thanks to COVID-19, the world is a different place. And, the entertainment industry is one of many forced to get creative and bow to the demands of a global pandemic. Summer blockbusters are uncertain in 2020. Some are moving to video on demand while others are getting pushed all the way to 2021.

Even though the dog days ahead are going to be spent largely revisiting old favorites on Amazon and Netflix, we’ve made a rundown of what you might have been expecting versus when it’s actually going to premiere. The good news is that with sanctions beginning to lift, features like Monster Hunter and Candyman aren’t as far away as you’d have feared.

Based on the book series by Eoin Colfer, this movie is about 12-year-old genius and criminal mastermind Artemis Fowl, who has to fight a group of underground fairies in an epic battle. (No, this is not a story written by a pre-teen in a creative writing class.)

Date change? No! This was released.

In this Jon Stewart-written-and-directed movie, Gary, a Democratic politician (Steve Carell) runs the mayoral campaign for a retired veteran (Chris Cooper) in a small right-wing town. But when the Republican National Committee sends in Gary’s nemesis, Faith (Rose Byrne), the stakes of the race get higher.

Gal Gadot is back as Diana Prince, aka Wonder Woman, in this sequel, set in the 1980s. Kristen Wiig is the villainess Cheetah, and Chris Pine’s character, Steve Trevor, miraculously returns from the dead.

Date Change? The film has been pushed to October 2

This movie is a sequel to the 1992 original cult horror classic. Written and produced by scary-movie expert Jordan Peele and directed by Nia DaCosta, this movie follows the story of a hook-handed boogeyman who haunts a neighborhood in Chicago.

Date Change? Not too bad. Now scheduled for September 25

In the Heights (Originally June 26)

Based on Lin-Manuel Miranda’s Tony-award winning musical, this movie explores three days in the Dominican-American neighborhood of upper Manhattan.

Tom Cruise is finally back in the pilot’s seat in the follow-up to the 1986 classic. Jennifer Connelly, Val Kilmer, Jon Hamm, and Miles Teller also star.

Guy, a bank teller (Ryan Reynolds) realizes he is a character in an open-world video game that will soon go offline. Plus: Taika Waititi plays the villain. Sign us up.

Date Change? Free Guy is on the books for December 11

The first movie in this franchise, about a 12-hour period when all criminal activity is legal, first came out in theaters in 2013. This marks the fifth movie in the franchise that critiques the violent, animalistic tendencies lurking beneath modern America.

Date Change? This has been postponed indefinitely.

This mysterious Christopher Nolan film is about a secret agent whose mission is to stop a threat with World War III-caliber implications through some sort of time bending.

This movie is based on Disneyland’s theme park ride where a small riverboat takes a group of travelers through the jungle. There are all sorts of dangerous animals, and now, in the film, Dwayne Johnson and Emily Blunt are there.

This Wes Anderson film, starring all of his favorites, including Bill Murray, Frances McDormand, Owen Wilson and many, many more, is about an American newspaper in France. It’s said to be inspired by Anderson’s love of The New Yorker, which considering his whimsically satiric movies, definitely checks out.

This one has some serious Thelma and Louise vibes, except there’s no Brad Pitt and it’s got nothing to do with the Grand Canyon. Produced and written by Kristen Wiig and Annie Mumolo (Bridesmaids), the plot follows Barb (Mumolo) and Star (Wiig) as they leave their small Midwestern town for Vista Del Mar, Florida, where a villain plans to kill everyone in town. (Don’t worry. This is definitely a comedy).

In Sony’s latest comic-book film, biochemist Michael Morbius tries to cure himself of a rare blood disease, but ends up with a rare form of vampirism. Let’s hope Jared Leto didn’t go method for this one!

The third Bill & Ted film finds the two friends still trying to make music for their band, Wyld Stallyns, which they are convinced will save humanity and create the utopian society of the future. They’ve been working on this mission since 1989, and now Bill and Ted (Alex Winter and Keanu Reeves) are middle-aged dads who are told they have 80 minutes to keep all of reality from coming to an end.

The action-thriller directed and written by Paul W. S. Anderson is loosely based on the video game of the same name. In the film, a United Nations military team falls into a portal to an alternate world, where hunters fight giant monsters.

Hilary Weaver
Hilary Weaver is a freelance writer based in New York who writes about politics, queer issues, Meryl Streep, Glenn Close, and every woman the Queen has ever made a dame.