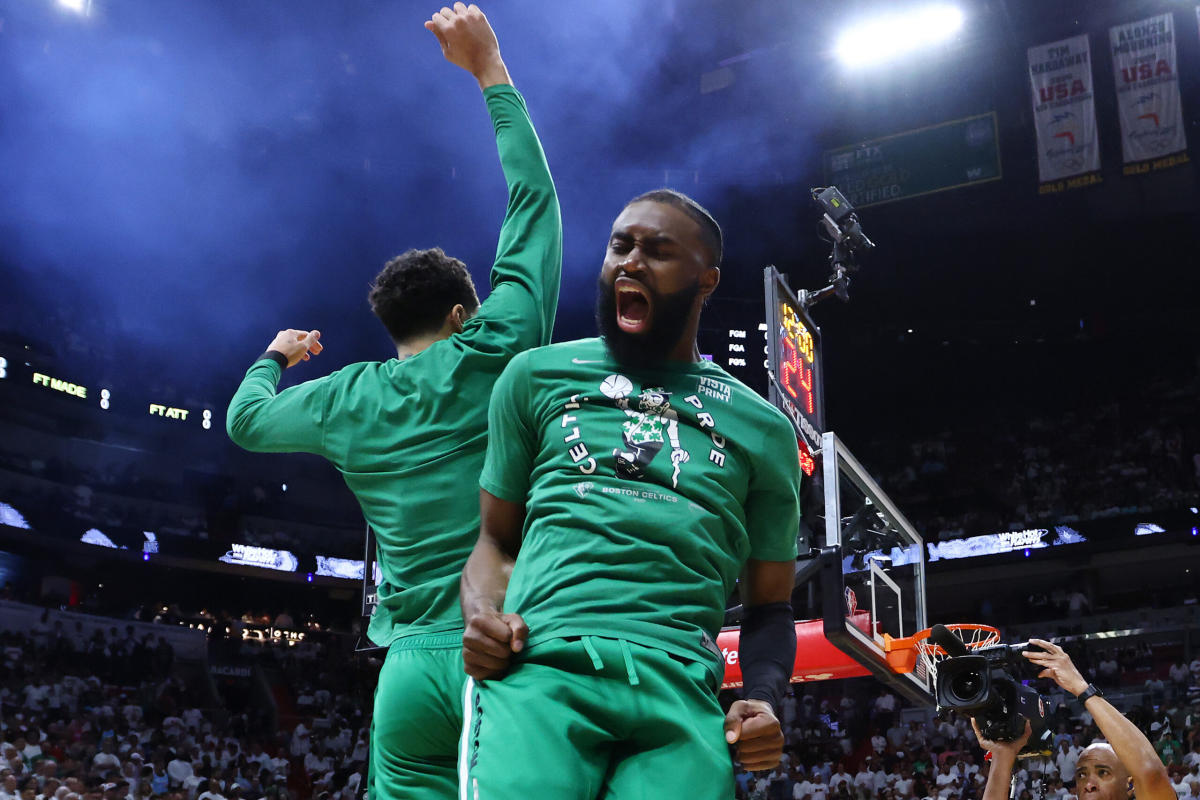 Will Jayson Tatum and Jaylen Brown take the Boston Celtics back to the NBA Finals?

Will Jayson Tatum and Jaylen Brown take the Boston Celtics back to the NBA Finals?

It is very, very hard to make it to the NBA Finals in any given season. In fact, many of the greatest to play the game never made it that far as clear evidence of that fact. It is even harder still to make it back again, which is exactly what the Boston Celtics hope to do with their two young star wings, Jaylen Brown and Jayson Tatum.

Very much easier to talk about than to do, by all early accounts, this iteration of the Celtics is laser-focused on pulling it off — and with reinforcements in tow at that.

After having added some big man depth to bolster the frontcourt during Robert Williams III’s absence, traded for point guard Malcolm Brogdon, and signed forward Blake Griffin, this team is poised to do some serious postseason damage.

And it isn’t out of the question that injured swingman Danilo Gallinari might return in the playoffs. But will it be enough?

“Hoops Tonight” host Jason Timpf gave his opinion on a recent episode of his show — take a look at the clip embedded above to hear it for yourself.