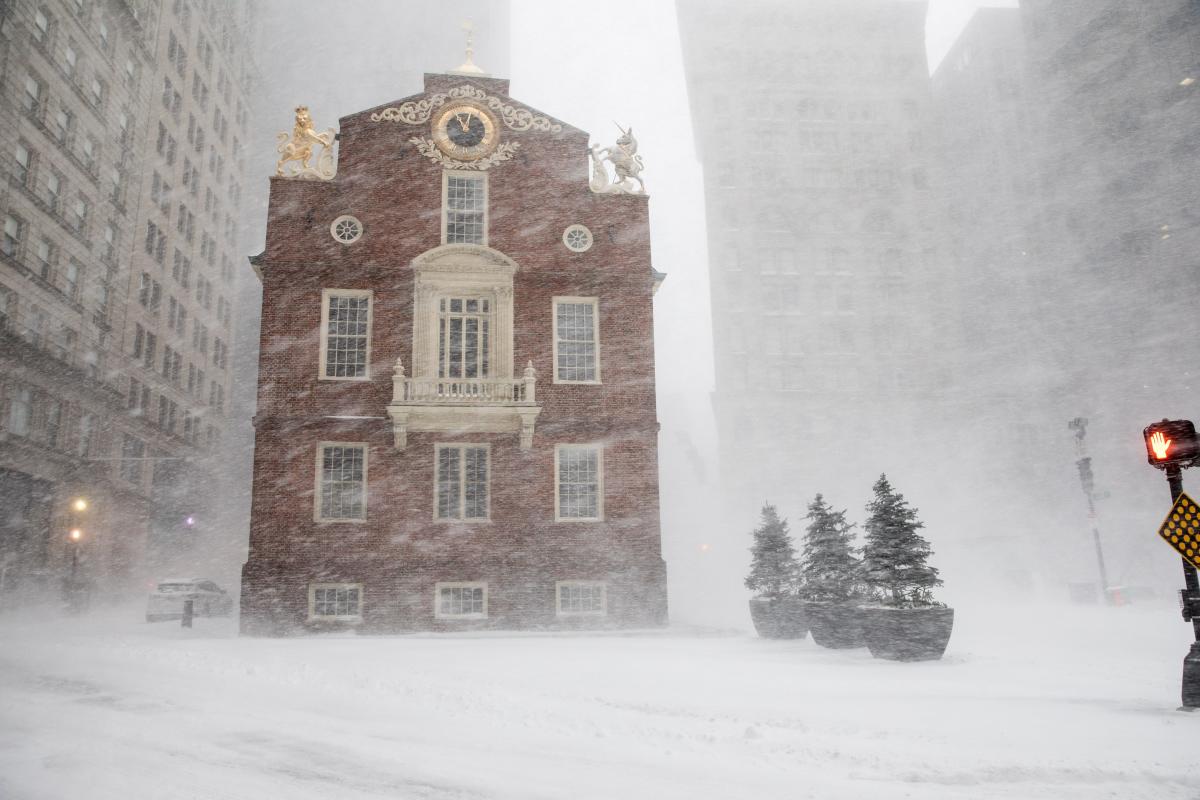 Parts of the Northeast were buried in up to 30 inches of snow Sunday as a “historic Nor’easter” released its grip on the region while bitter cold temperatures and strong winds swept across the entire East Coast.

Boston tied its record for biggest single-day snowfall on Saturday, with 23.6 inches, the National Weather Service said. Just 20 miles to the south, Stoughton, Mass., recorded the most snow of the storm: 30.6 inches. Some sections of New York City were blanketed by more than foot of snow, which fell from Maine to the Carolinas.

The cold reached even farther: The temperature in Tallahassee, Florida, dipped below 20 degrees for the first time in more than 10 years. The low temperature Sunday at the Florida Keys Marathon International Airport reached 46, breaking the record for the date set more than 65 years ago.

Massachusetts Lt. Gov. Karyn Polito spoke Sunday from the state Emergency Management Agency’s “bunker” in Framingham. She urged residents to stay off roads so plows could do their work unimpeded.

“The storm delivered just what experts predicted … with 20-30 inches, they were about right,” Polito said. “If you can stay home and enjoy the day and maybe take in some football games, then do that.”

At its peak, the storm pounded some parts of the state with up to 4 inches of snow an hour. More than 100,000 Massachusetts homes and businesses lost power, but more than half of those had power restored by Sunday afternoon. Dawn Brantley, director of the state Emergency Management Agency, said she hoped most of the power knocked out by the “historic Nor’easter” would be restored by Monday.

Brantley said National Guard members, police, fire departments and transportation workers were among those working to clean up after the storm. Accuweather Meteorologist Reed Timmer reported that gusts reached 99 mph in Truro, on Saturday.

“This was a very challenging storm, with heavy snowfall rates, strong wind gusts and very low visibility due to the whiteout conditions,” said MassDOT Secretary Jamey Tesler in urging patience during the cleanup effort.

In New York, the National Weather Service tweeted a warning for those digging out after the storm: “The day after our big nor’easter will be mostly sunny but 10-15 degrees below normal. Wind chills will make it feel like the teens for most, so bundle up when shoveling!”

Maine, New Hampshire, Massachusetts, Rhode Island, Connecticut, New York and New Jersey, along with much of the Delmarva Peninsula in Delaware, Maryland and Virginia all faced blizzard warnings Saturday.

The National Weather Service considers a storm a blizzard if it has snowfall or blowing snow, as well as winds of at least 35 mph that reduce visibility to a quarter-mile or less for at least three hours. In many areas, Saturday’s storm met those criteria.

“I was around for the Blizzard of ’78, and this one was worse,” Joe Brescia, 72, said Sunday as he shoveled his sidewalk in Warwick, Rhode Island. “The wind was tremendous.”