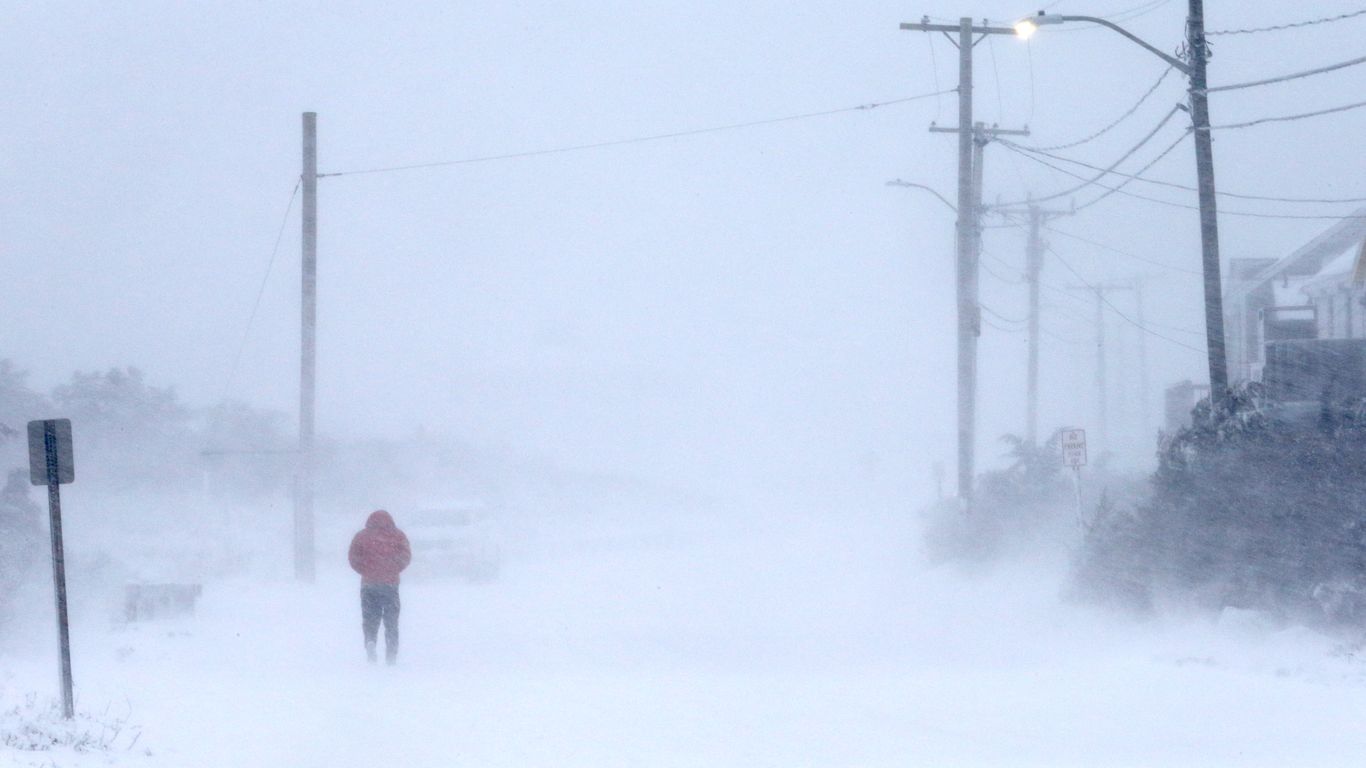 A historic blizzard is raging on Saturday from the northern Mid-Atlantic to New England, with Boston recording its snowiest January day and one of its top 10 storms of all time with at least 23.7 inches.

The latest: Reports of 16″ of snow have come in from parts of southeastern Massachusetts and eastern Connecticut, according to the National Weather Service’s (NWS) Boston office.

The big picture: The storm is being energized by powerful jet stream winds and a contrast in air masses as Arctic air pours in from Canada. The low-pressure area responsible for this blizzard is intensifying at an “explosive” rate, the NWS said.

Threat level: The jackpot region looks to be in eastern Massachusetts, where NWS forecasters are warning that “Localized amounts up to 3 feet are possible.” A snowfall total of 28 inches or higher would set the all-time record in Boston, a city that is no stranger to these types of winter storms. A two-foot total would put it in the city’s top 5 list.

What’s next: Heavy snow and high winds are forecast to rage in portions of southern New England through the evening, ending by midnight as the storm pulls away, off into the North Atlantic. But a bitterly cold night with wind chills below zero will make cleanup difficult, and pose a risk to anyone venturing out.

Flashback: Many of the Mid-Atlantic and Northeast’s biggest snowstorms on record have occurred since 2000, in line with climate change-related trends toward more frequent and severe heavy precipitation events.