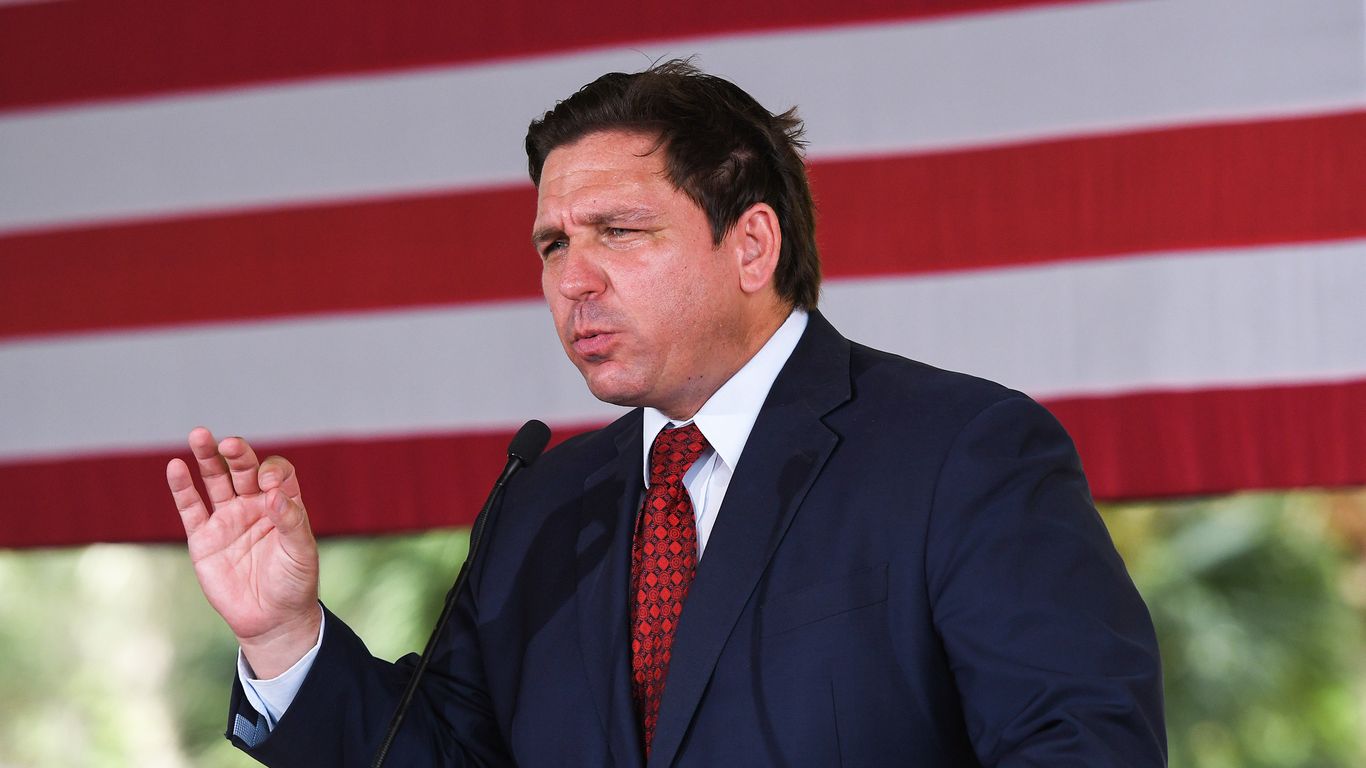 Driving the news: DeSantis insists the flights were voluntary. But the Bexar County sheriff’s office said in an emailed statement that it “has opened an investigation into the migrants that were lured from the Migrant Resource Center” in the county, where San Antonio is located.

Worth noting: Bexar County Sheriff Javier Salazar said at a news conference that it was unclear whether any laws were broken, but the migrants were “lured under false pretenses” into staying at a hotel before being flown to Florida and then Massachusetts.

What they’re saying: DeSantis told Fox News‘ “Hannity” on Monday night that the migrants had volunteered to go on the flights and “all signed consent forms to go.” They were provided with “a packet that had a map of Martha’s Vineyard” and contact numbers for immigration and refugee agencies, he said.