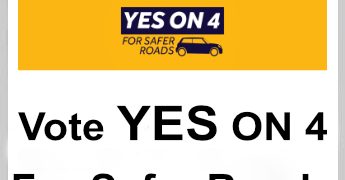 Yes On 4 in Massachusetts! Why ‘YES’ vote on Question 4 matters

Yes On 4 in Massachusetts! Why ‘YES’ vote on Question 4 matters 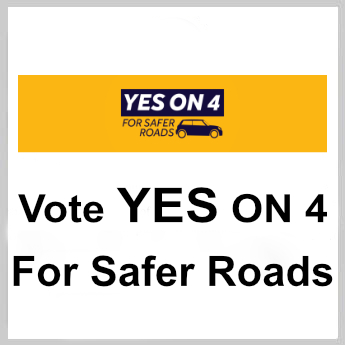 Why ‘yes’ vote on Question 4 matters

Come Nov. 8, vote yes on Question 4 on your Massachusetts ballot. My own story shows why it’s important.

I remember when I first drove a car in the United States. I was 21, driving without a license, and I got stuck in a snowbank.

There I was, crying and calling my family and my neighbor. I was afraid a police officer would try to help me because I was unlicensed. I can still remember the fear.

Last summer, state legislators passed the Work and Family Mobility Act, which allows qualified Massachusetts residents to apply for a driver’s license regardless of immigration status. For immigrants like me who have been in the country for more than a decade, that was a huge victory — and a relief for many immigrant families.

The law is scheduled to go into effect in July; however, a small group of people has used misinformation and hate speech to add a general-election ballot question that would reverse this legal achievement.

My requests are twofold: that you vote yes on the referendum – to keep the law intact – and that you educate anyone who argues otherwise.

Massachusetts is the 17th state to have passed a law to extend a driver’s license to all residents regardless of immigration status. The law is scheduled to go into effect in July 2023. States that have implemented licenses-for-all-qualified-drivers laws have noticed that it has made the roads safer.

Researchers at the Stanford Policy Lab found that after California passed its law in 2013, hit-and-run accidents declined by 7% to 10% in 2015 after the state extended licenses to 600,000 people.

When I think about the prospect of deportation for an inconsequential mistake like hitting a snowbank, I understand why someone without a license would flee a fender bender. Younger Cristina needed the opportunity to be a tested, licensed and insured driver. That would have made the roads and me safer.

I mentioned fear of police, but law enforcement in Massachusetts has endorsed the Work and Family Mobility Act as a common-sense law. The police wanted to know that I was tested, licensed and insured. Most of all, they wanted to help me if I needed help. They do not want 21-year-olds to be scared of them.

Fear of the police does not help our communities. In my research as a social work doctoral candidate, I ask immigrant mothers about their social networks and how the people they know help them, and vice versa. My questions imply that they’re mobile, but many participants drive a car in fear or need to take public transportation and walk an extra mile wherever they go.

According to estimates from the Migration Policy Institute, more than 200,000 unauthorized immigrants live in Massachusetts. Many are part of mixed-status families, with approximately one in 20 U.S. citizen children in Massachusetts residing with at least one undocumented family member.

Undocumented immigrants in Massachusetts paid an estimated $253 million in state and local taxes in 2018. Immigrants, regardless of documentation status, go to work, school, church and medical appointments and visit friends. They are an integral part of the commonwealth and need the option to drive without fear of deportation.

A fear-mongering group is spreading a lot of misinformation about the law in an attempt to overturn it. To clarify, I will point out what this law does not do:

I have lived half of my life in Massachusetts. This is my home. Today, I am a mother of two kids, a wife, an American citizen with an all-but-dissertation Ph.D. in social work. I am, proudly, a Brazilian immigrant.

The people behind this ballot question are not representative of the love that Massachusetts has for its immigrant communities.

We will show that love at the polls in November by voting yes on Question 4 overwhelmingly. Show me. Show us, Massachusetts.

Cristina Araujo Brinkerhoff is a doctoral candidate at Boston University School of Social Work. Her dissertation is about the impact of social networks on the emotional health and well-being of immigrant mothers. She is a board member at the Brazilian Worker Center.

Support Yes on 4 for Safer Roads!

The Driving Families Forward Coalition is now the Vote YES On 4 for Safer Roads campaign!

Our campaign will be Question 4 on the statewide ballot on Tuesday, November 8th, 2022, and we’re going to ensure Massachusetts voters vote YES on 4 for safer roads for all drivers. It’s a commonsense law that makes our roads safer for everyone, while letting families legally make essential trips, like dropping off kids at school and getting to work, medical appointments, and the grocery store.

Join the YES on 4 for Safer Roads campaign and sign up to take action to keep the law in place for safer roads, greater public safety, and work and family mobility.

Statement of the Massachusetts Bishop’s – Vote Yes on 4

In June of this year the Massachusetts legislature overwhelmingly passed into law a bill which provides a path for Massachusetts residents without immigration status the ability to obtain a driver’s license. That bill was not only supported by the Roman Catholic Bishops of Massachusetts, but also by the majority of the state’s sheriffs, district attorneys, as well as the Major City Chiefs of Police Association. The law has numerous identification and safety provisions which will make our roads safer for all operators of motor vehicles. It will also finally provide immigrants, who are too often marginalized, the opportunity to legally drive to work, the grocery store, medical appointments, childcare, school and other essential tasks without the fear of violating the law.

The Bishops of the four Dioceses in Massachusetts urge voters to join thirteen other states and vote Yes on Question 4.

This November, Vote Yes On 4 For Safer Roads!

As part of the Massachusetts Vision Zero Coalition, which seeks to eliminate all traffic fatalities and severe injuries, while increasing safe, healthy, equitable mobility for all, WalkBoston stands in support of the Yes on 4 for Safer Roads Campaign. This ballot campaign upholds the common-sense law known as the Work and Family Mobility Act, which was enacted earlier this year and allows qualified residents, regardless of immigration status, to apply for a standard driver’s license.

As a Coalition focused on improving street safety, we know this law will meaningfully improve road safety for everyone, and will dignify all our residents with the freedom to travel safely and legally. Voting YES on ballot question 4 in November will preserve this law, improve mobility, and ensure more drivers on our roads are trained and licensed.

A YES vote on ballot question 4 will:

Voting YES ON 4 would allow Massachusetts to experience the safety and revenue benefits that many states with similar laws have enjoyed. The District of Columbia and 17 other states, including most of our neighbors, have similar laws; some of those states have had such laws in place for decades. States like California and Connecticut have seen significantly fewer hit-and-run crashes, and Utah and New Mexico have seen uninsured driving drop 80 and 60 percent respectively. In the Commonwealth, voting YES ON 4 is projected to bring an additional $5 million in taxes and $6 million from fees, inspections, and other services within the first three years.

Ensuring that all drivers in Massachusetts are tested, licensed, and insured will lead to safer roads for all of us, which is why the Work and Family Mobility Act was endorsed by a majority of Massachusetts city police chiefs, sheriffs, and district attorneys, including the Massachusetts Major Cities Chief of Police Association